Samsung Galaxy A Series To Launch On 17 March? 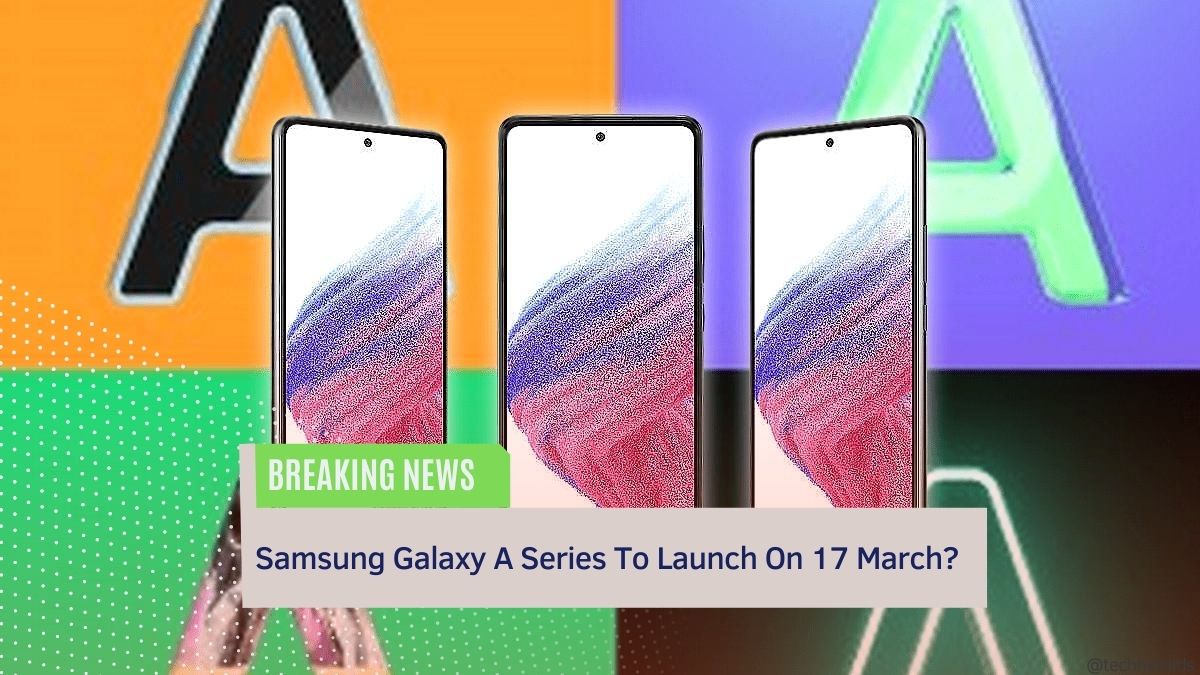 The invitation also confirms that there will be a live stream of the event. The event will take place on March 17. Samsung will likely launch the Galaxy A72 and the 5G-enabled Galaxy A52 as expected on March 17. Both smartphones are expected to be the successors of the Galaxy A51 and the Galaxy A71, which were released late in the last year. The business is reportedly planning an IP67 certification for its next smartphones. It would make both of these smartphones the first Galaxy A series devices to get this rating, making them the first in the series to do so.

The Korean tech giant Samsung will include a display with a refresh rate of 120Hz in its smartphone models. According to Samsung, the Galaxy A52 may be available in both 5G and 4G configurations. The Galaxy A72 is likely to be known solely in 5G LTE configuration.
According to Samsung, a 6.5-inch Full HD + Super AMOLED display is available in the Galaxy A52, and a 6.7-inch display is available in the Galaxy A72. The Infinity-O design will be used for the display. On each of these smartphones, the business may provide a selfie camera with a resolution of 32 megapixels.

When it comes to the back camera setup seen on both smartphones, the Galaxy A52 and Galaxy A72 will have four rear cameras. It may be equipped with a primary camera with a resolution of 64 megapixels, an 8-megapixel ultra-wide-angle lens, a 5-megapixel macro lens, and a 5-megapixel depth sensor, among other features.

Both devices are believed to have a display with a 120Hz refresh rate. Meanwhile, the Qualcomm Snapdragon 750G chipset is used in the Galaxy A73 5G smartphone. 5000mAh battery with support to 25W fast charging is rumored to be included in the Galaxy mid-range smartphones. However, the major shortcoming about these upcoming devices is they both will ship without a charger included in the box.