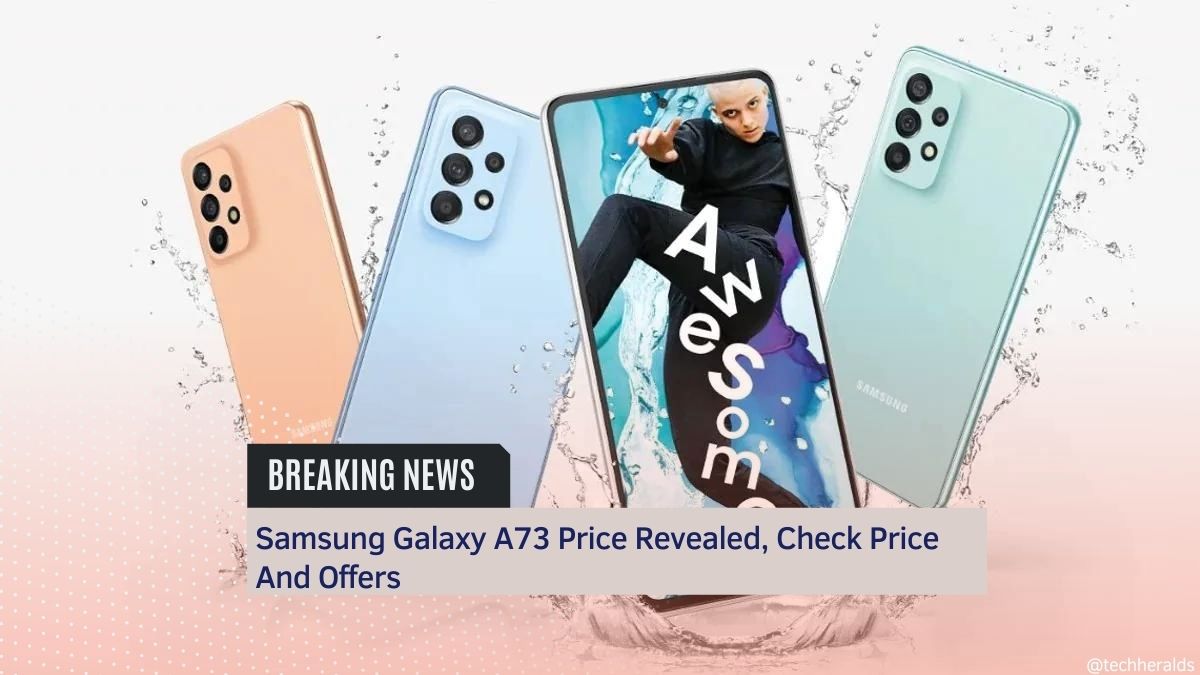 The South Korean tech giant launched Samsung Galaxy A73 in India, and it’s the latest addition to the A-series. After being unveiled worldwide, the Galaxy A73 was launched in India late the last month. But it isn’t the only model in the refreshed lineup: Samsung is also introducing four other models in its A-series.

The Galaxy A72 is the predecessor of the Galaxy A73, and there are some significant improvements in this model—most of them are in photography. The primary camera has a resolution of 108MP and operates on Android 12’s most recent operating system. In India, the Samsung Galaxy A73 is available in two configurations: 8GB RAM/128GB storage or 8GB RAM/256GB storage.

Samsung Galaxy A73 Price In India

You can pick it up in two different configurations: 8GB of RAM and 128GB of storage or 8GB of RAM and 256GB of storage. The former will cost you Rs 41,999, while the latter will set you back Rs 44,999. Compare that to last year’s Galaxy A72, which started at a price point of Rs 34,999 for the 8GB+128GB model, and you’ll see that there has been a significant increase in price for this year’s model.

It features a 6.7-inch FHD+ Super AMOLED Infinity-O display with a 120Hz refresh rate and a 1080×2400 pixels resolution. The phone comes with a punch-hole display for the selfie camera and is protected by Corning Gorilla Glass 5. The Qualcomm Snapdragon 778G chipset, coupled with the Adreno 642L graphics processor, will power the phone. The phone has up to 8GB of RAM and 256GB of internal storage, which is further expandable with the use of a microSD card.

The square camera module on the back of the smartphone houses the quad rear cameras. The Samsung Galaxy A73 features a 108MP primary sensor with an f/1.8 aperture and OIS, a 12MP ultra-wide-angle lens, a 5MP macro lens, and a 5MP depth sensor. The phone also has a fingerprint sensor on the back.

The Samsung Galaxy A73 should shi[ with OneUI 4.1 custom skin, which is based on Android 12. Dual speakers with AKG sound, Dolby Atmos, and IP67 water resistance are among the features available on this handset.

Offers On Galaxy A73

Customers who pre-order the Samsung Galaxy A73 will be eligible to get the Galaxy Buds, which otherwise costs Rs 6,990, for a discounted price of Rs 499. On the Galaxy A73, Samsung is also providing an immediate rebate of Rs 3,000 to customers who use Samsung Finance+, SBI credit cards, or ICICI Bank credit cards. Furthermore, customers can avail of an additional cashback of up to Rs 3,000 when they use any HDFC Bank debit or credit card. These offers will remain valid until April 7th.

Customers will be able to take advantage of extra incentives when Samsung hosts a special Galaxy A73 sale event on its website on April 8th at 6 PM IST. During this time, customers who pay with any bank’s credit or debit card will get cashback on their purchases.