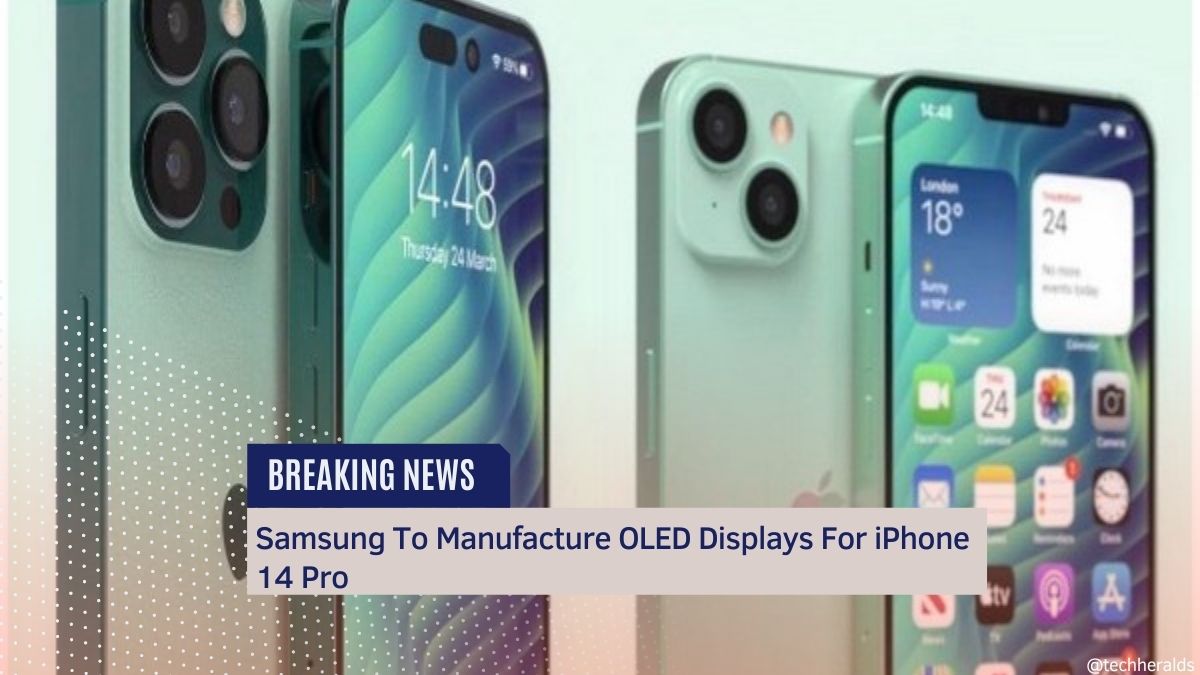 For some time now, Apple has relied on Samsung to provide OLED displays for its iPhone series. However, the Cupertino-based company is now looking to reduce its dependency on the Korean tech giant.

According to display industry analyst Ross Young, Apple will only release one iPhone 14 series model this year, which will feature Samsung-made displays. According to Mashable, the 6.1-inch iPhone 14 Pro will be available entirely from Samsung this year, with orders for the 6.7-inch Pro Max being split between Samsung and LG.

Despite no official confirmation from Apple, Young believes that the 6.7-inch iPhone 14 and 5.4-inch Mini will use OLED displays produced by BOE in China, with “tiny” volumes shipped from LG Display and Samsung Display, respectively.

According to a recent report from DigiTimes, Apple has selected BOE to manufacture the display panels for its iPhone 14 series models. BOE will be responsible for 20-25 per cent of displays for the 6.1-inch iPhone 14, with LG and Samsung split evenly, manufacturing the remaining 75-80 per cent of displays. BOE is expected to manufacture most displays for the 6.7-inch iPhone 14 Max, with LG and Samsung splitting the remainder of orders.

Apple is not employing only LG as a display manufacturer due to LG’s inability to mass-produce LTPO panels at this time; LTPO panels are essential to providing a variable refresh rate on smartphone screens. Regular iPhone 14 models will likely feature 60Hz screens in their default configuration, whereas Pro models should feature variable refresh rates between 60Hz and 120Hz, depending on content.

According to a new report from DigiTimes, Apple will upgrade the sensors and camera modules of the iPhone 14 series. The iPhone 14 Pro Max will have a 120Hz refresh rate due to this, just like the iPad Pro. Additionally, the CPU for the iPhone 14 is powered by a chip that was developed on a more advanced manufacturing node than the A15 Bionic chip from last year. According to Apple, the iPhone 14 series is scheduled to be released in September.

Another theory is that the new iPhone 14 Max size will allow Apple to hike iPhone pricing this year due to the larger screen size. Because of the lack of the small, the cheapest new iPhone will no longer start at $699 (after the $30 carrier offers are taken into account). In opposition to this, the iPhone 14 will start at $799, the same price as the current-generation iPhone 13.

According to Digitimes, which cites supply chain sources in Asia, Apple plans to continue providing customers with a wide range of choices this year. This means that buyers will be able to get both minis and phones as usual, with sizes ranging from 5.4 inches up to 6.7 inches for the most significant model. It’s unclear if Apple will call it an “iPhone 14 Plus” (or “iPhone 14 Max,” as it was called last year) or something else entirely, but regardless of what it’s called, having such a wide variety of options available is good news for consumers.