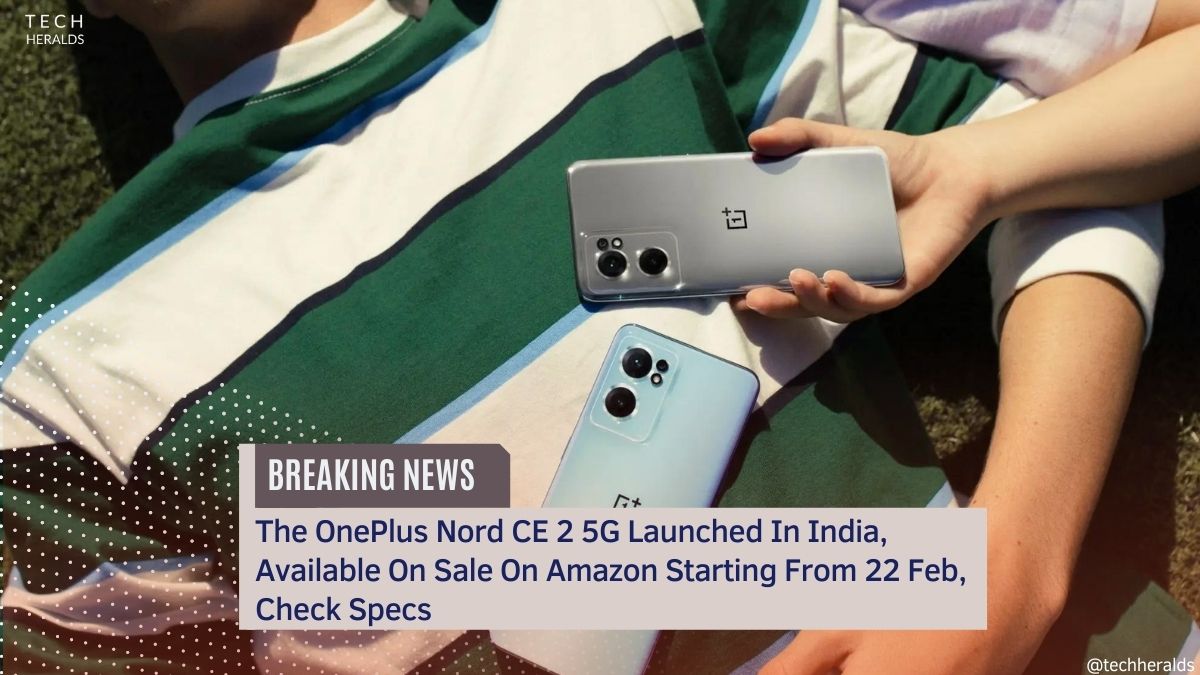 OnePlus India today announced the launch of the OnePlus Nord CE 2 5G. As the name implies, it is an updated version of its predecessor, the OnePlus Nord CE (Core Edition), which was initially introduced in India last year. The phone, which was anticipated to be released in August of this year, has arrived in the Indian market much sooner than expected.

The Nord CE 2 5G features a few upgrades compared to its predecessor. The OnePlus Nord CE 2 5G comes with MediaTek’s Dimensity 900 SoC under its hood and is expected to be a mid-range device. Cameras and the Dimensity 900 chip are considered the main highlights of the upcoming phone.

OnePlus launched the OnePlus Nord CE 2 5G in today’s event. Along with the phone, the tech firm has also introduced two televisions in the same event – OnePlus TV Y1S and OnePlus TV Y1S Edge. Both the TVs are powered by Android Operating System and have Full HD+ display panels supporting HDR10+ content.

There had been an influx of rumors and leaks about the phone’s specifications. The launch event has finally raised the curtain from them. Let’s have a look at their specifications and price.

The OnePlus Nord CE 2 5G features a triple rear camera system that houses a 64MP camera with EIS, a 2MP macro lens, and an 8MP ultra-wide shooter with EIS support and a 119-degree field of view. A squared bumpy camera design on the back adds a different charm to the phone.

Two out of three rear cameras have larger lenses, while the remaining one looks very minute in size. On the front side, there’s a 16MP selfie camera with EIS. The 16MP selfie camera capable of shooting high quality videos at up to 60fps. It also comes built with AI selfie beautification mode.

The phone also has an inbuilt AI-enabled feature that automatically optimizes its performance based on your usage by keeping background apps from consuming unnecessary resources when you are not using them. It also helps optimize battery usage for better standby time, especially for those who do not use their phones heavily.

As far as the battery is concerned, the OnePlus Nord CE 2 5G carries a 4,500mAh battery with 65W SuperVooc fast charging, which allows the battery to get fully charged within a few minutes.

The device offers both 4G LTE and 5G connectivity options. The phone comes with Bluetooth version 5.2, dual-band Wi-Fi, and various Bluetooth codec support so you can listen to music with your TWS earbuds, such as OnePlus Buds Z2 and Buds Pro. The phone also has a 3.5mm audio jack so that you can listen to music via wired headphones. The OnePlus Nord CE 2 5G supports two Nano sims and has a dedicated slot for a MicroSD card.

Starting on February 22, 2022, the smartphone will be available for purchase on Amazon, the OnePlus India website, and in select offline locations.