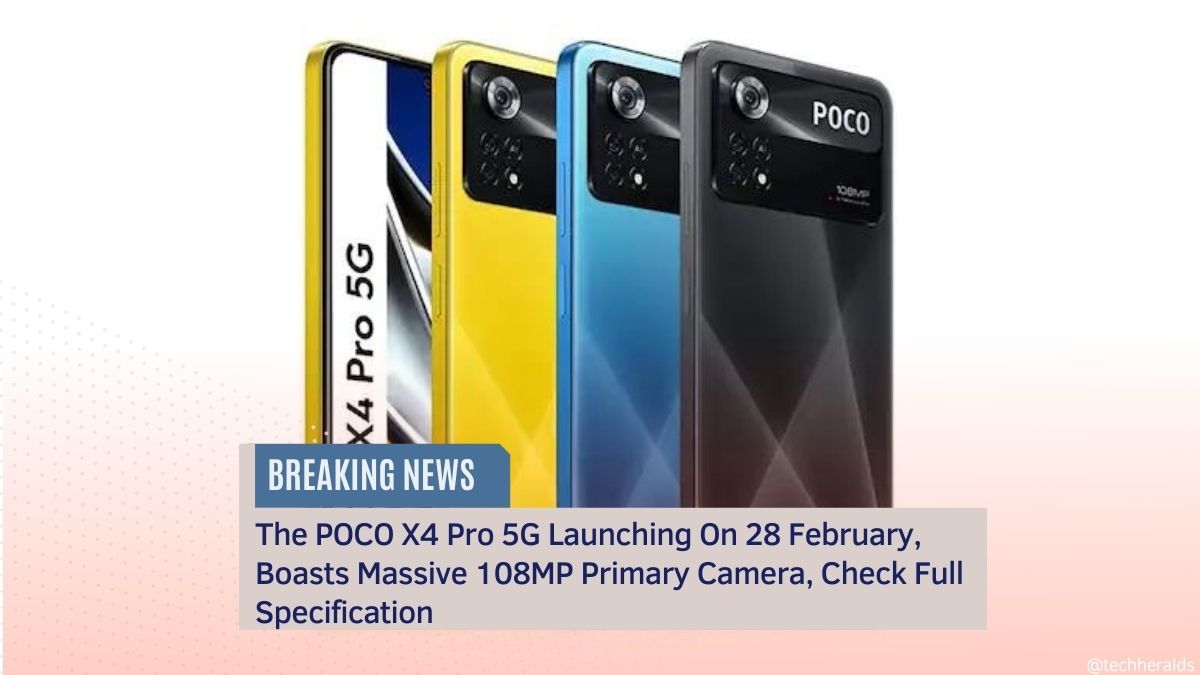 It has finally arrived! POCO has announced the release of two new flagship smartphones, the POCO X4 Pro 5G and the POCO 44 Pro 5G, as well as their respective release dates. Both phones had previously been rumoured to be released in February, and now we know when they will be available: The confirmed launch date is February 28 at 12:00 UTC.

POCO, a subsidiary of Xiaomi that specializes in consumer electronics, has announced the debut date of the POCO X4 Pro 5G via a tweet. According to the information provided by the firm, the brand’s forthcoming smartphone will be unveiled during an event that will be streamed live on social media sites such as YouTube, Facebook, and Instagram. Currently, there is no information available regarding the non-pro versions of the smartphone from the manufacturer.

Xiaomi launched the Mi 11 range of smartphones in India earlier this week. Prior to its official introduction at Mobile World Congress (MWC), the POCO X4 Pro specs have been leaked in full through an Amazon France listing, leaving little room for speculation.

The POCO X4 Pro 5G has been officially listed on Amazon France, and it seems to be a rebranded Redmi Note 11 Pro 5G — which was first introduced in India in October of last year and has since gone global. According to the Amazon France website, the item is available in the colour Black and has a plastic back panel with an unusual design that reminds us of the Xiaomi Mi 11 Ultra smartphone. Other colour possibilities are available, including Blue and Yellow variations.  Let’s have a look at some of the specifications that have been revealed here so far.

Also Read: Realme Narzo 50 Launching In India Soon! Have A Look At The Phone Specifications Before Buying

The future POCO X4 Pro 5G will be the first smartphone to have an extraordinarily high-resolution display with a refresh rate of 120Hz. It will have a touch sampling rate of 360Hz as well as Gorilla Glass 5 protection for further durability. The smartphone is likely to be powered by the Qualcomm Snapdragon 695 mobile platform and will come in 6 GB and 8 GB RAM configurations. In addition to 128 GB of built-in storage, both devices are expected to come with an additional microSD card slot that may be shared by both models.

The POCO X4 Pro 5G is a smartphone with impressive photographic skills. The phone will be equipped with a gigantic 108MP main camera, which will be backed by an 8MP ultra-wide lens and a 2MP macro lens as well. The front of the phone will include a 16MP camera for taking selfies. The smartphone will be equipped with a 5,000mAh battery that will be capable of receiving 67W of charging. It is believed to come pre-installed with MIUI 13, which is based on Android 11.

The Poco X4 Pro 5G with 8GB of RAM and a 256GB storage option is estimated to be priced at approximately £350 when it launches later this year (around Rs 29,650). Speculation is that when it releases in Indian markets, the phone will be available for purchase on Amazon.