The Samsung Galaxy S22 Ultra Lunched! Here Are The Specs And Price 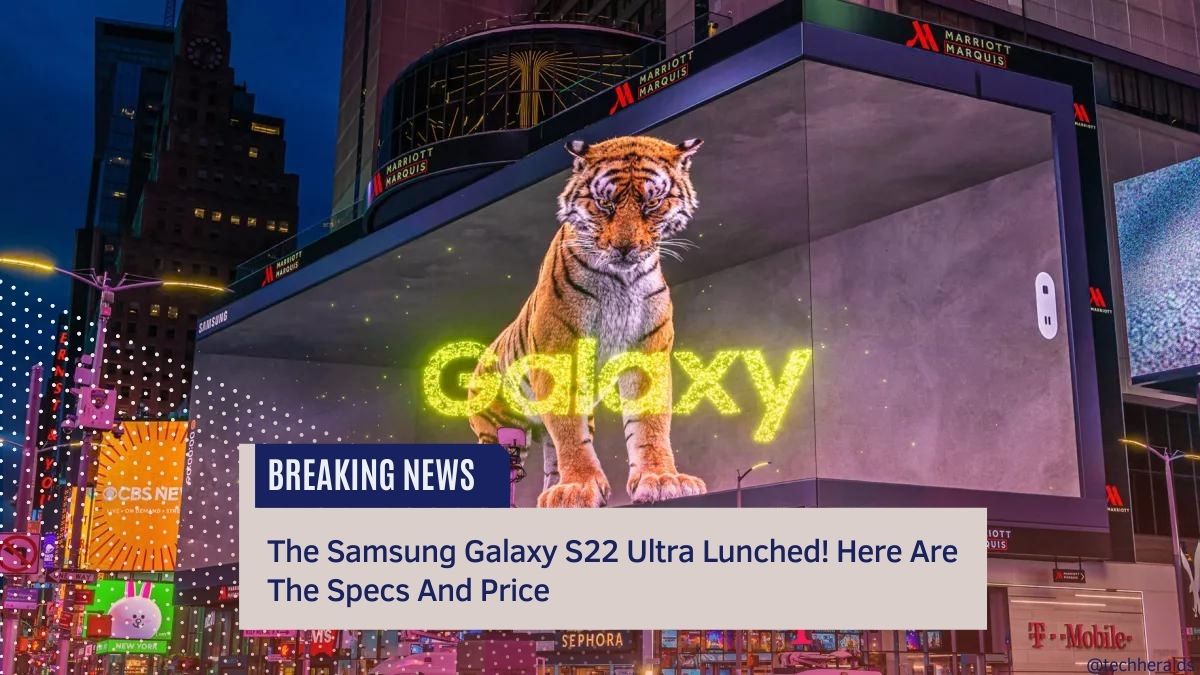 The Samsung Galaxy S22 Ultra is a device many of you may have been waiting for, and now the wait is finally over. The most premium offering from the company debuted at Galaxy Unpacked 2022 event, and it looks like Samsung didn’t skimp on anything when it came to this phone. Samsung’s Galaxy S22 Ultra is the latest flagship smartphone of the company, and it comes with a massive 6.8-inch display, a 108MP camera, and a pretty good all-around design.

The phone looks quite similar to last year’s Note 20 Ultra in terms of design, except that there isn’t any camera bump on the back. The rear glass is made of Corning Gorilla Glass 5, while the sides are made from metal. The Samsung Galaxy S22 Ultra comes with a large 6.8-inch Dynamic AMOLED 2x display with 30801 x 1440 QHD+. This display features curved edges and has a hole-punch camera cutout in the top right corner. The display is also protected by Corning Gorilla Glass Victus and offers a 120Hz screen refresh rate.

According to leaked the Samsung Galaxy S22 Ultra, design renders, the phone will come with a boxy design with a curved screen. The render also reveals that the phone will have an S Pen slot at the bottom edge. The slot will allow users to keep the S Pen stylus previously only available in the Note line. So far, we can confirm that it comes in three colors: green, burgundy, and white. It measures 163.3 x 77.9 x 8.9mm in size and weighs 227 grams.

The company has also stated that they have added an AI-powered image quality enhancement mode which will help enhance the details, colors, and brightness of the images, fully utilizing the potential of the massive 108MP primary sensor.

According to the latest reports, next flagship of the Korean tech giant, the Samsung Galaxy S22 Ultra, will have a Snapdragon 8 Gen 1 SoC under its hood. This is according to a release schedule for Qualcomm’s chips spotted by XDA Developers. In addition to this, the report also claims that an Exynos 2200 SoC will be used in some regions.

The storage configurations revealed so far are 8GB + 128GB, 12GB + 256GB, 12GB + 512GB, 12GB + 1TB. However, it is worth noting that the 1TB storage variant will only debut in select markets. It will be running the latest Android 12 operating system with Samsung One UI on top. The device will come with a 5000mAh battery size and support 45W fast charging, the highest yet for a Samsung smartphone. The device will also come with an S Pen, almost three times faster than the Note 20 Ultras’.
The Samsung Galaxy S22 Ultra Price in India