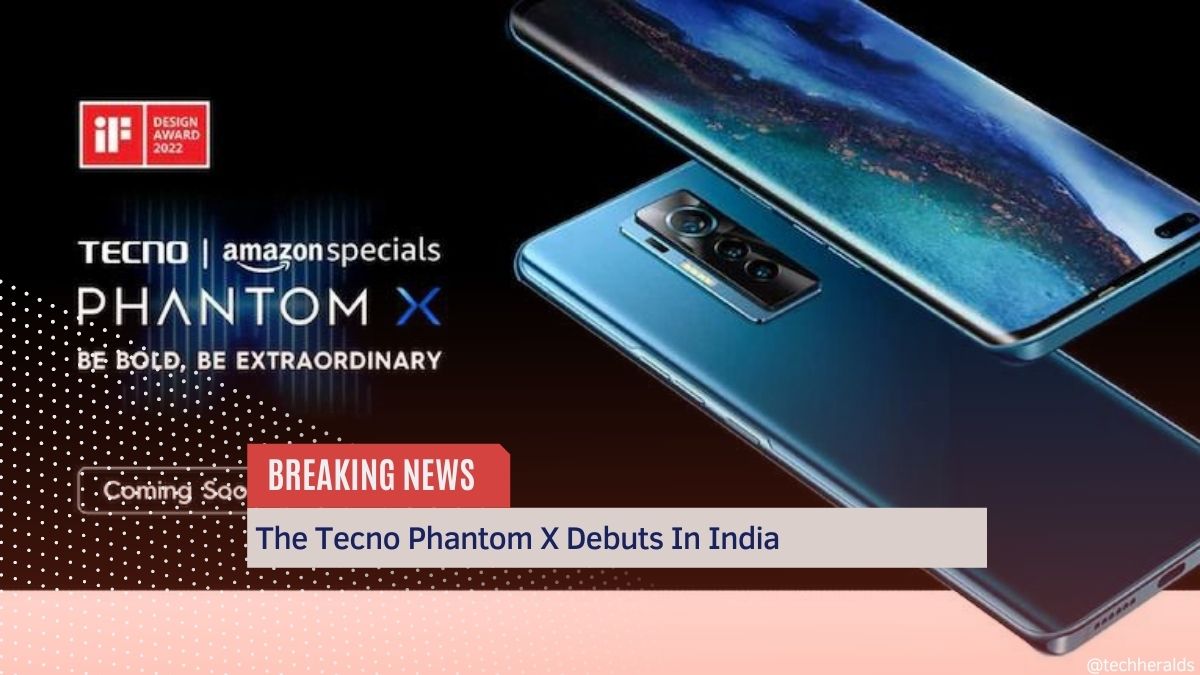 To mark the launch of its highly anticipated the Tecno Phantom X smartphone in India, Tecno has presented the device, which has a starting price of Rs 25,999. This is one of the most high-end smartphones that the firm has ever introduced in the Indian market. Another of the device’s most significant features is its 90Hz OLED curved display, which includes a 50MP triple back camera configuration and its 4,700mAh battery, which supports 33W fast charging. Other prominent features include a 50MP triple rear camera system and a 90Hz OLED curved display.

In addition, the Chinese manufacturer has released a video that specifies the price of the gadget in question. Furthermore, Amazon India has provided a list of Phantom X’s technical characteristics. In addition, it’s worth mentioning that the Tecno Phantom X smartphone made its debut in June of last year, making this the device’s second debut.

Among other things, the Tecno Phantom X will ship with a 6.7-inch Full HD+ Curved AMOLED display with a 90Hz refresh rate and an optical in-display fingerprint reader. Additionally, Gorilla Glass 5 protects the device’s front and back surfaces, respectively. There is a pill-shaped notch in the display’s top left corner, which houses the dual-camera system on the front panel. The smartphone runs on an octa-core MediaTek Helio G95 CPU and boasts 8GB of RAM and 256GB of internal storage space.

On the battery front, this Tecno smartphone will take its juice from a 4,700mAh battery capable of quick charging at a speed of 33W. The smartphone comes with a Type-C port for charging.

The customer would get an additional Bluetooth Speaker worth Rs 2,999 with each Phantom X purchased, according to the company’s statement on the matter.

Summer Sunset and Iceland Blue are the two colour choices available for the smartphone.