The Vivo Y15s Launched In India, Sits Under 15K Budget 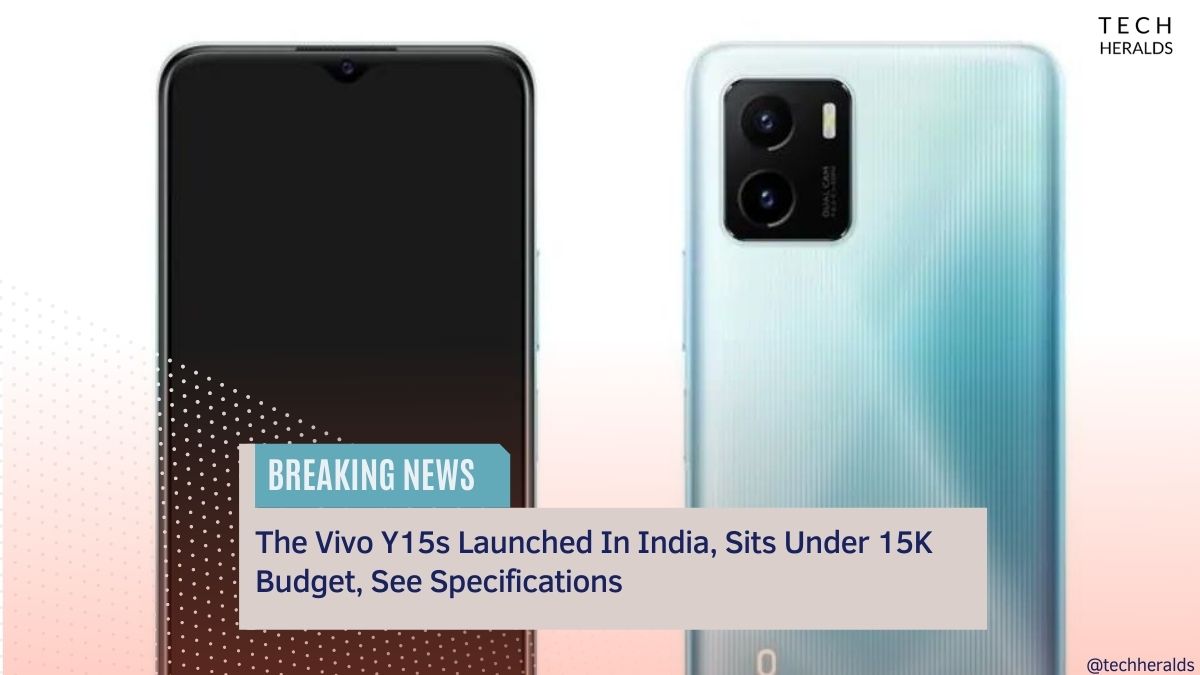 The Vivo Y15s, a smartphone from the Chinese company Vivo, is yet another solid competitor in the 10K to 15K price range. In launching this device, the company hopes to compete with the existing jam-packed smartphones in the same price range that are currently on the market. In this round, the Vivo 15s will compete against Samsung’s M series variants, the Oppo A12 and the Redmi 10 Prime. The 5000 mAh battery and the stylish appearance of the Vivo Y15s are the device’s main selling points.

The Vivo 15s was officially introduced on February 18 and has been available for purchase since then. “We are pleased to present the Vivo Y15s, which has a big 5000 mAh battery as well as a fashionable appearance. Our current offering is part of our strategy to establish a strong portfolio by providing customers with a varied selection of smartphones in several categories, such as smartphones for business, “Vivo India’s Director of Brand Strategy, Yogendra Sriramula, announced in a statement.

Specifications Of The Vivo Y15s

The Vivo Y15s, with its 6.51-inch screen and 8.28mm thickness, is the slimmest smartphone on the market, weighing just 179 grams and measuring 8.28mm in thickness. Because of its waterdrop-style notch and small bezels, it feels just stunning in your palm. The phone has an anti-fingerprint coating as well as a curved design to prevent it from slipping out of your hands too quickly.

It also has a MediaTek Helio P35 CPU on the inside,  combined with up to 64GB of storage and 3GB of RAM. The camera setup on the rear is likewise impressive, with a 13MP main sensor and a 2MP super macro camera for taking images that will wow you with their clarity and sharpness. The smartphone is built for daily shooting, with features like Timelapse, Face Beautification, Photos, Videos, Live Photo, Pro Mode, and Documents, which provide for a pleasurable photographic experience overall. On the front of the Vivo Y15s, you’ll have an 8MP selfie camera with an Aura screen light, which will make your photos pop even more.

It has a 5000mAh battery that can charge other devices while you’re on the road, which is convenient while traveling. In addition, the multi Turbo 3.0 technology used by the phone raises the quality of the data connection, the speed of the system processor, and the efficiency with which it conserves power to an entirely new level.

Also Read: Realme Narzo 50 Launching In India Soon! Have A Look At The Phone Specifications Before Buying

The Vivo Y15s Price In India.