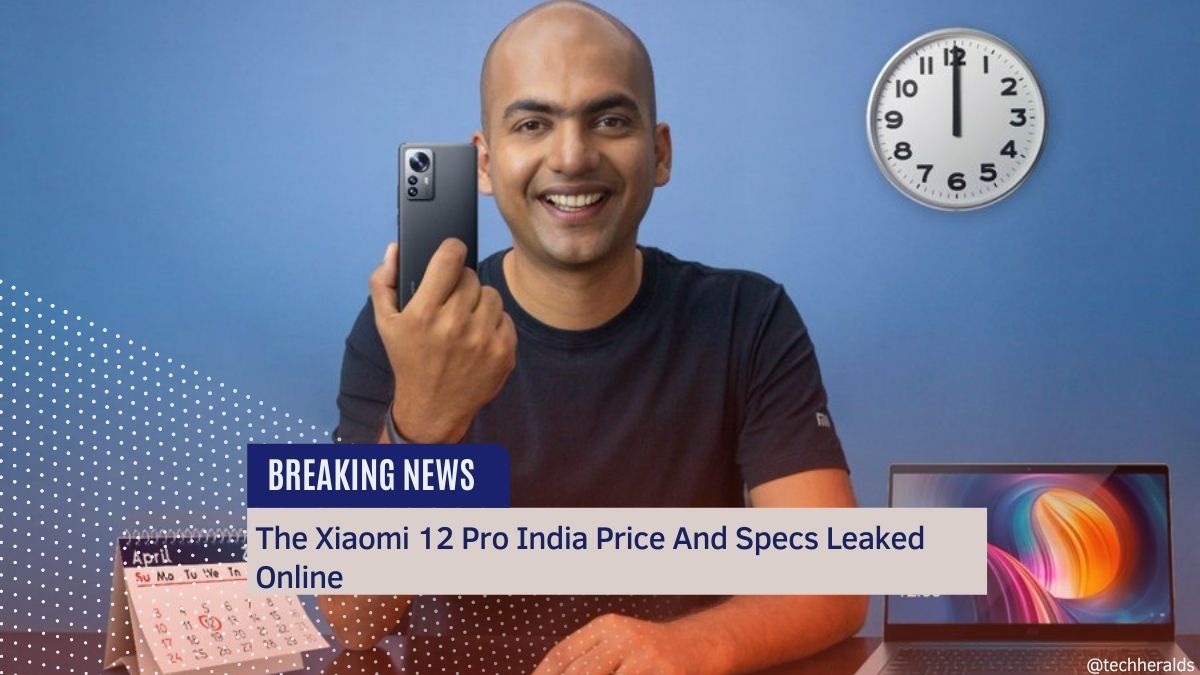 The Xiaomi 12 Pro, following the success of the Xiaomi 11, is set to be released in India. The phone will feature all of the latest 5G technology and include a number of updates that make it an improvement over the first 11 models.

The phone will feature a “showstopper” design that Xiaomi hopes will appeal to a wide range of consumers, with an emphasis on style and function. According to one commentator who was lucky enough to look at the phone early, “this thing is amazing.”

Xiaomi will make a special announcement regarding the phone on April 12, 2022. There are rumours that they may release additional features or models, but the company has not confirmed anything.

Xiaomi India recently shared a tweet on Twitter saying, “With the #Xiaomi12Pro 5G, you’ll get the best of both worlds: ultimate performance and perfect elegance. The Showstopper is guaranteed to leave you speechless.”

The Xiaomi 12 Pro is poised to be launched in India, according to a tweet from the company’s India head, Manu Kumar Jain. The phone was first introduced in China at the end of last year, followed by its launch in Europe last month.

The phone details are yet to be revealed by the company, but it is expected that it will be similar to its international counterpart. There are three variants of the Xiaomi 12 series worldwide, and only the Pro variant may be available for purchase in India.

While Manu did not list any specifications for the device, likely, this will merely be a rebadged version of the international Xiaomi 12 Pro. It is unlikely to get any modifications or additions to the Indian model.

The Xiaomi 12 Pro 5G is set to be one of the most exciting smartphones to look forward to in 2022. It will feature impressive hardware, including a powerful Qualcomm Snapdragon 8 Gen 1 processor and 12GB of LPDDR5 RAM. Storage options available are up to UFS 3.1 256GB. The device also supports 5G technology.

According to sources in India, the Xiaomi 12 Pro is expected to have a starting retail price of Rs. 65,000.

The phone comes with a 6.73-inch AMOLED display with a refresh rate of 120Hz and a touch sampling rate of 480Hz. It also features support for HDR10+ and Dolby Vision and up to 1500 nits of brightness.

Corning Gorilla Glass Victus protects the screen. The phone has a 50MP primary camera equipped with optical image stabilization (OIS), a 50MP ultra-wide camera with a 115-degree field of view, and another 50MP portrait camera. A 32MP camera located in a hole-punch cutout on the front of the phone serves as the selfie camera. Xiaomi has not yet announced any release date, or price information for its newest Mi 12 Pro 5G phone, but the Chinese company will soon release the official announcement of its upcoming launch in India.