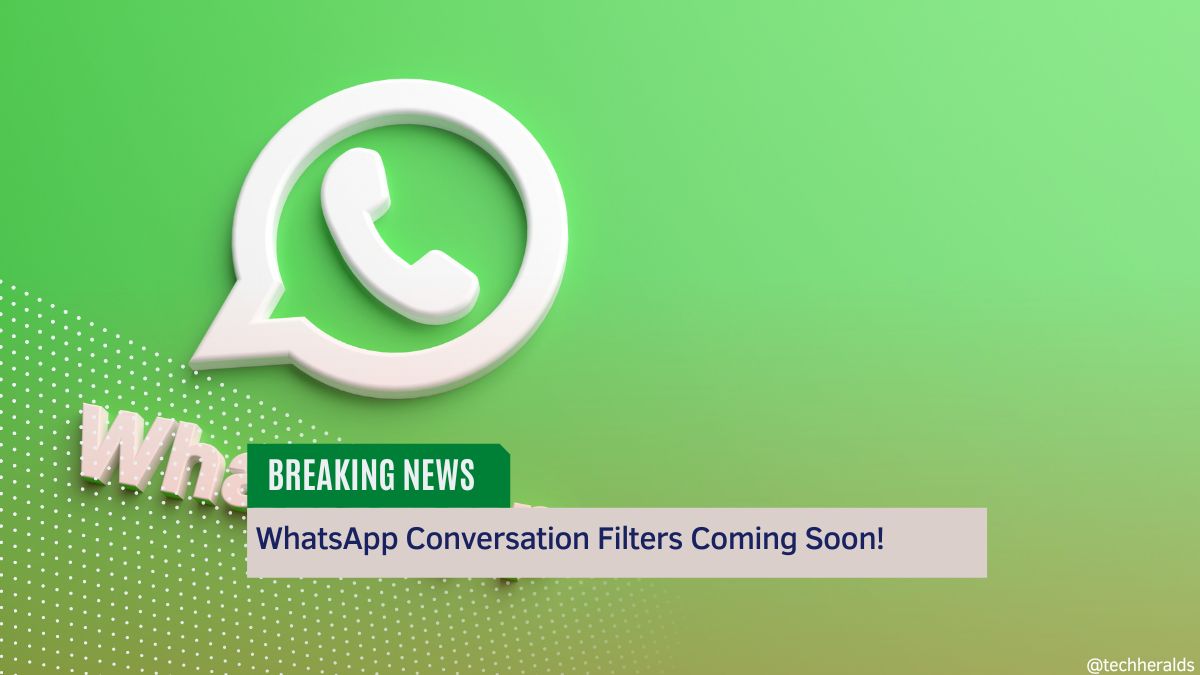 The WhatsApp Business app for Android, iOS, and the desktop has been able to add filters to conversations since 2018. Now, it looks like WhatsApp is working on adding WhatsApp Conversation Filters to its normal app as well, according to reports.

In an official announcement published on Tuesday, WhatsApp said that it would be experimenting a new WhatsApp feature called “conversation filters”. The feature, which will be available only in beta versions of Android and iOS-based applications, is designed to give users more control over their online conversations.

The company has not yet revealed when it will release the WhatsApp Conversation Filters or whether it will be available on all platforms. However, the feature will be called “Conversation Filter.” The feature will allow WhatsApp’s regular app users to wade through their messages by using one of four filters: Unread Chats, Contacts, Non-Contacts, and Groups. These filters are the same as those already accessible in WhatsApp’s Business app for Android devices.

Where To Find Them?

The messaging app has stated that the WhatsApp Conversation Filters option will be constantly displayed even when not looking for conversations and messages. This means that you can select the filter option at any time, and it will allow you to block unwanted contacts or conversations from your friend list without having to delete them first.

In addition, this feature will be accessible at all times in its main app, which will be updated periodically. It was stated on the blog site that “standard WhatsApp accounts will also be able to utilise the same functionality in a future version of the program,” but that “there is another difference: the filter option will be constantly displayed even when you are not looking for conversations and messages.”

The development comes just weeks after a report surfaced alleging that Facebook planned to launch a dedicated messaging app for children under 13 years old. The social media giant had previously said that it would not allow children under 13 to use its main platform because children aren’t ready for social media yet; however, this latest news suggests otherwise.

According to WABetaInfo, an unofficial WhatsApp beta testing site, the new feature will allow users to pick several conversations to convert them to vanishing chats at the same time by choosing the “by selecting them” option, which appears while users are setting the timeframe for the chats to disappear.

The company also announced that it was working on adding an opt-in feature where users can share their location with other users of WhatsApp Business. The tool was first introduced at last year’s F8 developer conference. It was meant for businesses that want their customers’ locations but don’t want them sharing those details publicly on their profile pages or through @ mentions in group chats.