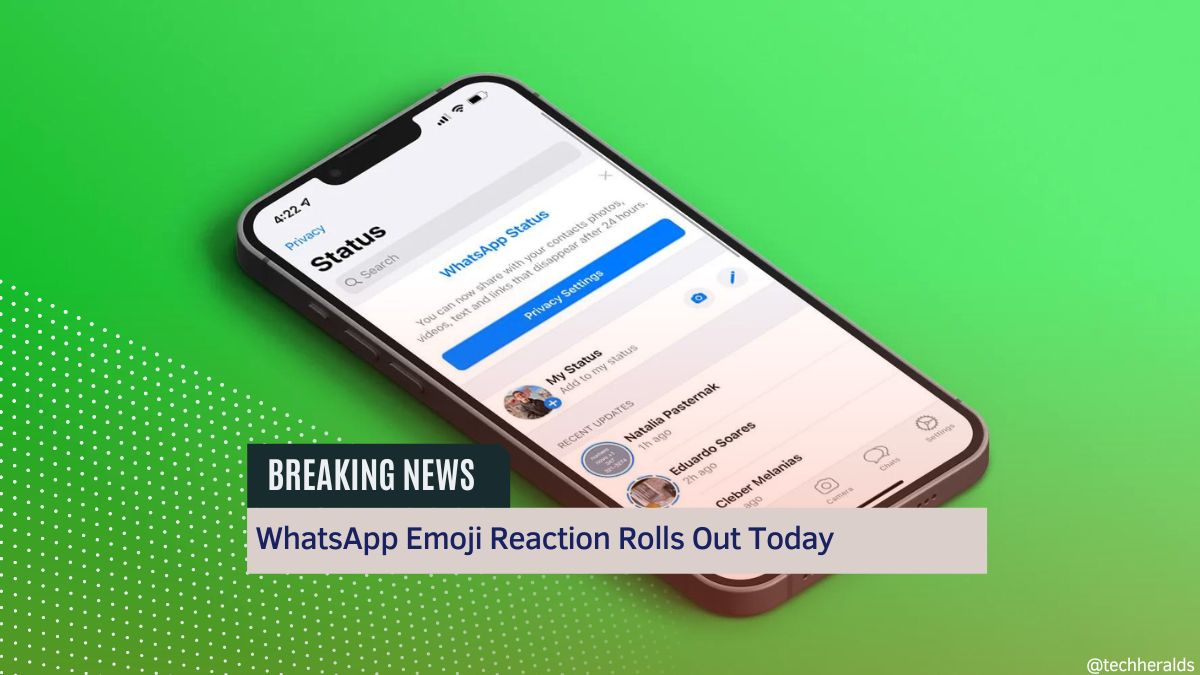 WhatsApp is rolling out a new feature today that will allow users to react to messages with emojis. The company announced the change on its official Facebook page today, stating that the WhatsApp emoji reaction are starting to be available for use in the app.

“We’re including 🙏 to help spread thanks and appreciation,” said the post by Meta’s founder and CEO Mark Zuckerberg, which was accompanied by an emoji of a heart with a hand over it. “More expressions are coming soon.”

WhatsApp emoji reaction feature works like the emoji you can see when you send a message in Facebook Messenger and Instagram Direct Message. Although Mark Zuckerberg has formally announced the beginning of using emoji reactions starting from today, i.e., May 5, this new feature has not been rolled out for all of the users. Apparently, the current app version will get an update shortly, which will allow mass users to try emoji reactions.

Also Read: WhatsApp On Multi-device Will Soon Be Possible

Which Emojis Are Available On WhatsApp Emoji Reaction

The newly introduced WhatsApp emoji reaction feature will have six emojis as of now. The emojis include love, laughter, thumbs up, gratitude, tears, and surprise. Since March, WhatsApp has been planning to implement this feature into the messaging app, which finally became a reality today.

Emoji reaction allows users to respond directly to the message rather than selecting an emoji from the keyboard emojis. So, this new feature saves your time, making it easier for you to reply to messages efficiently.

The new WhatsApp Reactions feature a fun, simple way to respond to messages. You can now quickly and easily reply with several different emojis from the same pop-up window. This is a great feature for group conversations, which can get overburdened with brief messages at once.

How To Use WhatsApp Emoji Reaction

First, open the chat room where you wish to respond. Then press and hold on to the message you want to respond to for a few seconds. A pop-up window will appear with six different emojis when you complete this step. You have to drag your thumb or finger to the emoji of your choice and leave it there. Shortly after leaving a reaction, you’ll be able to view it in the same window.

WhatsApp has begun rolling out the reactions feature to our billion users, which will take a few weeks to reach all of you. However, because there are so many users, it may take a little while before you see it on your end. Depending on your device, you may also check for WhatsApp updates on the Google Play Store or the Apple App Store. Once you receive a text message, just hold it in your hand to see if you can respond with a reaction or not.

This is not the first time WhatsApp has added new features to the app. Last month, it introduced a couple of new features that improve voice messaging, sending large files, and voice calling up to 32 participants at one time.