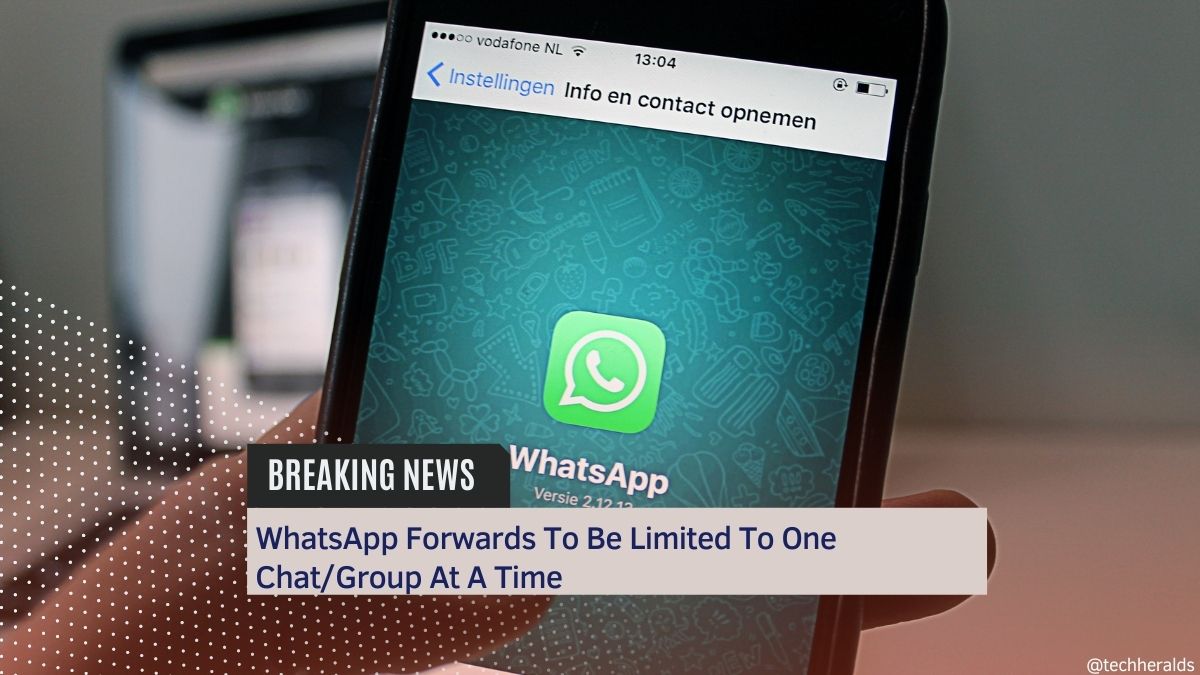 WhatsApp, which Meta owns, has returned with yet another upgrade. In recent weeks, it has been in the limelight for making helpful modifications to its voice messaging feature. The prominent tipster WABetaInfo has predicted that the messaging platform will release another update that will restrict WhatsApp forwards to be sent to only one chat/group at a time.

As of right now, WhatsApp has imposed certain restrictions on the ability to forward messages. WhatsApp users are currently limited to WhatsApp forward any message to a maximum of five persons at a time. Additionally, the Whatsapp forwards include the label ‘forwarded’ on it. While messages that have been forwarded excessively have the phrase “forwarded many times.”

WhatsApp initially set a restriction on the number of messages that may be sent to a maximum of five recipients back in 2018. Aiming to prevent the propagation of fraudulent communications by restricting message forwarding was a strategy used to accomplish this. In 2022, the messaging platform seems to be imposing new restrictions on message forwarding to prevent the spread of disinformation and to avert a state of anarchy.

With the WhatsApp beta for Android 2.22.7.2 upgrade, which began rolling out last month, WhatsApp started restricting the number of times messages with the “forwarded” tag may be forwarded to a single group conversation at the same time. You may exchange messages that have been “forwarded many times” with up to one chat/group chat at a time.

An error notice will now appear when you try to forward a message to multiple group chats. “Forwarded messages may only be sent to one group chat at a time,” the error notice states.

WhatsApp is best known as a messaging app with end-to-end encryption and peer-to-peer communications. It is difficult for even WhatsApp itself to monitor or restrict the content transmitted through its service. It has also said that it has been largely immune from legal issues other social networks have faced, such as GDPR compliance problems for Facebook or hate speech rules for Twitter.

The service’s popularity has made it a prime target for scammers and spammers, making it difficult for users to separate legitimate communications from those designed to defraud them. It is also often used by people attempting to send disinformation or hate speech under the guise of honest discussion.

According to WABetaInfo, the update is accessible in the WhatsApp beta for the iOS 22.7.0.76 version of the app. However, if you are not receiving an update at this time, it will likely reach you within the next few weeks.

On the other hand, there’s one more speculation floating in the news. The speculation states that WhatsApp may soon increase the file sending limit up to 2GB.