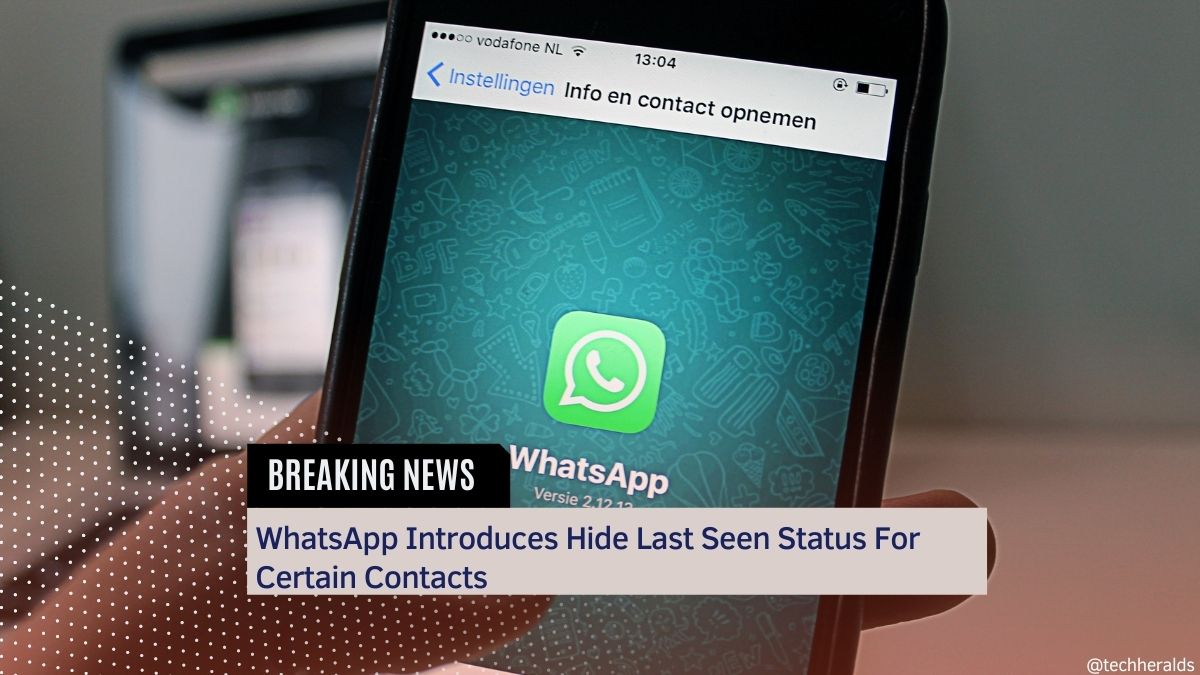 WhatsApp users on iPhone will soon be able to choose who will be able to see when they were last active on the app, thanks to the introduction of a new privacy feature. According to WABInfo, the Facebook-owned messaging service is anticipated to launch a new hide Last Seen option that would allow users to have more control over who may view their activity status on the platform.

If the new setting is implemented, it will allow you more control over who has access to this information in the future. In order to manage who may see their last seen on WhatsApp, users had two choices up until this point: either enable every one of your contacts to see when you last used the app or turn off the feature entirely.

Users will be able to prevent particular others from accessing their activity status due to this new functionality. According to WABetaInfo, a new feature has been introduced to WhatsApp that allows you to exclude certain persons from seeing your last seen. By navigating to settings > privacy > Last seen and then My Contact except, you will be able to input the names of the individuals from whom you want to keep your last seen information a secret.

No one will be able to detect when you were last active on the messaging app if you choose “nobody” as your privacy option, which is the default. In contrast, your recent activity will be visible to users if you choose “everyone,” in contrast. If you pick “everyone,” users will be able to see your most recent activity. The functionality is now only accessible in the iOS beta version 22.9.0.70, which is not yet available to Android customers.

WABetaInfo, which keeps track of software updates, reports that WhatsApp is also implementing more specific privacy limitations for both profile images and the app’s about section, accessible via the program’s settings. The “last seen except feature is now in beta testing on Android and iOS devices, so it won’t be long until it is made available to everyone on the WhatsApp platform.

Recent updates to WhatsApp’s instant messaging platform include adding several new capabilities, including an enhanced experience when sending voice notes. The option for users to transfer huge files is likely to be added to the platform shortly, which is another anticipated improvement. It will also estimate the time it will take to deliver the file over an instant messaging application.