WhatsApp Voice Calls To Have 32 Participants 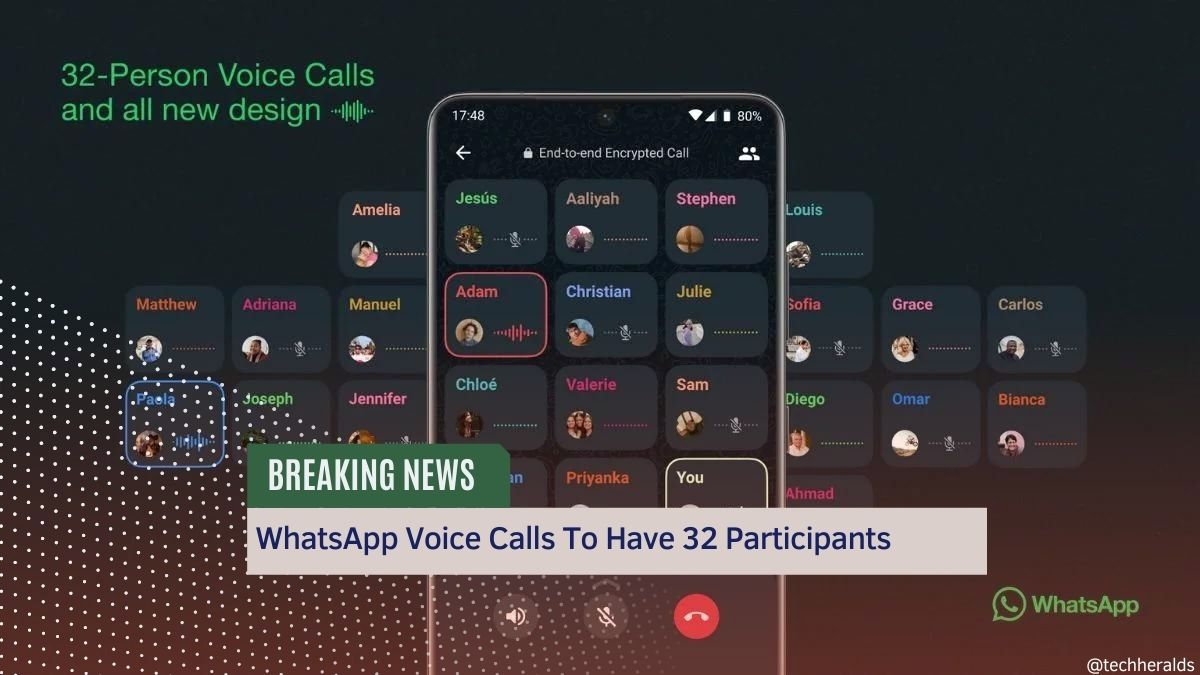 WhatsApp has announced several changes to its platform over the last month, with a significant focus on voice messaging. This week, WhatsApp unveiled a new feature that will allow group calls of up to 32 people, compared to the previous limit of eight. The massive increase in call sizes will be helpful for things like family vacations or work meetings.

As part of its ongoing effort to improve its platform, WhatsApp rolled out this new update to users in India and the other part of the world. The new version for Apple iOS and Android devices is expected to be released soon.

The latest version of the app’s FAQ page mentions the new feature. “Group calling enables up to 32 people to voice call with each other for free using WhatsApp,” it says.

Apple customers will be able to take advantage of the new call limitation. It seems from the App Store page that the latest version allows a total of 32 participants. In accordance with the App Store description, “group phone conversations now support up to 32 individuals and have an upgraded UI with a social audio layout, speaker spotlight, and waveforms,” among other features.

When you receive WhatsApp voice calls, the incoming call screen will show you who is calling. The list of participants in the group will display on the screen. For example, if Bill has added you to a group and then added Alice, the list will display Bill first, followed by Alice.
When you tap the ‘Calls’ tab, there will be an option to view the history of calls that have taken place in that group. The new feature will allow WhatsApp users to see who was on the call and when they joined or left it. If any calls are still active, users will be able to join them at any time.

Over the past two weeks, WhatsApp has continuously added new functionalities. They include:

With the introduction of a new emoticon set, reactions to messages will be more expressive. People will be able to react to other people’s messages without sending an entirely new message. Both Facebook and Instagram will serve as inspiration for this function.
In the past, most users reacted to messages and media by sending just one response per item. Users will now be able to respond to the same message using emoticons rather than only text. People may swiftly express their opinions without having to send a slew of fresh messages in response to other people’s opinions.

As the administrator, people will be able to send you messages and add content to a group’s page. You’ll be able to delete inappropriate comments, but you won’t be able to edit or delete your comments or those of group members.

WhatsApp has also announced that they will be increasing the file sharing limit to support files up to 2 GB. WhatsApp claims that they are doing this so that people can easily collaborate on a project. The feature is rolled out and shows the estimated time to send or download a large file.