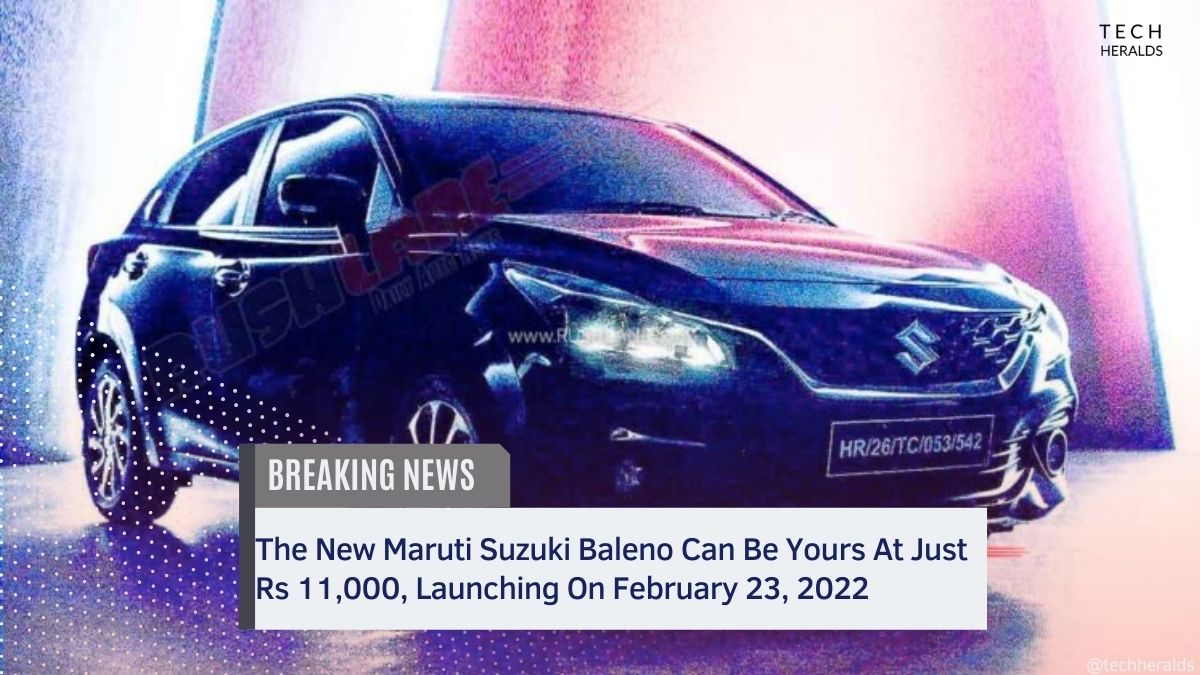 The new Maruti Suzuki Baleno will be launched around February 23, 2022, and is currently in production in the Gujarat plant. The new Baleno will get a revised design compared to its predecessor, and it is expected to be launched around February 23, 2022. The new Baleno will bring a host of safety features and a new infotainment system, highlighting the hatchback. The company has not revealed any details about the hatchback variants so far.

The Indian market has seen the launch of many hatchbacks and subcompact sedans in the last few years. However, the premium hatchback segment has been limited to one player: Maruti Suzuki. However, that’s about to change with the upcoming 2022 Baleno, which will bring a new set of competitors to the market. The most recent leak of the car’s design sketches shows how it will differ significantly from its predecessor. Almost all body panels have been redesigned, and the front and rear fenders are larger than before. The new Maruti Suzuki Baleno gets L-shaped wraparound headlamps with LED daytime running lamps and projector set-up depending on variant. The hood seems flatter, and the newly grille sports a smiley look. The front and rear fenders appear to accommodate new-look head and tail lamps, but it looks like a significant departure from its predecessor when viewed from the sides. The new Baleno sports a new tailgate design at the back with L-shaped tail lamps that seem to extend to the tailgate.

The new Maruti Suzuki Baleno will be a significant upgrade from the outgoing model. In addition to a sleek, modern exterior design, the new car will feature a redesigned dashboard and an upgraded infotainment system. The dashboard will feature a free-standing infotainment screen in the centre of the dash, as opposed to the older dashboard’s attached screen. This screen will feature wireless Apple CarPlay, Android Auto, and other features. The top models will get a heads up display unit, or HUD, for additional safety and convenience. To keep occupants safe in case of impact, all models will come with up to 6 airbags, including driver and passenger airbags and curtain bags for both rows. That means both rows will have their own set of bags for each occupant’s protection in case of an accident. Higher trim levels could also come with Electronic Stability Program (ESP).

The new Maruti Suzuki Baleno is expected to receive a mild hybrid system introduced with the Ignis last year. This will be a combination of a petrol engine and an electric motor. The car is likely to be powered by two 1.2-litre petrol engines – one producing 83hp and another producing 90hp. It will also be available as a full-hybrid model.

The new Maruti Suzuki Baleno is expected to offer only a manual gearbox option. Still, there are rumours about an AMT unit being offered in the top-end variant. There are also speculations about Maruti offering a turbocharged petrol engine on the Baleno in the future, but we don’t expect it to be introduced with this update.