iPhone 14 To Get Larger Screens, Pro Models Will Boast A16 Bionic Chipset 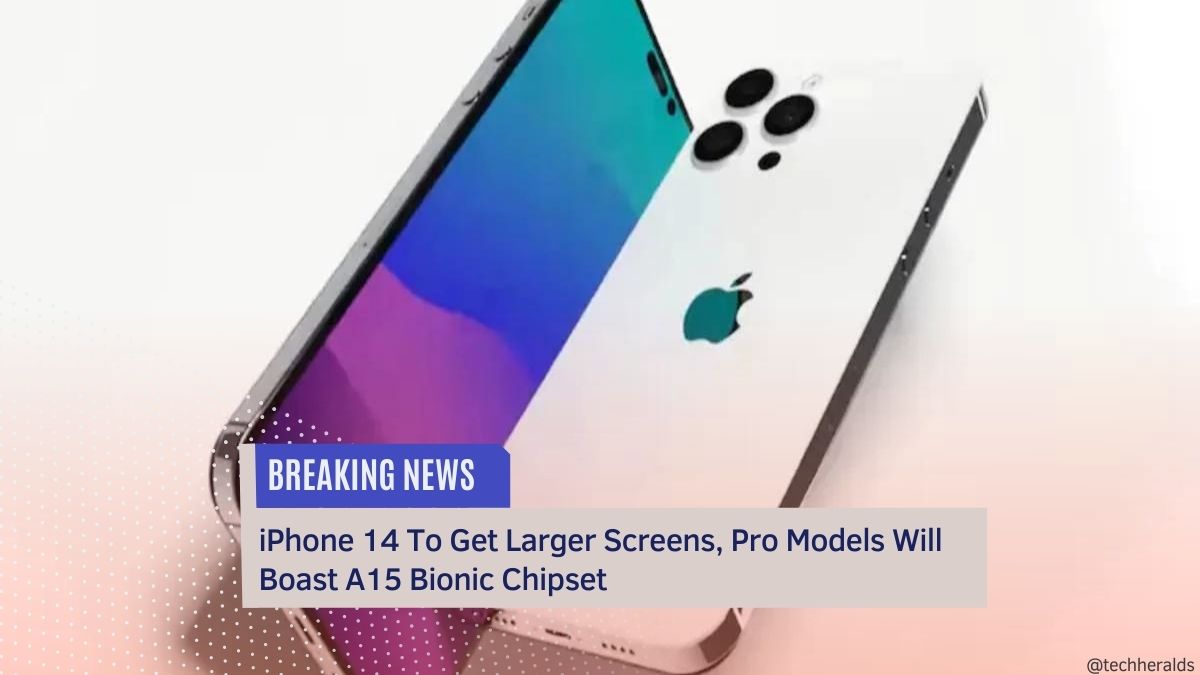 If the latest reports are anything to go by, Apple’s upcoming iPhone 14 series may feature several new chipsets. In addition, the design of the iPhone 14 series – which will consist of two new models and two Pro models – has been leaked ahead of its expected launch this fall.

Ming-Chi Kuo, a well-known Apple analyst who has previously divulged several facts about the next series, predicts that the company will produce an iPhone 14 and a bigger iPhone 14 Max, both of which would use the current Apple A15 Bionic processors. Meanwhile, both Pro models will be equipped with the latest A16 Bionic chipset.

Given the company’s previous efforts, it is not surprising that Apple is in the process of developing new iPhone 14 designs. According to a report from MacRumors, the business is working on four fresh iPhone 14 models that will feature 6.1-inch and 6.7-inch displays, respectively. Following the report’s reference of reliable sources, the new iPhone 14 models are codenamed as D27 and D28. Another rumour is that Apple may skip the release of the iPhone 14 Mini, which would have had a 5.4-inch display for the foreseeable future. It has also been suggested that the slight variations would be phased out.

In terms of design, both devices are similar to the iPhone 13 series with some changes. According to the report, new satellite capabilities will be incorporated into the iPhone 14’s software for the first time, permitting it to navigate and track its location using only satellites when GPS is not available.

According to reports, the displays on the next iPhone 14 Pro and iPhone 14 Pro Max models would be much bigger than those on previous devices.

Additionally, according to sources cited in the report, two new iPhone 13 models will be equipped with the Apple A15 processor. The A15 chipset is expected to be used in both of the other variants, though they may have different variations. According to rumours, one of these variants is expected to have an extra GPU core and 6GB of RAM. It’s also been rumoured that Apple has renamed A15X, a move that would be similar to what the company did with last year’s iPad Pro, which was powered by an A12Z CPU.

The latest iPhones’ prices are expected to remain unchanged from prior years’ models. However, they will be capable of more functionality due to new system chips and other hardware advancements that Apple has made since last year’s introduction of the iPhone 13 series.