Elon Musk Says He Will Sell His Stake In Tesla Worth $6 Billion, Viral Tweet Shocked Twitterati 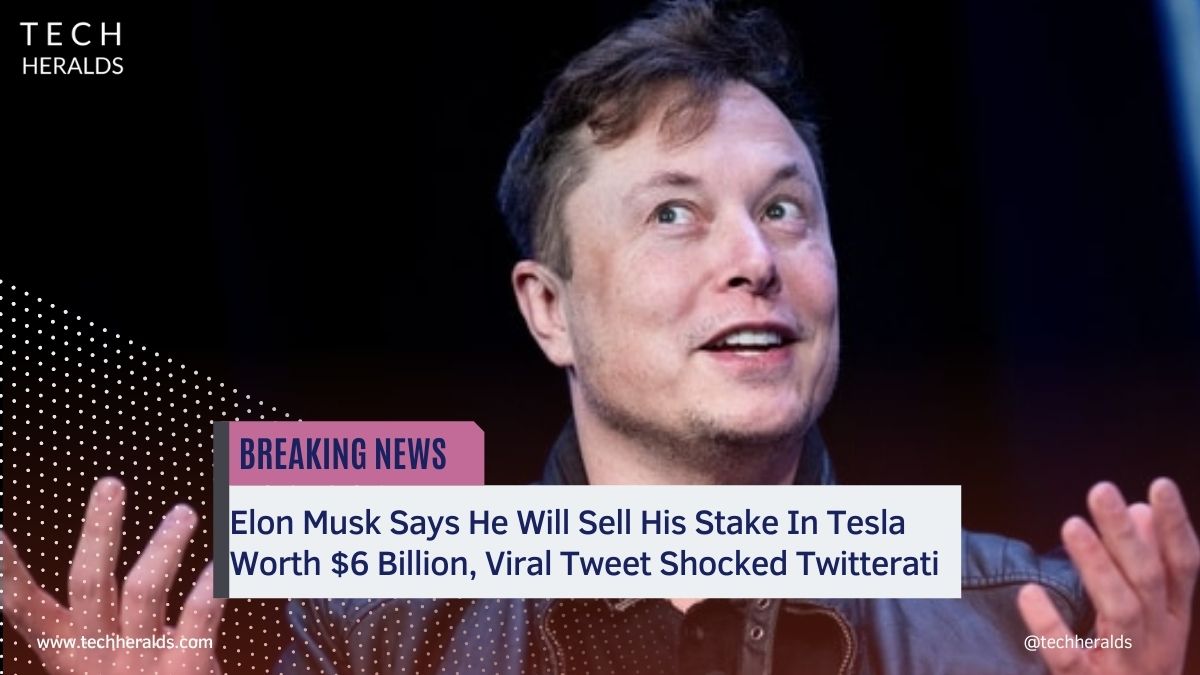 Netizens who follow Elon Musk on social media must be aware of his quirky tweets and replies on the micro-blogging site Twitter. Elon never ceases to entertain his followers, and his tweets become a hot gossiping topic in no time.

This time, Elon Musk shared a tweet on his social handle that shocked everyone. In his astounding tweet, Elon declared that he would sell his stock in Tesla worth $6 billion right away if the United Nations proved to him how a fraction of his wealth could help eliminate global starvation.

Elon Musk posted this shocking tweet in response to the appeal made by David Beasley, Director of the World Food Programme. According to David Beasley, 2 per cent of Elon Musk’s net wealth could help solve global starvation. He further elaborated that the one-time contribution from the top 400 billionaires residing only in the United States could help save the lives of 42 million people who don’t earn even a single meal. David Beasley also shared a similar tweet on his Twitter handle that attracted the eyeballs of Twitterati.

The governments are exhausted. This is why and this is when the United States billionaires should step up instantly to contribute on a one-time basis, $6 billion to support 42 million people that are going to die if we don’t get to them. This is not as much difficult as it seems, David Beasley said while sharing his opinion about global starvation on Twitter.

David Beasley indirectly pointed to the world’s richest billionaire Elon Musk and his rival Jeff Bezos to look into the matter and offer possible help, saying the two richest billionaires could separately offer assistance to those who are starved.

Elon Musk, however, seemed to think differently. Elon disapproved of David Beasley’s opinion, which he euphemistically shared on his Twitter handle. And further asked WFP’s David Beasley to explain to him on his thread how just $6 billion of his total wealth could eliminate the global starvation.

A popular researcher Dr David Eli wondered how come 2 per cent of Elon Musk’s wealth would help mitigate starvation if World Food Programme’s $8.4 billion funds could not do it.

David Beasley also joined the conversation. Signalling misinterpretation of his tweet, he said 2 per cent of Elon Musk’s wealth amounting to $6 billion would not eradicate but help mitigate the starvation prevailing in 43 countries and affecting 42 million people.

David Beasley also requested Elon Musk on his Twitter thread to meet him personally, saying allow me to show you instead of tweeting – Earth or Space – but I recommend in the realm where you can observe WFP’s team at work, their process, and the technology they deploy to the work. I will propose the plan and open books.

David seems confident that he will persuade Elon Musk with his plan in the mind. He urged Elon to talk in person. David shared a tweet on his Twitter handle saying it’s not as complex as Falcon Heavy. However, there is a lot at risk to not at least having a discussion.

He further tried to convince Elon to have a meeting with him saying I am just a flight away from you. Throw me out in case you (Elon Musk) don’t like what you hear.
David Beasley is sure of a little help from Tech billionaire Elon Musk could give rise to hope, stability and potential to transform the future.

About two months ago, Elon Musk surpassed Amazon promoter, Jeff Bezos, with a huge gap of $116 billion. According to the Forbes list of the World’s richest billionaires, the present net worth of Elon Musk stands at $309 billion. On the other hand, Jeff Bezos holds $193 billion in net worth. Elon Musk used this opportunity to tease Jeff Bezos. Recently, Jeff Bezos had shared an emotional post on his Twitter handle that predicted Amazon’s failure. The quirky Elon Musk commented on his post an emoji of a Silver medal with 2 inscribed on it.

1 thought on “Elon Musk Says He Will Sell His Stake In Tesla Worth $6 Billion, Viral Tweet Shocked Twitterati”