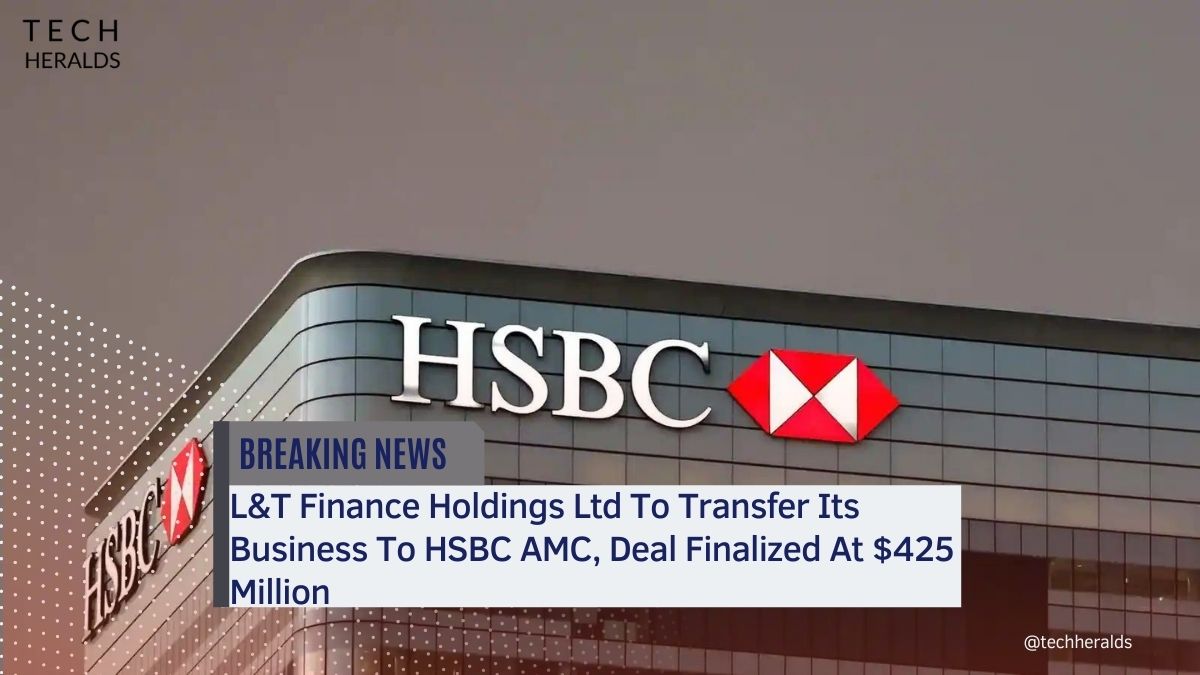 L&T Finance Holdings Ltd announced on Thursday 23 December that it is transferring its asset management business to HSBC AMC. In a deal finalized between two parties, the HSBC AMC will acquire 100 percent stake in L&T Finance Holdings Ltd for $425 million (roughly Rs 3,191 crore). However, the deal is subject to approval from the concerned regulatory body.

The L&T Finance Holdings Ltd’s board of directors, in a meeting held on 23 December, consensually decided to sale 100 percent of its paid-up shareholdings  to HSBC Asset Management (India) Private Limited (HSBC AMC).

According to the data records available as latest as September 2021, L&T Finance Holdings Ltd holds the 12th rank in the list of the biggest asset management companies in India. The mutual fund manager has more than 2.4 million active folios and 803 billion asset under management. While the L&T acquirer company HSBC AMC holds Rs 117 billion worth asset under management (AUM).

Both asset management companies, until the successful take over, have made sure that their services to the counterparties and investors are continued without a gap given the transfer of ownership.

“For last ten years, L&T Mutual Fund has achieved the trust of the people across the investor sphere, which has been matched by consistently reliable performance,” said Dinanath Dubhashi, managing director and chief executive officer of L&T Finance Holdings, in a statement on the sale released after the announcement of the deal. The latest deal with HSBC, in addition to the recent capital raise, will provide us extra ammunition to ramp up retalization in our lending portfolio, Dinanath Dubhashi added further.

L&T Finance Holdings Ltd expects to liquidate some money by divesting its subsidiary companies to improve its balance sheet. On the other hand, the investment banking company HSBC headquartered in London, United Kingdom has planned strategic growth in India.

L&T Finance Holdings Ltd began its services in mutual funds sphere in India after it purchased DBS Chola back in 2010. In 2012, the company eventually grew its business in the country after it took over additional asset under management from Fidelity Mutual Funds worth rupees 8,881 crore.

Following the purchase deal, HSBC AMC intends to leverage its in hand resources to finance the takeover and it will have a modest effect on HSBC’s Common Equity Tier 1 ratio. HSBC thinks that the takeover will be principally attributable to the company’s profits upon completion and that the transaction will provide a return on investment of better than 10% in the longer term.

As per the CEO of HSBC NOel Quinn, ‘the deal between L&T Finance Holdings Pvt Ltd and HSBC will bolster the company’s presence in India and pave a way for the company to sit amongst the top wealth management companies of India at the same time. Merging our existing asset management division of India with L&T Financial Holdings Pvt Ltd will provide us size, reach, and potential to capture a portion of 15-20 percent annual asset management market growth in the upcoming five years.