Have Omicron Symptoms But Test Showed Negative Result? Here’s An Explanation From Doctor 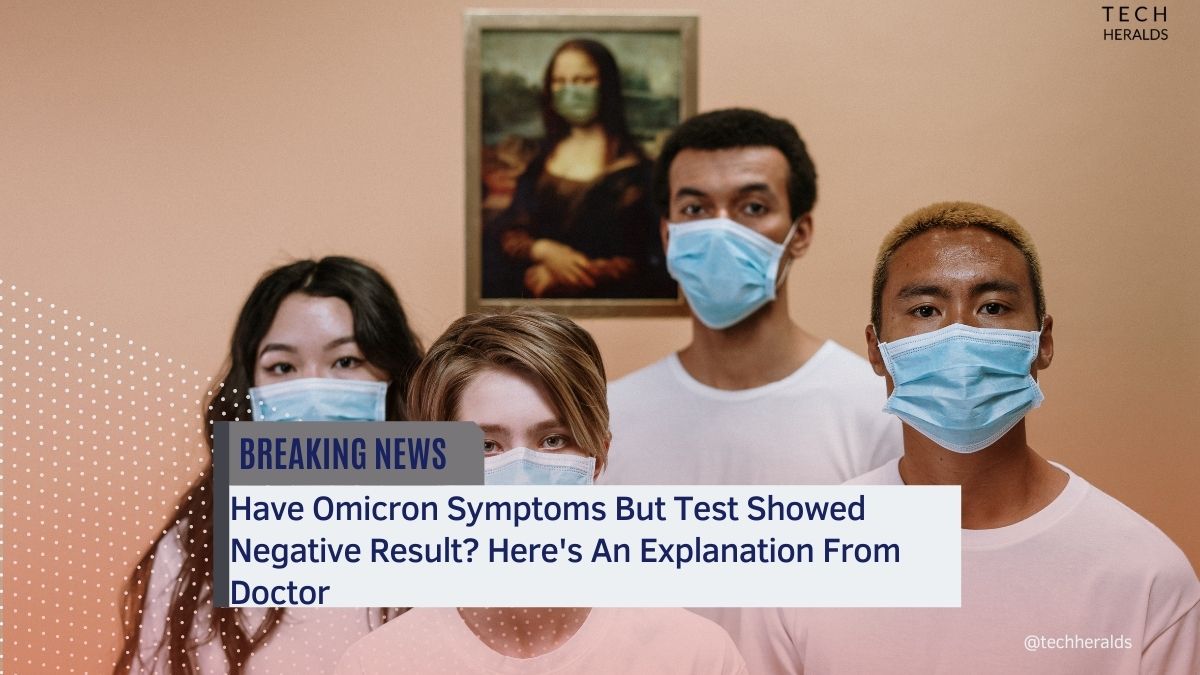 Do you see or feel Omicron symptoms of Covid 19 in yourself? Also, have you gone through the Corona test, but the result came negative despite having visible signs of the virus infection?  Doctors have admitted the number of people returning with negative RT-PCR test results but have been suffering from the symptoms. Doctors have pointed out several reasons behind negative results while the person has Omicron symptoms.

“RT-PCR test might return with a negative report for several Omicron variants, specifically the Rapid Antigen Test (RAT) since we notice that the RAT’s precision is roughly 50 percent,” says the researcher “Dr. Bharesh Dedhia, while explaining the scenario.

My conclusion is that the fact that the viral load is relatively minimal. As a result, we have a term known as a CT value, also recognized as a cyclic threshold value. The CT score is deemed negative if it is more than 35, according to the International Commission on Medical Radiology (ICMR). Accordingly, if someone’s viral load is exceptionally modest, their cyclic threshold would be higher than 35, and the covid test would be considered negative. Furthermore, he points out that specific Omicron variants might come back with a negative result in RT-PCR tests.

The bulk of RT-PCR tests confirms the presence of newly found variants of Covid. When the S gene drop is located in the RT-PCR test, the Omicron variation is most likely to be present, and when the S gene is found in the test, the Delta variant is most likely to be present. This is how the RT-PCR identifies the occurrence of the new mutation. Gene sequencing should be implemented to corroborate the findings, ” Dr. Dedhia describes in detail. To distinguish between two varieties of the Covid-19  virus, genome sequencing is used. The use of Genome sequencing helps to enhance the efficacy of treatment.

Also Read: New Feature On CoWIN Portal Allows To Add Up To 6 Beneficiaries Per Account, More Features Introduced too

If a patient has standard Covid signs and the RT PCR results are negative, they should isolate themselves for about seven days before getting medical care. The patient may also retest the home test and the RT PCR after the fifth or sixth day to see whether the results have changed and are positive or have remained negative throughout the isolation period.

Centers for Disease Control and Prevention in the United States state the five most prevalent symptoms of the Omicron variant of Covid are cough, tiredness, congestion, runny nose, and widespread body pain.

Senior Consultant In Pulmonology and Critical Care  Dr. Harish Chafle states that Omicron symptoms could be divided into three categories, which are: the most prevalent, less common, and severe.

The Most Prevalent Omicron Symptoms Are As Follows:

Temperature, coughing, fatigue, and a lack of smell or taste.

Sore throat, fever, stiffness, headaches, diarrhea, redness on the skin, discoloration of fingers or toes, and red or inflamed eyes

Breathing difficulties or breathlessness, the inability of speaking or movement, disorientation, or chest discomfort