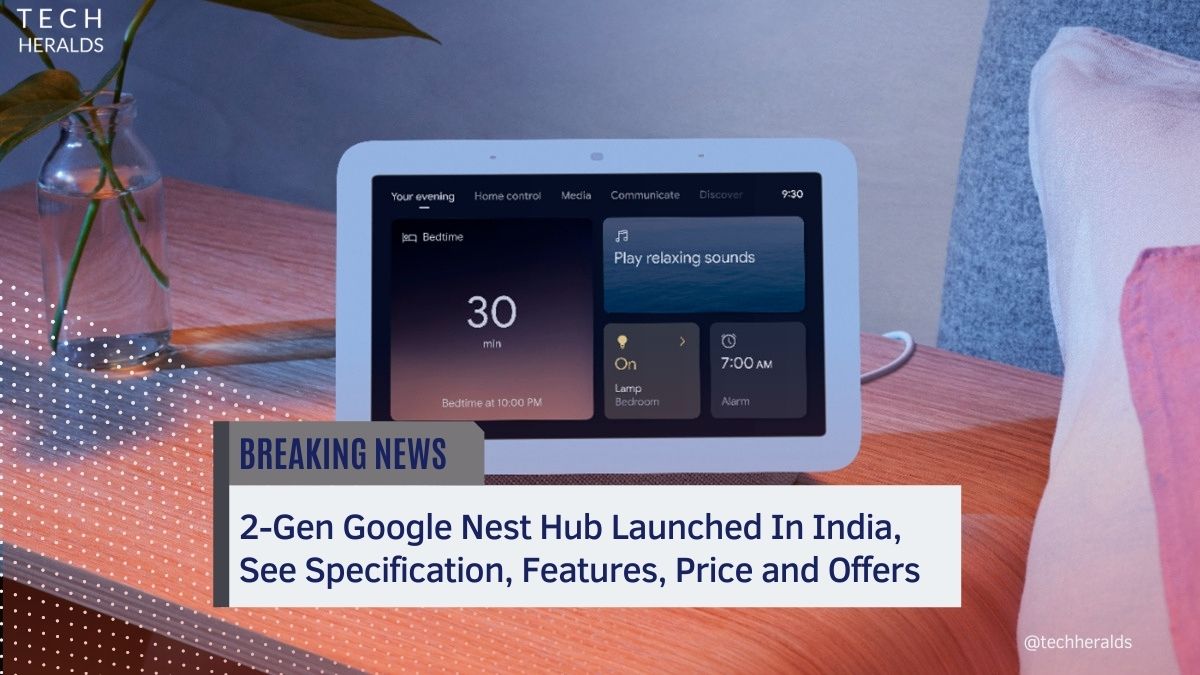 Why Google took over ten months to launch the same product in India has many answers. But, most tech analysts believe that a component from 2-Gen Google Nest Hub called Soli Radar needed permission from local authority to perform, which Google was not sure of getting approved in India. The Indian modal of upgraded Google Nest Hub comes without the Soli Radar, which is used to identify gestures for playing and pausing the music on the device.

Also Read: Xiaomi 11i HyperCharge And 11i Launched In India, Company Claims To Be The Fastest Charging Phone

The 2-Gen Google Hub Nest has retained the screen size from the last generation, 7-inch. However, there’s a little modification in the screen placement on the base of the device. The base also houses a speaker that Google claims to have 50 per cent improved audio performance, including augmented bass and better sound output.

The Google Nest Hub device enables users to play YouTube or Netflix videos and stream music on audio streaming platforms like Gaana, JioSaavn, Spotify, Wynk and the other major audio streaming platforms. Other activities that can do done on the 2-Gen Google Nest Hub include:
Viewing calendars and maps.
Operating smart devices like AC and lights.
Controlling music plays.
Changing TV channels.
The device also facilitates voice commands to get answers for the questions, check weather and news, schedule alarms, view photos, and broadcast messages over the Nest Hub devices.

The upgraded Google Nest Hub, the latest addition in the company’s product lineup in India, is available on Flipkart, Reliance Digital and Tata Cliq. The tech company has also announced introductory offers on Google Nest Hub. As per the offers, customers can purchase Google Mini with Google Nest Hub by paying Rs 1 extra on the price of Google Nest Hub. Google Mini costs Rs 4,499 if it is purchased separately.

Additional offers on the 2-Gen Google Nest Hub include 5 per cent cashback on Flipkart Axis Bank credit card, no-cost EMIs and a gift card worth Rs 100 upon registering for Flipkart Pay Later facility.

Google Nest Hub is available in two colours, including Chalk and Charcoal.