Amazon Luna, A Gaming Platform, Launches For Public In The US, Comes Included In Amazon Prime Membership 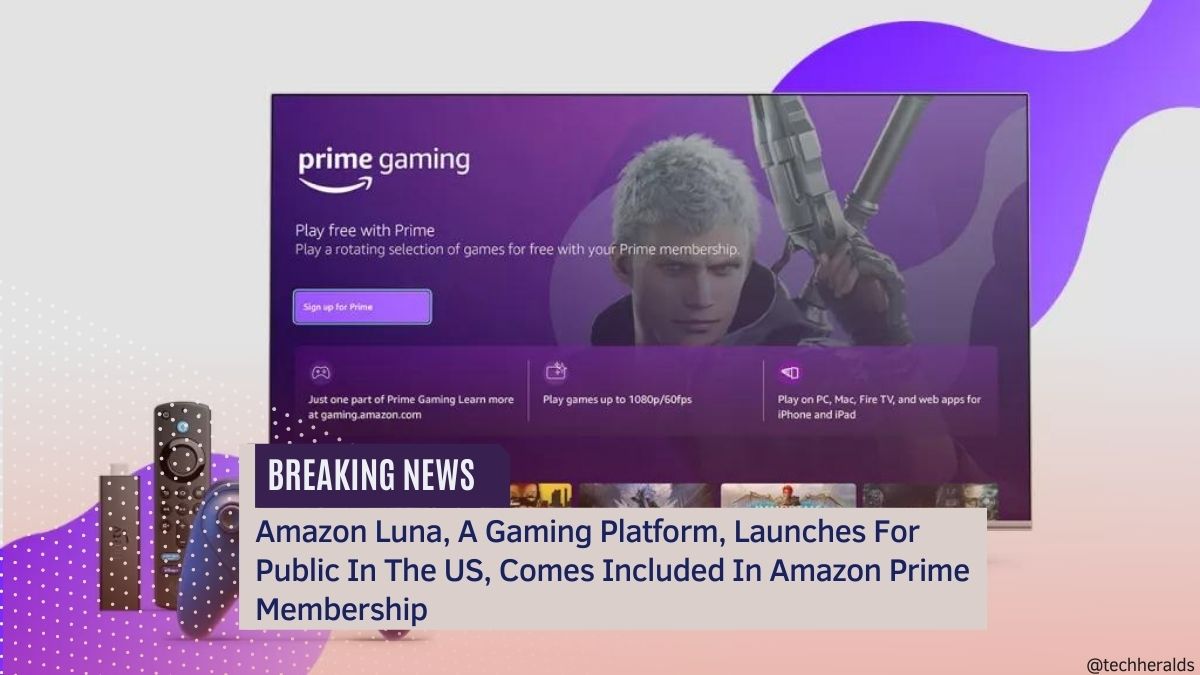 Amazon Luna, the company’s cloud gaming platform, is now available in all 50 American states to stream your favourite games. The service, which launched in early access in September 2020, will be accessible to all Amazon customers starting today.
In addition to making its availability more widespread, Amazon has also expanded the Luna viewing experience by offering two new subscription channels: Luna Plus and Ubisoft Plus. Amazon Prime members will have accessibility to a monthly cycle of games as part of their membership. It has also announced that the Retro Channel and the Jackbox Games Channel will join its current portfolio of channels.

Luna Plus allows for a more TV-like experience with access to more than 100 games. The Retro Channel, which will include games such as Street Fighter 2 and Metal Slug 3, and the Jackbox Games Channel, which will enable customers to invite non-subscribers to a multiplayer game, are the two new subscriptions to the service.

Ubisoft Plus offers access to over 100 Ubisoft games. Luna Plus is available for $9.99 a month. The cost of Family Channel is $5.99 per month. A subscription to the Retro and Jackbox Games channels costs $4.99 a month, while a subscription to Ubisoft Plus through Amazon Luna costs $17.99 a month. It costs $14.99 per month or $139 per year to subscribe to Amazon Prime, including Prime Video, free delivery, and other benefits.

The Retro Channel allows players to play classic games from their childhood, such as Donkey Kong, Super Mario Bros., Pacman, and more. Players can participate in nostalgic challenges against their friends to see who will win each game. If you’re looking for more modern options, then the Jackbox Games channel has you covered with party packs like Drawful 2 or Quiplash 2.

Also Read: Apple iPhone SE 3 5G Claimed To Be The Cheapest Phone From The Tech Giant, Launching On 8 March

Amazon Prime Video subscribers get exclusive access to the Ubisoft Plus channel when they subscribe through Luna, which will enable customers to enjoy Devil May Cry 5, Observer: System Redux. You don’t have to worry about buying anything extra because everything is included in an Amazon Prime membership!

Amazon’s Luna gaming service, which premiered on October 21 of this year, is getting some enhancements—and they’re coming as early as Tuesday. In a press release, Amazon announced that they were updating their Luna client for PC and Mac to allow one-click streaming of games. Fire TV users will also stream games by scanning a QR code with their device.

With the release of the Luna Controller app, which is now available for both iOS and Android smartphones, customers will be able to utilize their mobile devices as Luna controllers on their Fire TV.

Amazon Luna premiered on October 21, 2020, and is accessible on various platforms, including Windows PCs, Macs, Fire TVs, Android smartphones, and iOS devices. On October 29 of this year, Ubisoft plus (previously Uplay Plus) became a member of Luna. The service is compatible with DualShock 4 gamepads from the Xbox One and PlayStation 4, as well as a unique dual-analog Luna controller, which costs $49.99