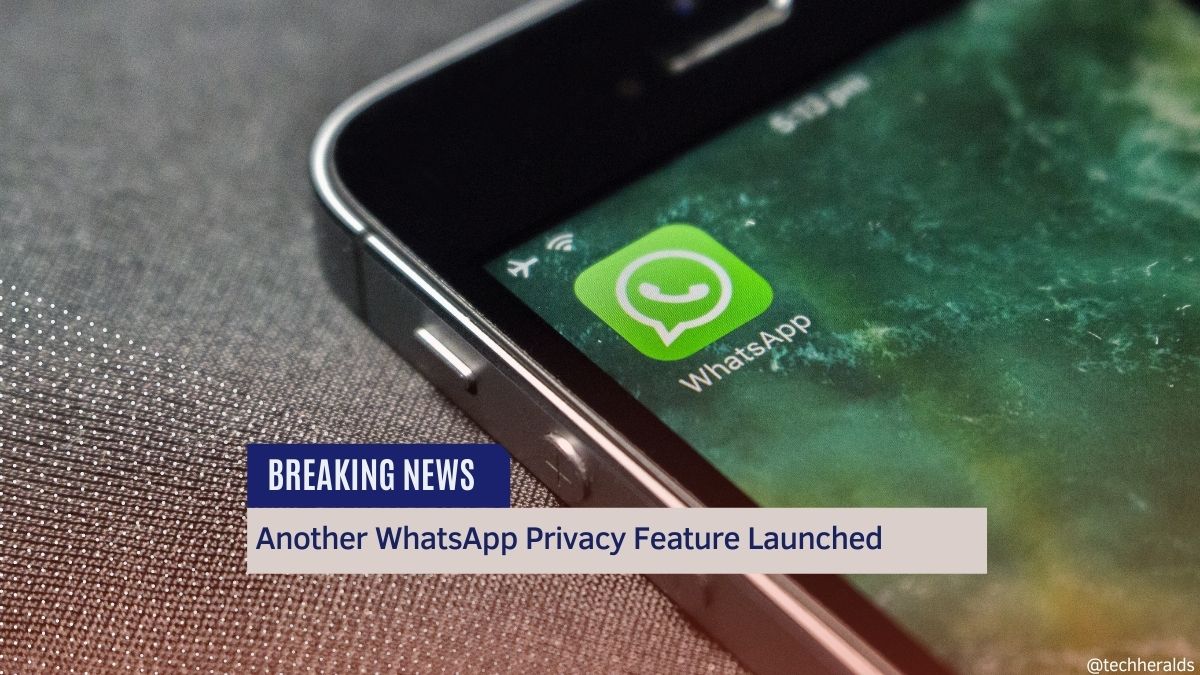 Meta has been working tirelessly to make significant modifications to its platforms over the last month. Instagram received a significant upgrade to its direct messaging tool, while WhatsApp also received a slew of new add-ons for its voice messaging feature. WABetaInfo, the WhatsApp watchdog, has brought to light another WhatsApp privacy feature.

Apparently, according to a recent report from WABetaInfo, WhatsApp is testing improvements to media visibility on Android and iOS devices, including the ability to no longer automatically preserve material in vanishing conversations to a smartphone.

WhatsApp, the world’s most popular instant messaging platform, launched a disappearing message feature a few months ago. WhatsApp’s message vanishing mode allows users to set time limits on messages, after which they are automatically deleted.

WhatsApp disappearing messages are similar to Snapchat, but with a significant difference: Snapchat only allows messages to disappear after the recipient has viewed them. WhatsApp allows users to choose between various time limits, including 24 hours, 7 days, or 90 days.

The WhatsApp privacy feature was intended to increase privacy and safety for WhatsApp users. However, there was still a loophole that allowed users to save their messages permanently by saving them on their devices.

Now WhatsApp is working on a new update that closes this loophole. The update will prevent users from saving messages that are set to disappear after a certain amount of time.

According to a screenshot posted on the internet, the media visibility and “save to camera roll” settings for Android and iOS are going to be turned off by default. It is done to guarantee that the aim of disappearing media and communications is fully achieved and that users may have a more private experience on the site.

As a result, if you have the disappearing messages feature activated, any content of the vanishing kind will not be stored on your phone or tablet. One thing to keep in mind is that you will still be able to save the material in its original format manually. And if you don’t want to do it manually, you may deactivate vanishing messages to have the auto-save feature turned on automatically.

This new function is now being beta-tested on both Android and iOS devices, but there is no news on when it will be made available to the general public.

As part of its ongoing effort to combat the spread of misinformation and false information, WhatsApp had recently announced that it was introducing new restrictions for forwarding messages.

The latest update, which WhatsApp first announced back in 2018, will allow users to only forward messages to one group or person from the original group or personal chat. It is being done to prevent users from spamming their groups with unwanted messages.