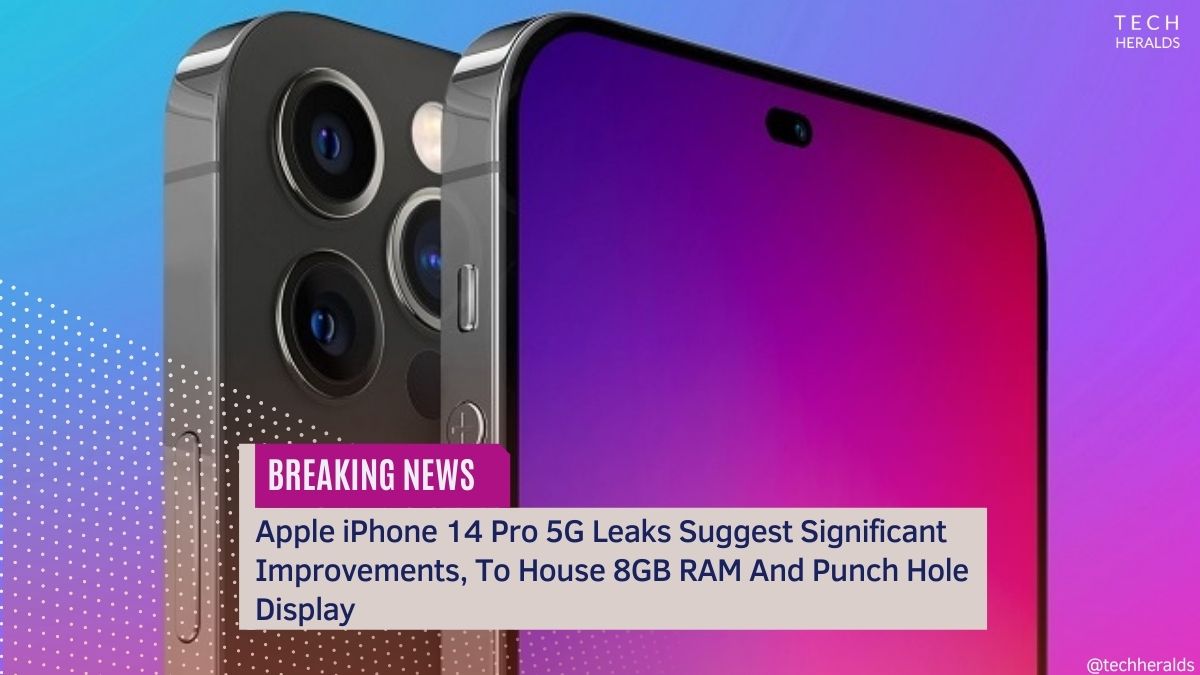 Apple is about to launch its latest iPhone series, the iPhone 14 series, later this year. The company’s devices are known for pioneering some commendable and industry-first advancements, and sources claim the Apple iPhone 14 Pro 5G and the iPhone 14 Pro Max will be no exception.

In this day and age, it’s no longer a secret that the iPhone is one of the most widely used smartphones on the planet. The firm holds the number one position in terms of sales and use records, and Apple has dubbed it “the world’s most loved phone” in recognition of this. So it really shouldn’t come as a surprise when Apple ups the ante on its marquee product line. While it is still way too early to say what exactly will be featured on the next iPhone, rumours are swirling that we’re going to see some pretty big changes this year.

But first, let’s back up. Apple iPhone 14 Pro 5G rumors have been circulating since before the release of Apple’s iPhone 13 — which is why you shouldn’t refer to them as “iPhone 15” models just yet, and there have been several leaks and speculations regarding what we may anticipate from Apple this September.  The biggest rumor is that this will be an upgrade year for the Pro model, which means bigger changes are in store for these models than there have been for previous years—this could mean a major camera upgrade or something else entirely.

Following multiple rumours and leaks, Apple’s upcoming Apple iPhone 14 Pro 5G and Pro Max 5G are likely to be equipped with 8GB of RAM, which will mark the first time in an iPhone that the device has been upgraded to 8GB of RAM. Additionally, the non-Pro models are also expected to get 6GB of RAM, which is a step-up from last year’s iPhone 13 line.

The phone’s specifications have been confirmed by supply chain sources. They also reveal that the schedule for mass production is on a rise. A notable tipster Jeff Pu has additionally confirmed this information.

Display And Camera Improvements In The Apple iPhone 14 Pro 5G

Rumour has it that the Apple iPhone 14 Pro 5G’s display will have a 120Hz ProMotion display. Additionally, the brand is likely to use both 48MP and 12MP camera modes, to ensure that low-light photography is improved without losing on the details. For the upcoming iPhone 14 variants, we can expect to see significant design changes with the presence of a punch-hole screen, instead of a notched one. We are not sure if there will be a notch design, or just punch holes as a change.

Another leak from the experts reveals that only the high-end variant of the iPhone 14 will sport the punch-hole display, while the base variant will still be shipped with the notched display. Some improvements in the upcoming smartphone from Apple will include camera upgrades, the inclusion of a bigger battery, performance upgrades, and more are also expected.

The three models are expected to come in multiple colour options like Black, Silver, Gray, White and Gold. There is also a possibility that Apple could add some new shades like Rose Gold and Red to its lineup too. We are not sure if the Red shade is going to be offered in the US or it will just be available in certain markets.

As usual, the Cupertino based tech giant will launch the Apple iPhone 14 Pro 5G around September this year. Till then, the rumours popping on the internet can not be considered as a valid source to build any conclusion. The launch event will only uncover the genuine specifications of the iPhone 14 phone.