Apple iPhone SE 3 5G Claimed To Be The Cheapest Phone From The Tech Giant, Launching On 8 March 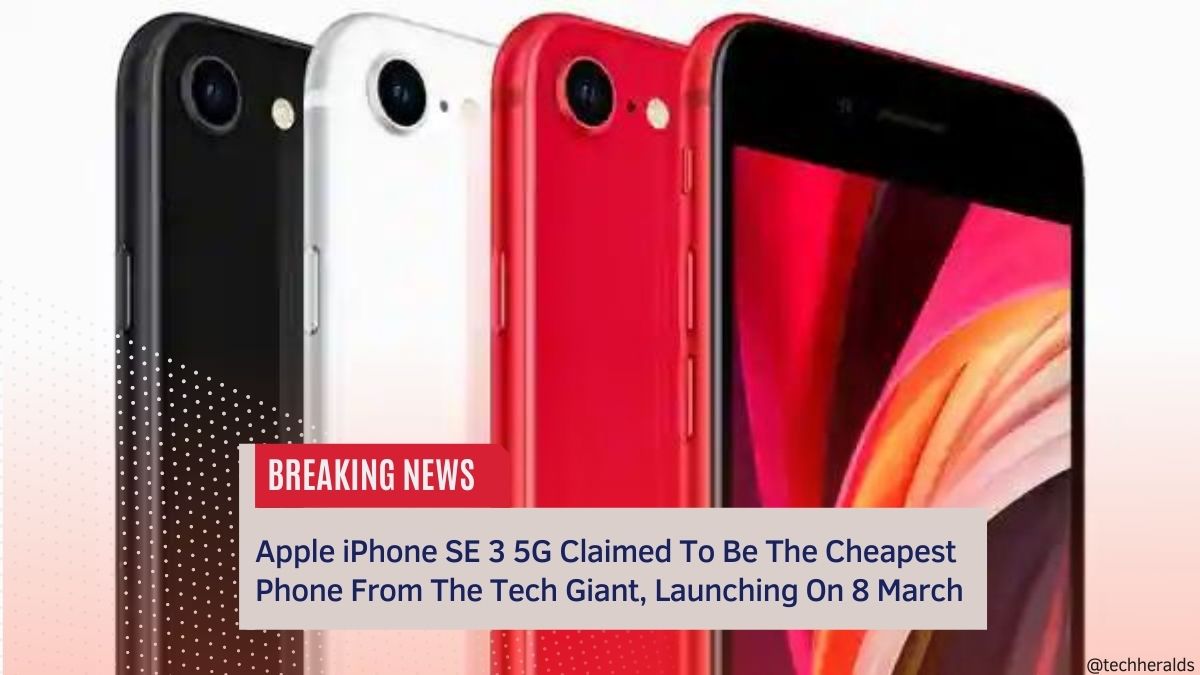 Apple is all set to launch its Apple iPhone SE 3 5G in addition to an updated iPad Air. Apple will likely introduce a replacement to the second-generation iPhone SE on March 8th. Although the corporation has made no official announcement, recent rumours imply that the next-generation phone will appear remarkably similar to its predecessor.

The fact that Apple is one of the most successful smartphone brands in the world is undeniable. For many years, the firm has captured people’s hearts with its products and services. Even if it only succeeded in increasing its customer base with its most recent offers, Apple fans can’t wait to see what the company has in store for them this time around as the introduction of its latest devices approaches in just a few days.

There are rumours that the upcoming iPhone SE, dubbed the “Apple iPhone SE 3 5G,” will have 5G support in addition to an upgraded camera. A15 Bionic chip, also present in Apple’s top products such as the iPhone 11 Pro Max and iPhone 12 Pro Max, is also included in the phone’s specifications. Apps can be operated smoothly and fast, so users will not be inconvenienced by the need to wait for their favourite applications to launch or load when they need them the most.

When Apple introduced the iPhone 13 series last year, the A15 Bionic processor was the centrepiece of the design. Apple has not confirmed the event yet, but analyst John Donovan has said that the new iPhone SE could start at USD 300. That’s USD 99 less than the base price of the iPhone SE (2020). However, Daniel Ives said that Apple would stick with the USD 399 (Rs 29,955) base price.

In the design department, according to GSM Arena, although there will be minor upgrades over its predecessor, there will be no significant modifications, as the smartphone is likely to have the same old iPhone 8-like look from 2017.

Apple iPhone SE 3 5G carries the full features from the iPhone SE launched in April 2020. The phone has a 4.7-inch Retina IPS LCD screen with a screen resolution of 750 X 1334. iPhone SE 2020 has 3GB RAM in standard paired with different internal storage options, including 64GB, 128GB and 256GB.

Connectivity features on the Apple iPhone SE 3 5G include WiFi, hotspot, Bluetooth 5, GPS, NFC and USB 2.0. The phone has a single slot for a Nano sim card and supports one e-sim. The phone battery comes with 1821mAh power and supports 18W fast charging and Qi wireless charging.