Does Cryptocurrency Mining Pose A Dreadful Threat To The Environment? Its Adverse Effects And Solutions 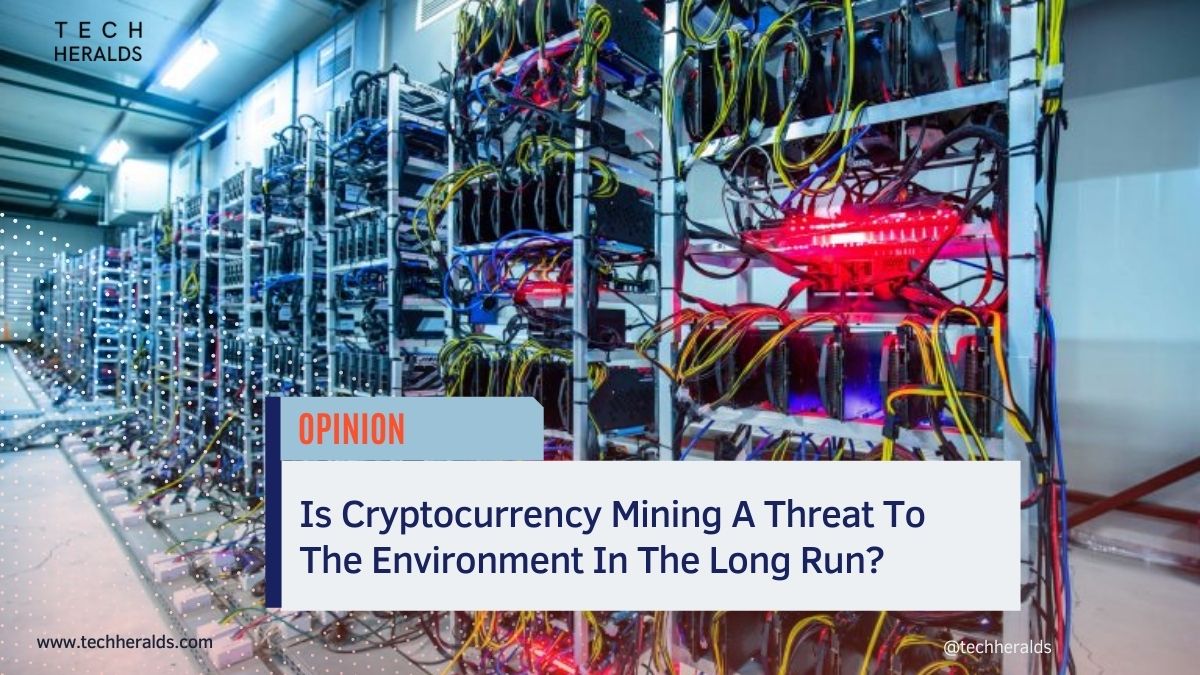 The skyrocketing values of bitcoin and other cryptocurrencies made people aware of their existence. Over time, people have traded and invested in these virtual currencies so heavily that cryptocurrencies have become a $2.2 trillion industry as of April 2021. There are no less than 10 thousand cryptocurrencies available for trading in the market at present.

What is cryptocurrency mining?

The unorganized pools of cryptocurrencies can only be excavated by combining the computing power of several computers. Such incorporated computers relentlessly work together to solve complex algorithms and create new coins.

A miner has to lend his computing power for the cryptocurrency mining process. As compensation, the miner receives a part of the mined cryptocurrencies, which he later can trade or convert into real money.

Why has mining energy consumption become a matter of concern?

The increasing prices of cryptocurrencies are giving more monetary benefits to the miners for the excavating coins. Thus, tides of more and more people are joining the cryptocurrency mining network. The mining process consumes enormous electricity yielded from coal and other fossil fuels. As cryptocurrency prices go up, the complexity of algorithms increases which ultimately require more computing power to break them down. With the additional computing power, more electricity is also consumed.

Another concern related to cryptocurrency mining profitability and the complexity of algorithms as prices surge is that the mining infrastructure will require more computing power and electricity. Still, the number of transactions will remain the same.

BBC published the energy consumption statistics of Bitcoin in 2021 to put the actual energy consumption required in cryptocurrency mining before people. According to the BBC’s report, bitcoin eats up 121 Terawatt-hours of electricity every year, which is more than the energy requirements of the whole of Argentina throughout the year. One more research conducted by Digiconomist shows Ethereum engulfs as much electricity as Qatar.

Most of the electricity generated throughout the world comes from burning coal and other fossil fuels. The governments of most countries have been advocating and experimenting the renewable energy sources, but electricity production through such sources has been insignificant. Hence, we have no option left other than burning coal for energy production.

It is needless to mention that fossil fuels are the limited source of energy or producing energy. The extreme energy consumption by mining plants is putting the limited stock of none renewable sources at stake. Other than that, mining processes also increase carbon dioxide emission caused due to the excessive burning of coal. Cryptocurrencies and their mining are unnecessary concepts for most environmentalists.

A CNBC report states the mining process of Bitcoin alone emanates more than 35.95 million tons of carbon dioxide every year, which is equal to the emission level of New Zealand.

Can the mining be turned into green infrastructure?

The existing mining infrastructure undoubtedly feeds on tremendous electricity. Along with that, the mining process is vehemently burning out fossil fuels and causing excessive carbon dioxide emissions. The alternative solution to mitigate the adverse environmental impact could be the application of renewable energy, which seems far from reality and expensive to install.

Given the sumptuousness of renewable solutions, ordinary miners excavating coins with the help of a limited number of rigs installed in the home can’t shift to renewable sources so quickly. Availability of copious space is also the requirement for installing renewable energy plants. However, a holistic approach towards reducing the threats posed to the environment can let the mining plants thrive on any nation’s soil. If otherwise, cryptocurrency mining seems to have a cloudy future.

What cryptocurrency mining proponents have to defend?

In an interview with forks.news, Stefan Rust, the founder of Sonic Capital, says we have compounded suspicion and scepticism around bitcoins and the energy it is eating up. At the same time, we have more significant problems to fight with.

Alex Tapscott, MD of Ninepoint, says a few of the fears huddling around Bitcoin’s carbon footprint are misleading.