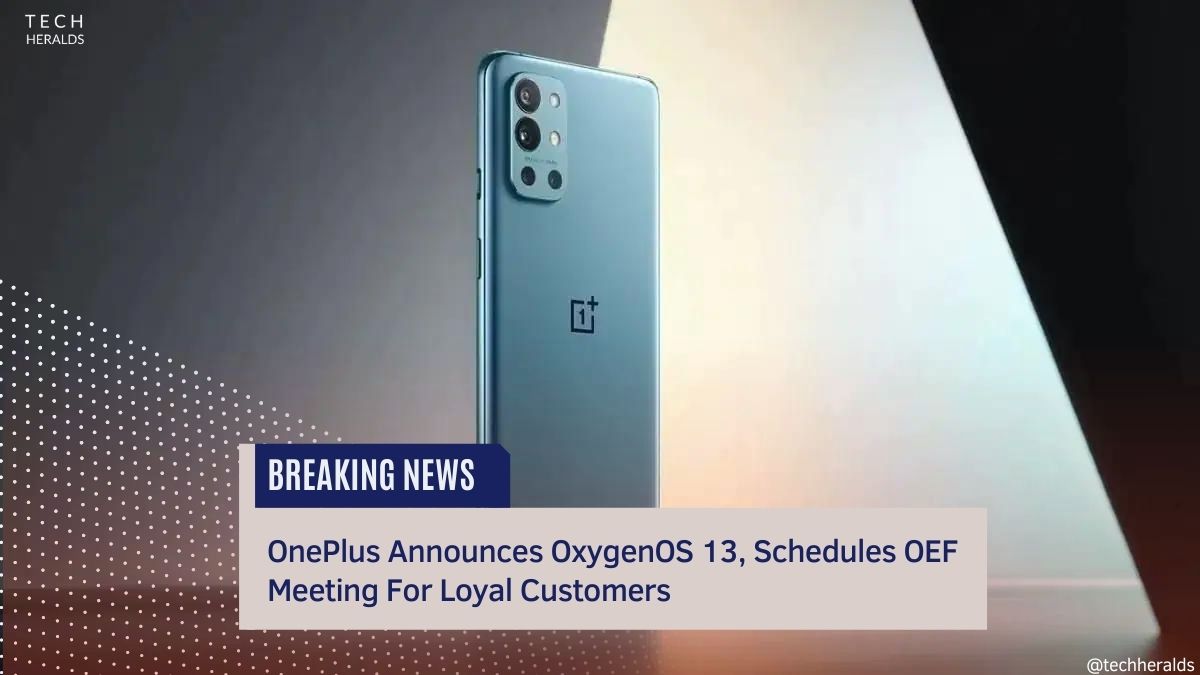 The company OnePlus has announced An Open Ears Forum meeting for its next-generation operating system, OxygenOS 13, on February 28. Customers of the Android phone manufacturer will ask questions about the software update during an online conference set for February 28. OxygenOS is a modified Android skin created by OnePlus for its flagship smartphones and other OnePlus-branded devices. The software version will run on top of the Android operating system, which will be available soon.

In June 2021, OnePlus announced the merging of its OxygenOS and Oppo’s ColorOS operating systems, intending to bring the two popular custom skins used by its devices into a single unified platform. As a result, OnePlus revealed that the OnePlus 10 Pro would ship with the much-anticipated Unified OS, rather than OxygenOS 12, which was released in China last year and will be available internationally in mid-2019. The OnePlus 10, on the other hand, was running Oxygen OS 12.

Who Can Participate In OxygenOS 13 OEF

Those interested in participating in the beta testing of OxygenOS 13 may do so by filling out an online application form provided by a company. When the Open Ears Forum is held on February 28, there will be an opportunity to participate in a conversation about it. OnePlus customers interested in participating in the OxygenOS 13 beta testing program may fill out an online form on the company’s website until February 18 and sign a non-disclosure agreement if they are chosen to participate in the program before it is made public.

According to expectations, the future OxygenOS 13 will be optimized for speed and battery life. It will also include bug fixes, security updates, and other general enhancements to make the operating system more usable in general. Also included are system stability, improvements to the user experience, and improvements to the operating system itself. At 7:30 pm HKT on February 28, the corporation will host an OEF (Open Ears Forum) session (5 pm IST).

A new thread has been started in the OnePlus forums to hear what consumers think about the company’s software updates after the release of OxygenOS 13, which is presently in development. “Take advantage of this opportunity to discuss one of the most important issues we’ve introduced to Open Ears Forums to yet.” The company said in an official statement that “your comments will be vital in shaping one of our most critical operating system improvements.” OnePlus has said that it would continue to use the version – major. Minor strategy for naming its software upgrades, but it seems that the firm is open to the notion of unifying its Android and OxygenOS operating systems into a single unified platform.

Android 13, which was just released as a developer preview, is likely to serve as the foundation for the next OxygenOS 13. OxygenOS may also make use of its proprietary customizations to provide a more different experience when compared to standard Android.

The Oppo Reno 7 Pro 5G Launched In India, See Price, Specifications And Where To Buy

The Motorola G Stylus Launched In The US At $300, Comes As A Cheaper Option To Samsung Note Devices