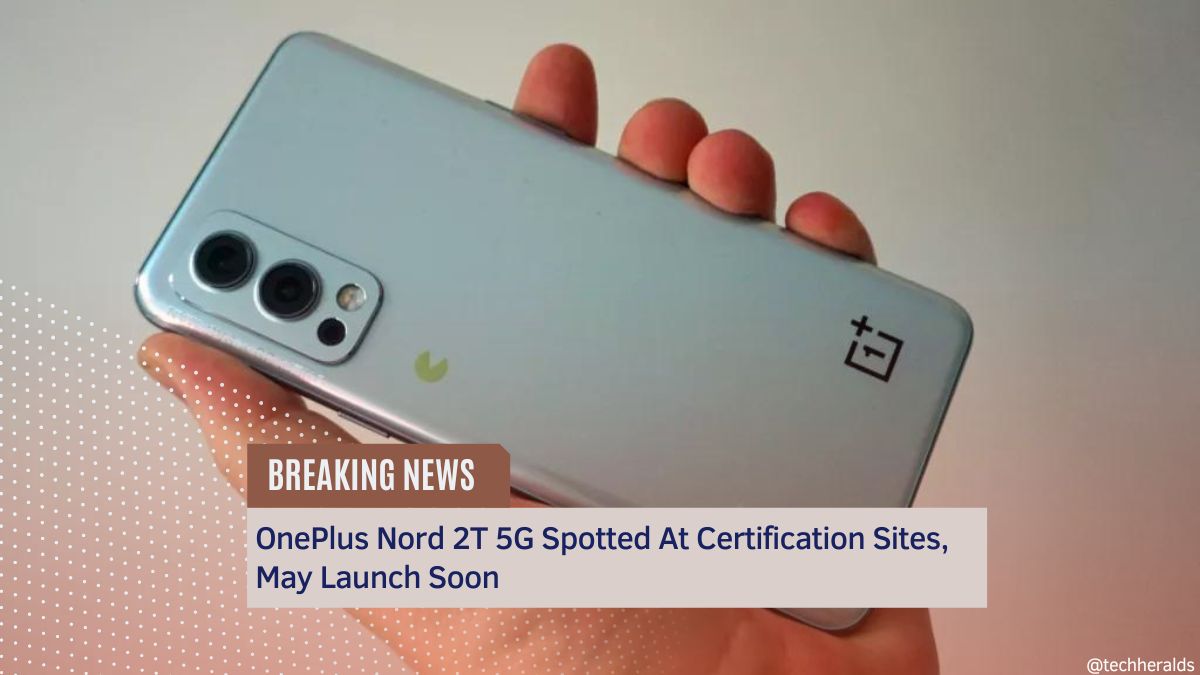 OnePlus is expected to launch multiple variants of the Nord series in the coming months, based on our first reports. After reports that suggested that a OnePlus Nord 2T 5G could arrive first, followed by a OnePlus Nord 3, we now have information about another phone in the series.

The OnePlus Nord 2T 5G has been spotted on the NBTC certification website, suggesting that it should launch soon. The listing does not offer any details about the phone’s specifications or features, but it does show two different model numbers.

According to previous reports and leaks, the device could launch with the model number EB2101 and may use a Snapdragon 765G chipset. Rumours also suggested that it might offer up to 12GB of RAM and 256GB of storage. It will be an affordable alternative to the OnePlus 9R with some compromises in terms of performance and features.

According to recently leaked data from a tipster, the OnePlus Nord 2T 5G is expected to be unveiled sometime in May. However, there is no official confirmation yet. In addition, more details about the phone could surface in the coming weeks as we approach its launch date.
Nord 2T name was just verified when the device was discovered for the first time on TDRA, which is another certification website, earlier this month. Despite this, the device’s model number CPH2399 has been validated by the NBTC listing. Notably, this model will be a somewhat improved version of the Nord 2.

The Nord 2T will have a 6.43-inch flexible AMOLED display with a 90Hz refresh rate and Full HD+ resolution, according to the listing. It will also have a punch-hole cutout in one corner. The device should feature an octa-core MediaTek Dimensity 1300 processor and a Mali G77 graphics processor.

The OnePlus Nord 2T will feature a triple camera arrangement on the back. The main snapper will use a 50-megapixel Sony IMX766 sensor, combined with an 8-megapixel ultra-wide-angle lens and a 2-megapixel secondary camera. On the front of the smartphone are expected to be installed selfie cameras with 32 megapixels. The gadget will work under the control of the OxygenOS 12 operating system based on Android 12. Powering the device should be a massive 4,500mAh battery pack capable of rapid charging at 80W.

OnePlus has always been known for creating high-end smartphones that are easy on the wallet and easy to use. However, in recent years, the company has been preparing to transition from being a flagship brand to one that is accessible to all customers and employees.

One recent example of this was the introduction of the Oneplus Nord CE 2 Lite smartphone, which is available in the Indian market for less than Rs 20,000. Furthermore, the OnePlus roadmap for 2022 revealed that the smartphone company would introduce many smartphones this year, therefore terminating the exclusive agreement with Apple.

The company plans to continue its expansion into new markets such as India and China, where it will be available at brick-and-mortar stores such as Croma and Reliance Digital and online retailers such as Amazon India and Flipkart.