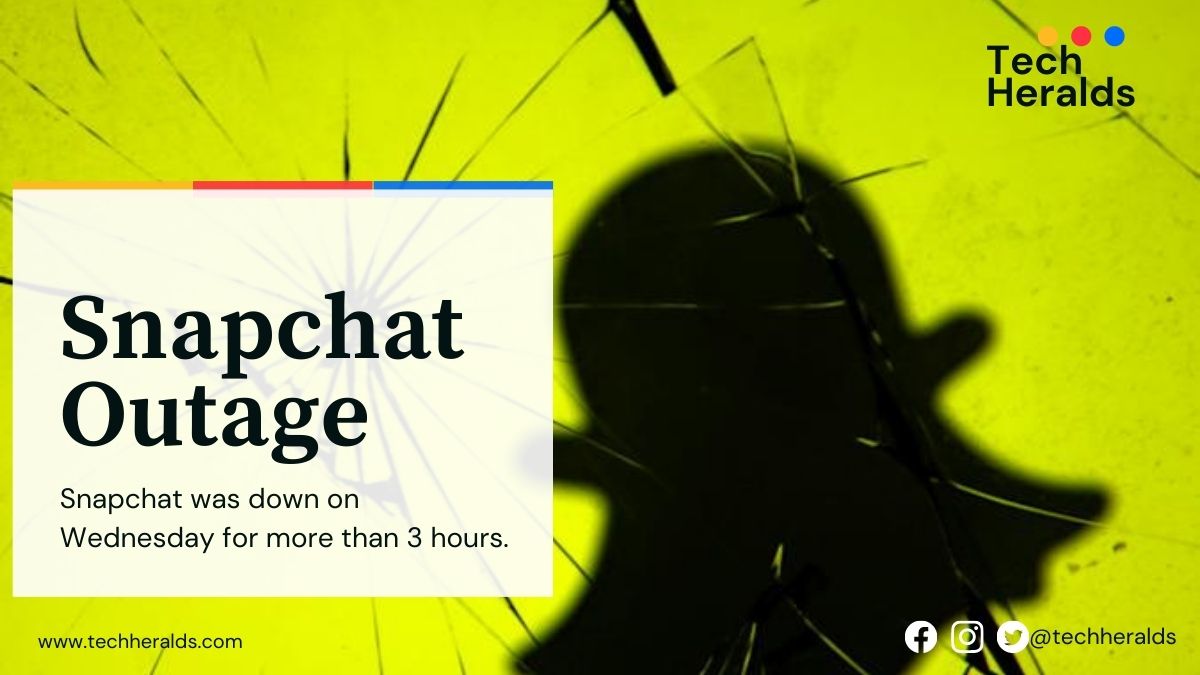 Just nine days after the outage at Facebook and its subsidiaries network, Snapchat went down for several hours on Wednesday. Snapchat users experienced errors while posting stories and sending messages on the platform during the outage. However, the impact of Snapchat outage was not as severe as Facebook went through.

Thousands of Snapchat users moved to the microblogging site Twitter to report the difficulties faced while communicating on the platform. On the other hand, the outage went unnoticed for a few Snapchat users, and the app was also functioning normally.

After Snapchat outage, the first tweet from the Snapchat support team came at 5.19 PM IST that said the group was working to fix the issue. The snapchat outage seemed not a matter of concern and was solved within 3 three hours. The support team posted another tweet at 8.01 PM on Twitter, just 2 hours and 40 minutes later, saying the issue had been resolved. The support team also requested the app users to report the problems if they faced any.

The Snapchat app was facing an outage for less or more than 3 hours in various regions. But it caused no significant loss to the holding company of Snapchat – Snap Inc.

The latest Snapchat outage was the second such incident that happened in the last one and a half years. In April last year, too, the app underwent a downtime spanning about 6 hours, but it was not due to any malfunctioning on Snapchat’s end. The outage that occurred last year was caused due to an outage of an element of the machinery working behind Google Cloud.
Even though the outage at Facebook recorded in the last week remains the most severe outage in social media history.

The Snapchat app reeling behind other social platforms has recently shown signs of strengthening its foothold in the Indian market. The growth of Snapchat remained crippled as it faced intense competition from its opponent Instagram. For that, Snapchat is continuously bringing new features into both Android and iOS apps. Instagram, for a long time now, has been copying the features of snap chat. Instagram rolled out a story feature in 2016 similar to Snapchat stories. And most recently, Instagram has also brought a disappearing messages feature which was the identity of Snapchat.

The recent changes in the Snapchat user profile section seem exclusive. The user avatar design feature of Snapchat is unique and makes the app stand out of the box. Moreover, Snapchat brought the spotlight feature into its app last year, resembling TikTok and Instagram reels. Snap chat is also paying its users if their snaps go viral on the app.

Snapchat is globally popular amongst the young generation for its streaks and daily offering of new filters. According to the Q-2 2021 reports announcement, the app has an average daily base of 293 million users, which marked a year on year growth of 13 million users. Snapchat is sure about hitting the users base to 301 million worldwide by the end of Q3.

The snapchat outage had put the streaks at risk that snapchat users wound not have afforded to loose. But the outage was resolved within hours and snapchat users could save their streaks. Most people choose snapchat as a mode of communication because of the disappearing message feature of the app. Those users had to switch to another option during the snapchat outage.