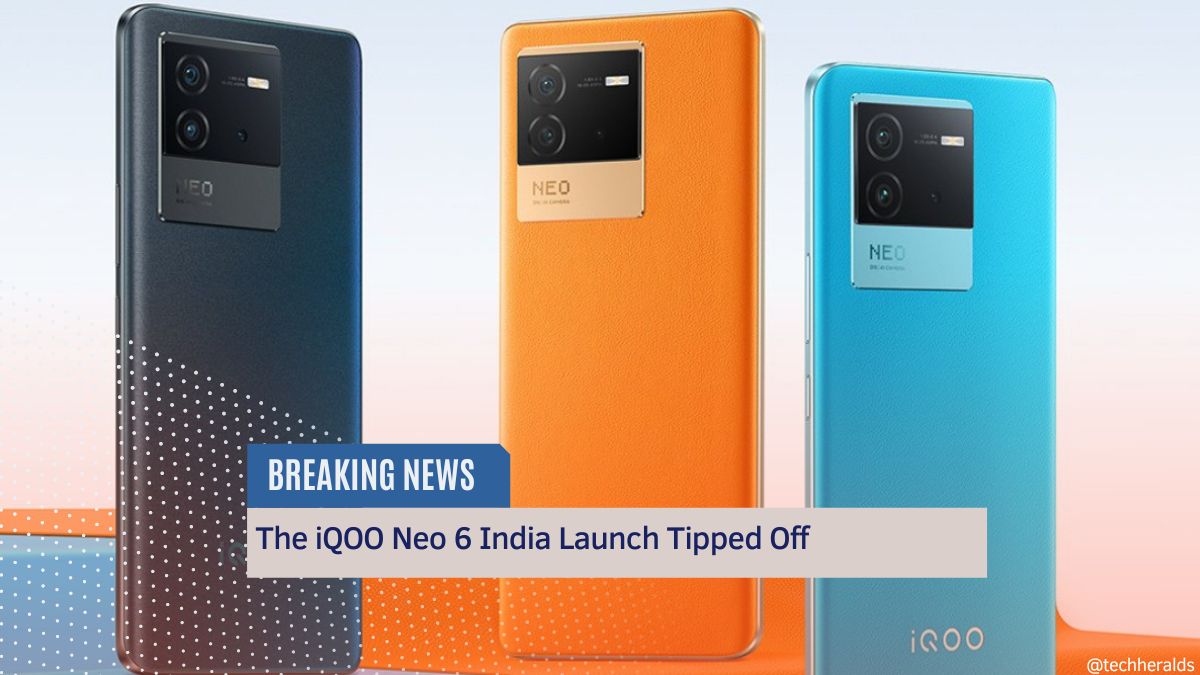 According to Mukul Sharma, an Indian tipster and analyst for smartphones and tablets, the iQOO Neo 6 will be launched in India shortly. In his official Twitter account message dated May 10 2022, he wrote: “I am sure that iQOO Neo 6 is soon coming to India.” If this is true, it would be the first Neo series smartphone launched in India.

The Chinses variant of iQOO Neo 6 features a 6.62-inch AMOLED display with a Full HD+ resolution of 2400×1080 pixels and a resolution of 2400×1080 pixels. The screen is protected by Corning Gorilla Glass 5, which ensures that the screen remains scratch-free and protected from impact damage. The screen has a 120Hz screen refresh rate and a 360Hz touch sampling rate, while the picture density is 397ppi.

The device is powered by a Qualcomm Snapdragon 8 Gen1 CPU, which can be paired with up to 12GB of LPDDR5 RAM and up to 256GB of UFS 3.1 storage space. It also supports 5G network connectivity and has an in-display fingerprint sensor for added security.

The iQOO Neo 6’s camera is a great addition to the device. It has a 64MP primary sensor with an f/1.9 aperture. It also features a 12MP ultra-wide lens and a 2MP portrait sensor. Its front-facing camera is 16MP and has optical image stabilisation (OIS) for better quality.

The iQOO Neo 6 can also record 4K 60fps videos, which is great for those who like to post their videos online or watch them on a larger screen like an HD television. The back camera also features OIS, which helps produce better images by reducing blur from shaking hands when taking pictures or filming videos.

The iQOO Neo 6 gets its juice from a 4,700mAh battery, which supports up to 80W fast charging. Neo 6 boots to the latest Origin OS on top of Android 12.

The expected price for the iQOO is between Rs 30,000 to Rs 35,000. This means that it will be an affordable flagship that will compete against the likes of Realme, Xiaomi, and OnePlus smartphones.