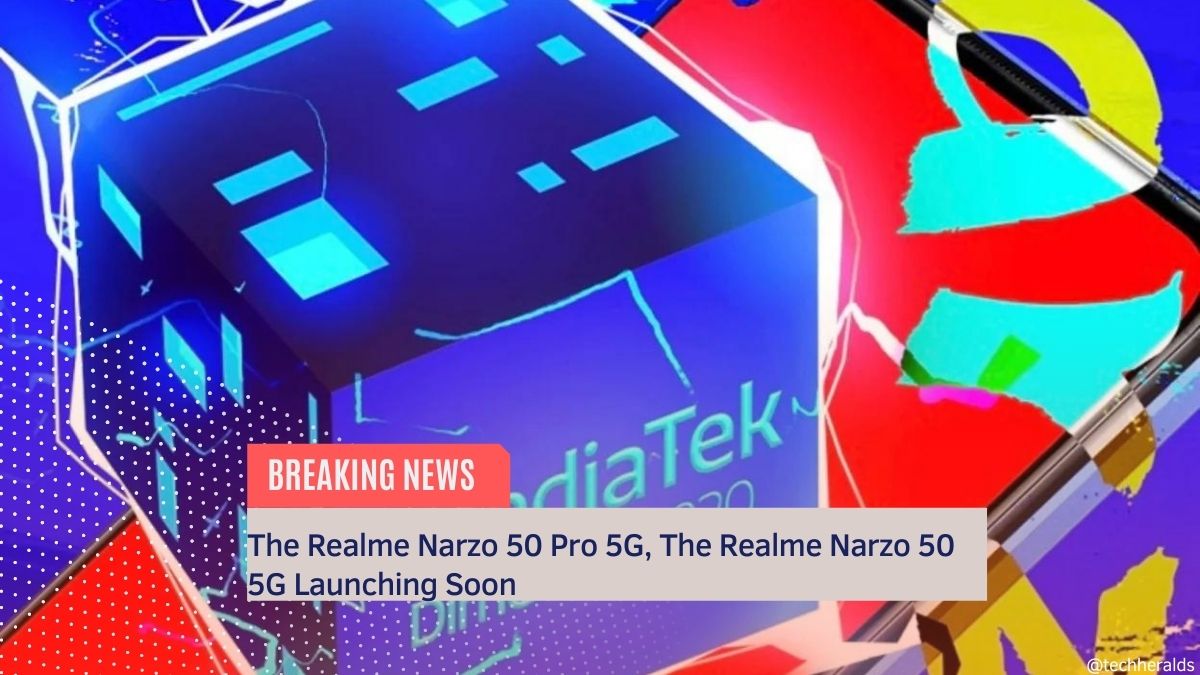 A live stream of the Narzo 50 5G series will be held online on May 18, at 12:30 pm local time, to mark the launch of the series in India. In the same vein, as is customary for Realme, the event will be broadcast live on the company’s YouTube page. Users may also receive updates via the company’s Twitter and Facebook accounts.

There is also a mention that the Narzo 50 Pro 5G will be powered by the MediaTek Dimensity 920 chipset, which is described as the smartphone’s power source. It is important to note that the details of the CPU that will be installed in the vanilla model are still unknown, but the Dimensity 810 chipset may be installed on it.

Recent reports suggest that the Realme Narzo 50 Pro 5G will come in either blue or black color options, and its storage capacities will be 4 GB and 6 GB, respectively.

Additionally, Realme has announced that shortly, the Narzo smartphones will be available for purchase on Amazon India. Even though it had previously been possible to buy the Narzo lineup from Flipkart, Amazon will now offer the Narzo series for sale for the first time through its online store. Additionally, Amazon will be selling pre-existing phones in its inventory.

A lot of information is currently not available about the phone’s other specifications. According to a recent leak, on the other hand, the Narzo 50 5G will have a display that is 6.58 inches in size and an AMOLED panel, which will support a refresh rate of 90Hz.

Additionally, the device is expected to have a 4,800 mAh battery and a fast-charging system of 33 watts. There are also likely to be two cameras on the phone’s rear. In addition to the triple camera setup promised for the Narzo 50 Pro, which could come with a 48-megapixel camera, an 8-megapixel camera, and a 2-megapixel camera, there might also be a front camera with an 8 megapixels resolution.

On the surface, it would seem that the design of both phones would be identical to that of the Realme GT 2. It is anticipated that they would run Android 12 with a layer of the Realme UI 3.0 on top.

The Narzo 50 5G series is expected to feature “additional segment-first features,” and specific information will likely emerge in advance of the series’ release.