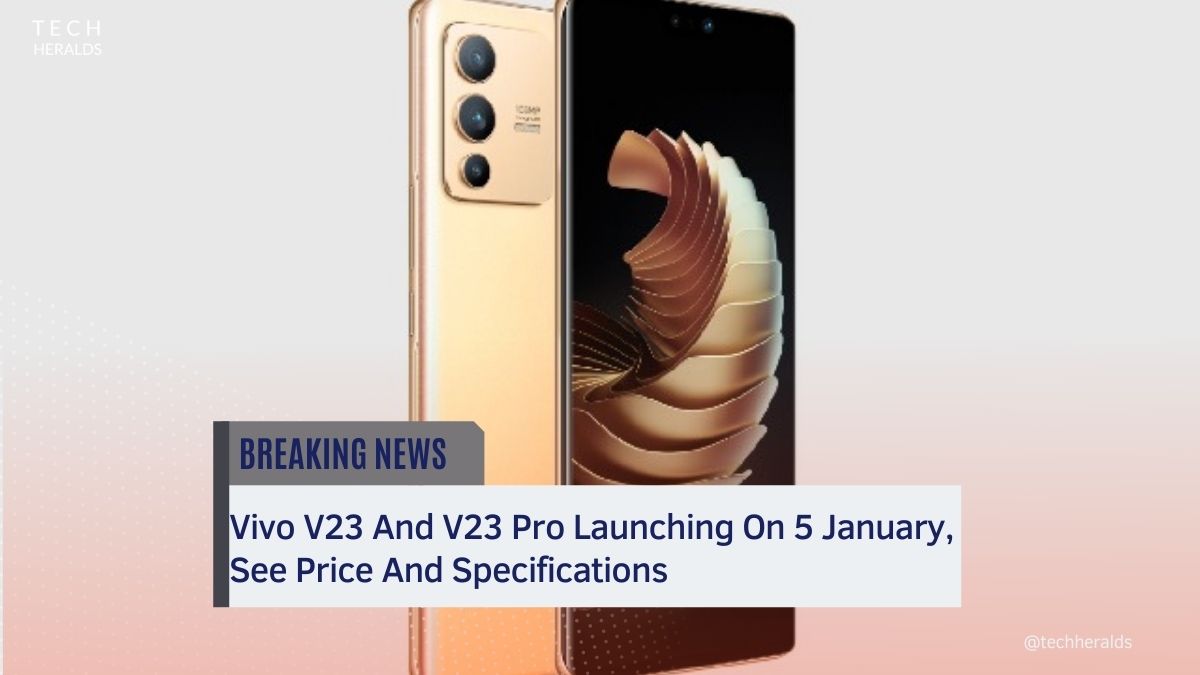 Chinese tech giant Vivo is geared up to launch Vivo V23 and V23 Pro in India on 5 January 2022. However, the company has not revealed additional details of the Vivo V23 lineup smartphones. With the hashtag #DellightEveryMoment, Vivo wrote in a recent tweet, ‘ Watch Siddharth Malhotra trying his hands on India’s first color changing phone. You can try it yourself on 5 January. The outstandingly beautiful and finely designed smartphone #vivov23seires is launching soon. Stay connected to know more about India’s first color-changing smartphone, Vivo wrote in a tweet.

Vivo had shared a teaser of Vivo V23 and V23 Pro earlier in a sports event Pro Kabaddi League. The teaser of the Vivo V23 lineup gave air to the speculation that both smartphones would launch soon in India. The recent tweet by Vivo has now confirmed the launch date of the V23 lineup devices. Vivo V23 and V23 Pro have already been listed on India’s biggest e-commerce platform Flipkart. The sale of V23 series smartphones will go live on 5 January.

Expected Price of Vivo V23 and V23 Pro In India

Vivo V23 will be entitled as the first smartphone in India to be powered by MediaTek Dimensity 920 SoC. The smartphone will come with a 6.44-inch FHD+ AMOLED display and a 90Hz screen refresh rate.

On the front side, V23 has two selfie cameras. Among them, one will be a 50MP shooter, and the other will be an 8MP shooter. Tipster Yogesh suggests that Vivo V23 will have a triple camera setup on the phone’s backside. The camera setup will consist 50MP primary shooter, an 8MP ultra-wide shooter, and a 2MP Macro lens.

The phone will have 12GB RAM and UFS 2.2 256GB expandable storage options. The device is equipped with a 4,200mAh battery that supports 44W fast charging. On the OS front, Android 12 is expected to be used, with Vivo’s Funtouch OS 12 layering skin on the top.

The Vivo V23 Pro 5G is tipped to be priced between Rs 37,000 and Rs 40,000 in India. The tipster has suggested that the device come with a MediaTek Dimensity 1200 SoC and a 108-megapixel triple camera setup. The upcoming device will be available in Sunshine Gold and Stardust Black color options.

Vivo V23 Pro is said to boast a 6.56-inch 3D curved screen with a screen refresh rate of 90Hz. The 6.56 screen will be FHD+ AMOLED. Just like V23, users can get to see a triple camera setup on the backside of the phone. The triple camera setup includes a 108MP primary camera, an 8MP ultra-wide shooter, and a 2MP Macro lens. The front cameras of the device will have 50MP and 8MP shooters.

Vivo V23 Pro will be equipped with MediaTek Dimensity 1200 SoC accompanied with 12GB of RAM and up to 256GB UFS 2.2 storage. A 4,300mAh battery will power the phone with a 44W fast charging support. The phone is said to run on Funtouch OS 12 on top of Android 12.