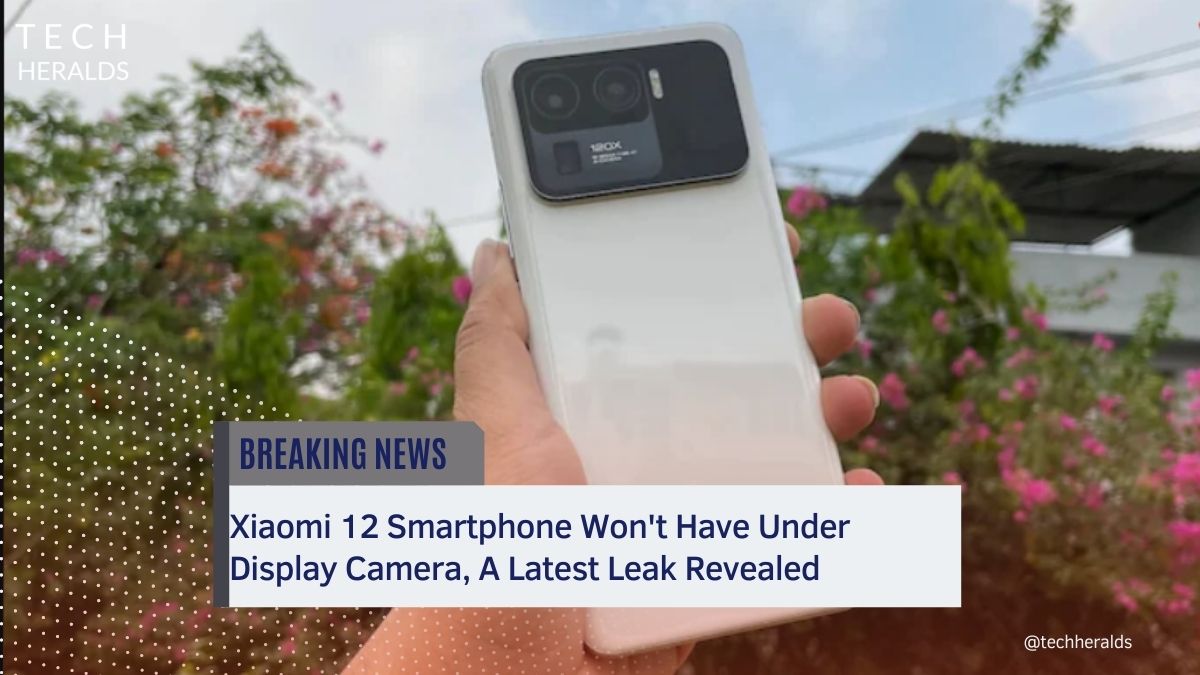 Chinese popular brand Xiaomi is looking forward to launching its flagship Xiaomi 12 smartphone later this month. The upcoming phone, launching on 28 December as per the reports, will come into three variants: Xiaomi 12, Xiaomi 12X and Xiaomi 12 pro.

In the last few days, many tip-offs are coming over the internet about the Xiaomi 12 smartphone and have almost revealed the confirmed specifications of the phone. Now, another tip-off from a Twitter user, who often tweets about the upcoming smartphones, suggests that the Xiaomi 12 will not house an under-display camera on the front side of the phone.

As per the Twitter user, who identifies himself as @DCS (DigitalChatStation), the Xiaomi 12 will have a standard punch hole camera instead of the under-display camera. All three variants of the upcoming smartphone will have a punch-hole camera. The company has not yet provided any reason for switching back to the older generation of camera placement. Additionally, all the variants will have the punch hole camera placed at the centre of the screen. The punch hole also looks smaller than the previously launched Xiaomi 11.

The top model of the Xiaomi 12 smartphone i-e Xiaomi 12 Pro, is said to be the world’s first camera powered by the Snapdragon 8 Generation 1 Processor based on a 4-nanometer chipset. With the latest processor used in the phone, the company proclaims to offer 20 per cent faster processing power. The chipset uses a three-cluster architecture, with the main core running at 3.0 GHz. Three performance cores are clocked at 2.5 GHz, while the remaining efficiency cores are clocked at 1.8 GHz. There are a total of seven cores in the processor.

The upcoming Xiaomi 12 also comprises a triple camera setup. The main camera has a 50MP Samsung ISOCELL GN5 sensor. The back panel of the phone will have an AG Glass panel. Xiaomi 12 will have a 5000mAh battery with support to 100W fast charging.

The price of the Xiaomi 12 Pro is expected to be around Rs 75,000 in India. Xiaomi 11 was launched at Rs 69,999 last year. Given that, the upcoming phone will be too priced somewhere around seventy thousand rupees.