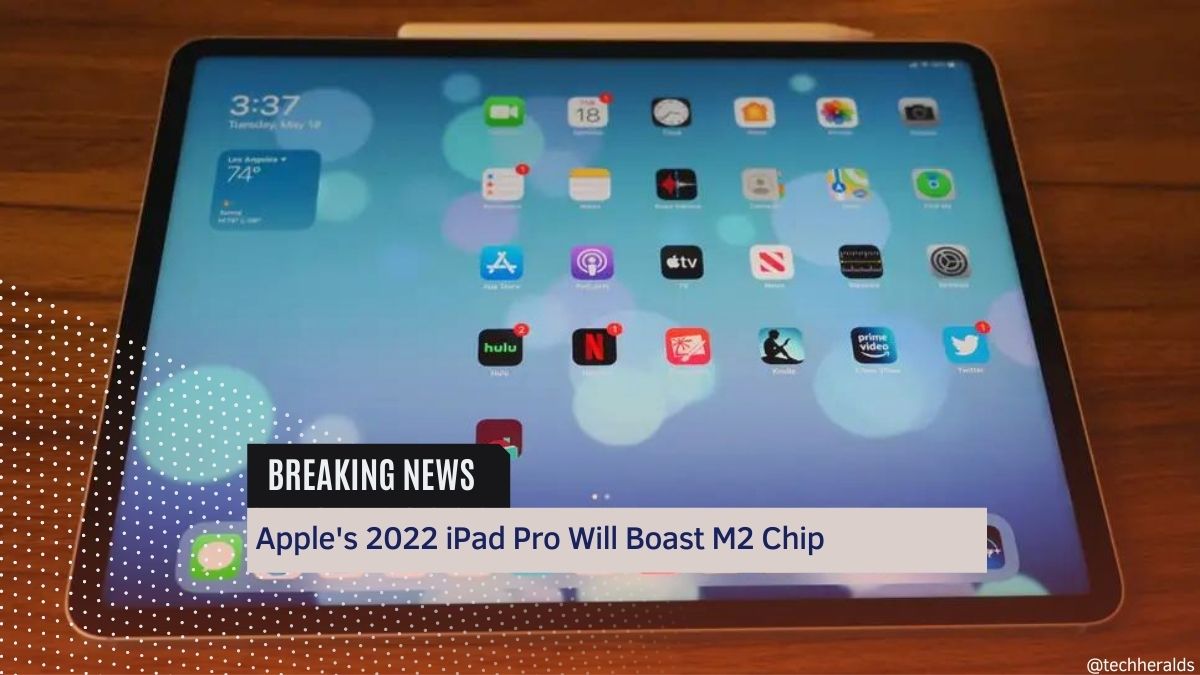 According to the Power On newsletter published by Apple tracker and analyst Mark Gurman, Apple seems to aim for a release date for their new 2022 iPad Pro with the M2 chip anytime during September and November.

According to Mr. Gurman, the 2022 iPad Pro’s software will be significantly upgraded, including MagSafe charging support.
The previous round of upgrades to the iPad Pro was released in 2018, when Apple launched a new design with more durable edges, an edge-to-edge display, and a USB-C port, as noted by Gurman. The previous upgrade to the iPad Pro 10.5 came approximately one year after that model’s 2017 release.

Apple may not have unveiled the newest 2022 iPad Pro at its “Peek Performance” event earlier this month, but a new report from 9to5Mac claims that the device will finally release in September. According to the report, the updated 2022 iPad Pro will include wireless charging capabilities and a glass back.

According to the speculations, the new model may appear between September and November 2022. According to rumors, Apple will spend between one year and four months and one year and six months preparing for the next model. Apple recently released the most recent variation of M1-equipped iPad Pros in May 2021, which is the same month as the previous edition.

The new M2 chip is said to bring some performance improvements over its predecessor and some unique features like additional Thunderbolt ports and expanded cellular connectivity. However, there hasn’t been much information released regarding the supposed M2 chip since Apple hasn’t acknowledged the chip’s existence.

In Gurman’s opinion, the chip’s CPU will be marginally quicker than its predecessor and will have the same eight-core design. He also anticipates that Apple will include the M2 chip in the new iPad Pro and the new 13-inch MacBook Pro, Mac Mini, and 24-inch iMac, which are said to release later this year. Apple analyst Ming-Chi Kuo predicts that the revamped MacBook Air will be powered by an M1 processor, whereas Gurman predicts that the reported M2 chip will power it.

Base Variant of 2022 iPad Pro Will Get A redesign

Additionally, the news is that the entry-level iPad may be getting an update with a design that looks more like the iPad Pro line.
This rumor continues a more significant trend in which Apple has been updating its mid-range tablets to have the same design as its upper-tier models. The iPad mini (2021) and iPad Air (2020) have already been updated with this new design, making them the first in their families to have such a visual upgrade.

It makes sense that the entry-level iPad would also be getting this update soon. The brand tends to make sure all of its products are up-to-date with each other so that users can expect a similar experience across all gadgets in their ecosystem. By the end of 2022, the entry-level iPad would likely be one of the only products that hadn’t received this update yet—and it’s unlikely Apple would want to leave it out for long.

Though we don’t know for sure when this update will occur, we’re anticipating it will happen between now and September 2022. This will be when Apple unveiled its iPhone 14 model and whatever new gadgets they were working on.