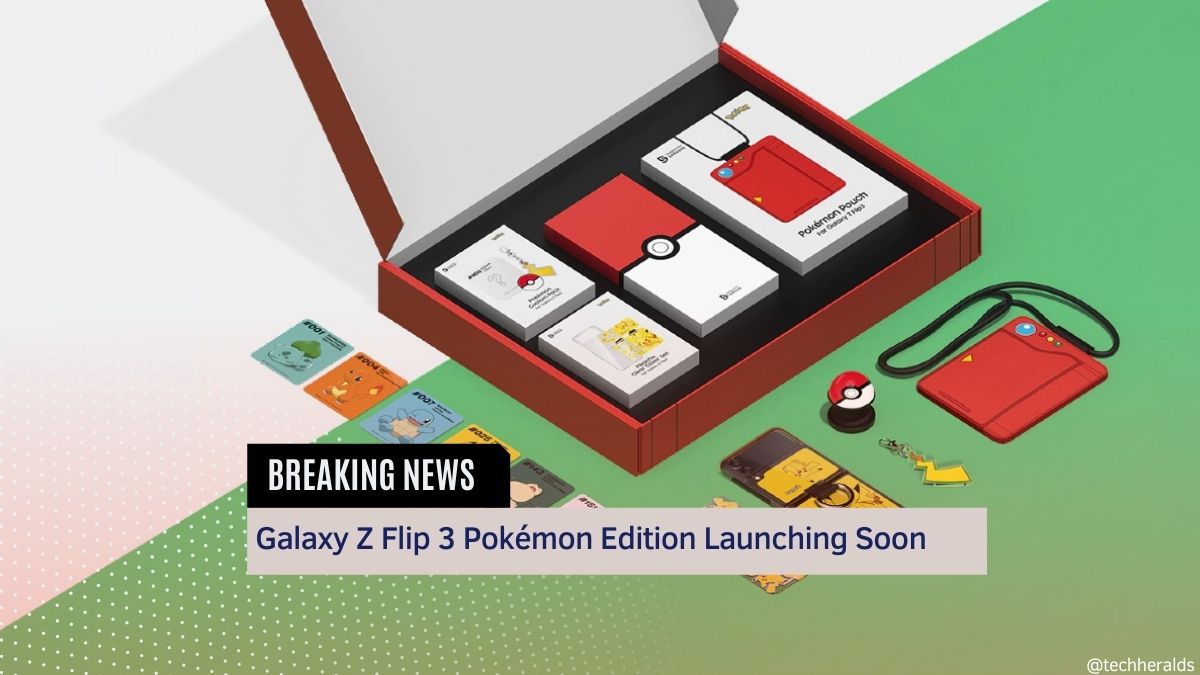 In South Korea, Samsung is releasing a fresh new limited-edition exclusive product, the Galaxy Z Flip 3 Pokémon edition. The phone itself isn’t all that different; it’s simply the same old Z Flip 3, but with a Pokémon-themed accessories and stickers.

Several customers were taken by surprise by the announcement, as they had been anticipating a successor to the Galaxy Z Flip 3 to be announced in the following weeks. According to reliable sources, Samsung has partnered with GameFreak to build this new mobile phone for the gaming community. Furthermore, there is no indication that this phone will be made accessible outside of South Korea at any point in time.

As a starting point, we have an original package design based on the Pokéball, which is sure to become very popular among collectors and fans of the series alike. Pikachu keychains, Pokémon travel case, and stickers are all included in this limited edition set of merchandise. The phone itself is a conventional black Galaxy Z Flip 3, but when it’s protected by the special protective case that comes with it, it seems to be something else entirely.

The new phone, which will be released later this month on April 25, will have a few accessories that are inspired by the Pokémon franchise. Although there is no sign that the phone has been modified in any way, the only thing that has changed is the addition of some new Pokémon-themed accessories to the package.

While it is predictable that the price will not be much more than that of the standard Galaxy Z Flip 3, which now sells for $1,000 or more in the United States, it’s also unlikely that it would be significantly cheaper. Because of the additional items in the package, this edition of the phone is likely to be considerably more costly than the standard version, if not more expensive than the regular version entirely.

Consumers in South Korea will have five days from now until the end of the month to express their interest in the Pokémon-themed phone, which will be available for purchase.