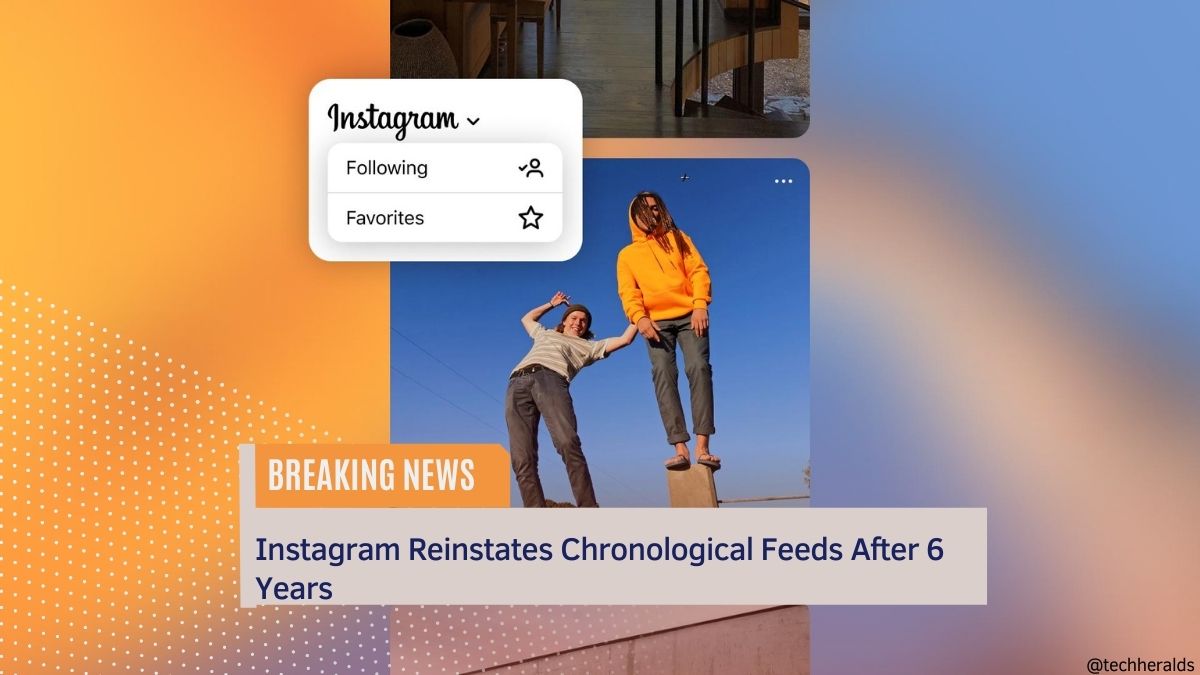 Instagram is rolling out chronological feeds that will let you see what’s happening on your feed that you surely won’t want to miss. The new feature, which will be available in the iOS version of the app, will allow you to sort your feed by favourites and see everything in chronological order. The photo-sharing platform reintroduced its favourites and following feeds, replaced by an algorithmically-driven news feed in 2016.

In a recent interview with the Wall Street Journal, CEO Adam Mosseri explained that Instagram is returning to a chronological model of the platform’s feed. The new chronological feed will be available starting today on iOS devices.

The chronological feeds mode of the Instagram will enable users to see photos and videos from accounts they follow more naturally by seeing content from their friends and family first. This change is first introduced on the iOS platform, while the information about launching the same feature for the Android platform is still sparse.

The new feed settings can be found by tapping on the Instagram logo on the app’s screen. You’ll be able to choose between two different feeds: Following and Favorites. If all you want is a chronological list of the photographs and videos that the accounts you follow upload, then Following is the feed you’ll want to subscribe to. Meanwhile, Favorites will allow you to pick up to 50 accounts from which you will view posts first, followed by a chronological list of anything else you have selected.

For the last five years, the social media platform has utilized an algorithmic-based feed that sorts posts based on various factors, including which accounts you interact with most frequently and the times at which you tend to be active on the platform. However, this new feature will not replace the algorithmic feed; instead, it is an additional offering that can be selected as a user’s primary feed.

Although Instagram has explained this decision regarding its users’ desires, there are also benefits for Instagram itself.
The return of several features is a welcome sight, but there’s an interesting story behind why these adjustments were made. The company’s decision to make this change came after CEO Adam Mosseri said during a Senate hearing in December that chronological feeds will be reinstated in response to concerns that such algorithms were misleading consumers.

Here’s how to use Favorites and Following.

Favourites help you keep up with the latest posts from your favourite Instagram accounts. When you select an account as a Favorite, that account’s posts will show up in your Favorites feed and at the top of your home page feed. Followers are accounts whose posts you’ll see in chronological order on the Following feed. You can choose to follow or unfollow an account at any time.

Both Favorites and Following will display posts in chronological order, allowing you to quickly catch up on the most recent entries on your favourite topics.

In the last three years, Instagram has been ignoring the complaints of their users in regards to their algorithm-based feed. This year, they finally decided to listen and reinstate chronological feeds. By implementing this algorithm, they get closer to a solution that might satisfy their users. Twitter did this three years ago, and now, Instagram is doing it as well.