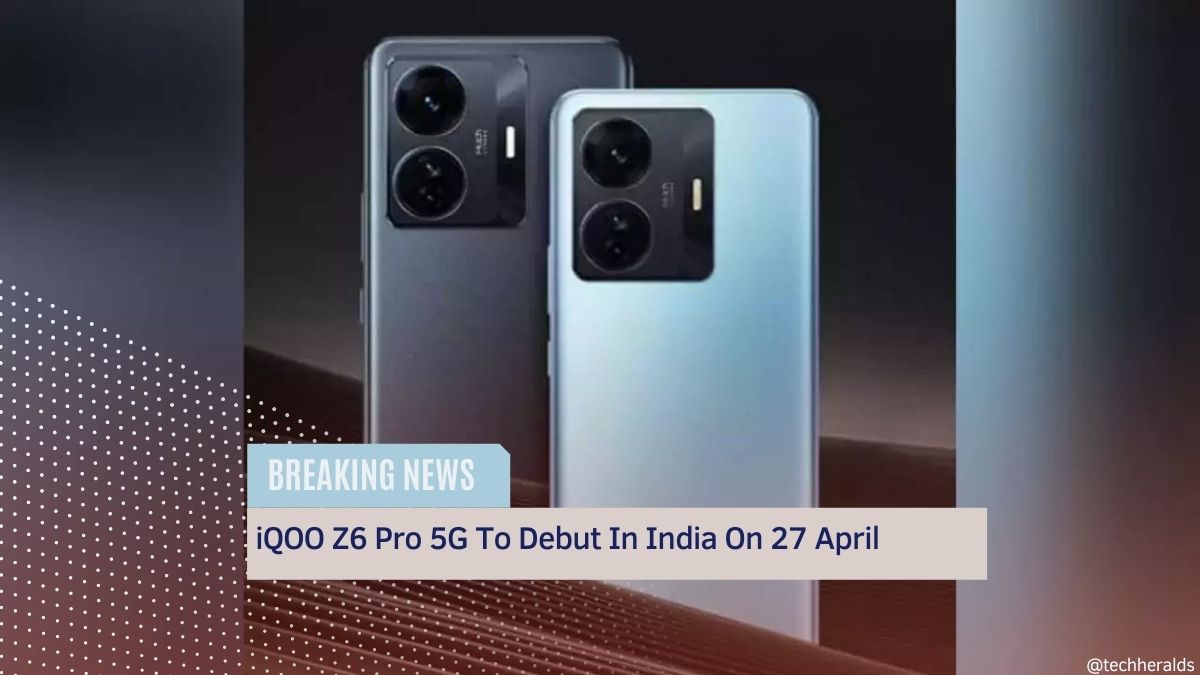 iQOO’s Z series smartphones are known for their top-notch components, so it’s expected that this new model will be no exception. It will also have a triple-camera array and 66W fast charging technology, among other features.

The iQOO Z6 Pro 5G will be the company’s second Z-series smartphone equipped with a Qualcomm Snapdragon 778G SoC after the iQOO Z5 5G, which was released last year. The new handset will feature a better display, quicker charging capabilities, and noticeable improvements.

In its press release about India’s upcoming device’s launch, iQoo states that it will be “India’s fastest 5G smartphone in the 25K bracket.” It also claims that it has AnTuTu benchmark scores of more than 5,50,000 among smartphones priced at or fewer Rs 25,000 in India.

The iQOO Z6 Pro 5G will include:

The iQOO Z6 Pro 5G is rumored to have a 16MP front-facing camera for photography and videography. On the back of the phone, we expect a triple-camera setup that includes a 64-megapixel primary lens, an 8-megapixel depth sensor, and a 2-megapixel macro lens. If these rumors are true, then the iQOO Z6 Pro 5G will stand out among its peers in the camera department. The camera system can shoot 4K video at 60fps and has a slew of AI features that assist in capturing better images. The device also incorporates an LED flash at the rear.

A Qualcomm Snapdragon 778G processor powers the gadget. The Snapdragon 778G chipset is more powerful than its predecessor and has been specially designed for smartphones running Android 11. It should be capable of supporting up to 8GB of RAM and 128GB of internal storage space.

The iQOO Z6 Pro 5G is expected to launch in India on April 27, with a battery capacity of 5,000mAh and rapid charging at 66W. The handset is capable of booting FunTouch OS 12, which is based on Android 12. It will have two years of Android upgrades and three years of security updates.

Wi-Fi 5, Bluetooth 5.1, GPS, and a USB Type-C connector should all be available as connectivity choices of the phone.

According to the company, the smartphone will be available for purchase in India via Amazon and the firm’s website. iQoo will release the additional details regarding the iQOO Z6 Pro 5G availability, price, and color choices during the launch event. According to the specs, the device is estimated to cost less than Rs. 25,000 in the nation when it is launched.