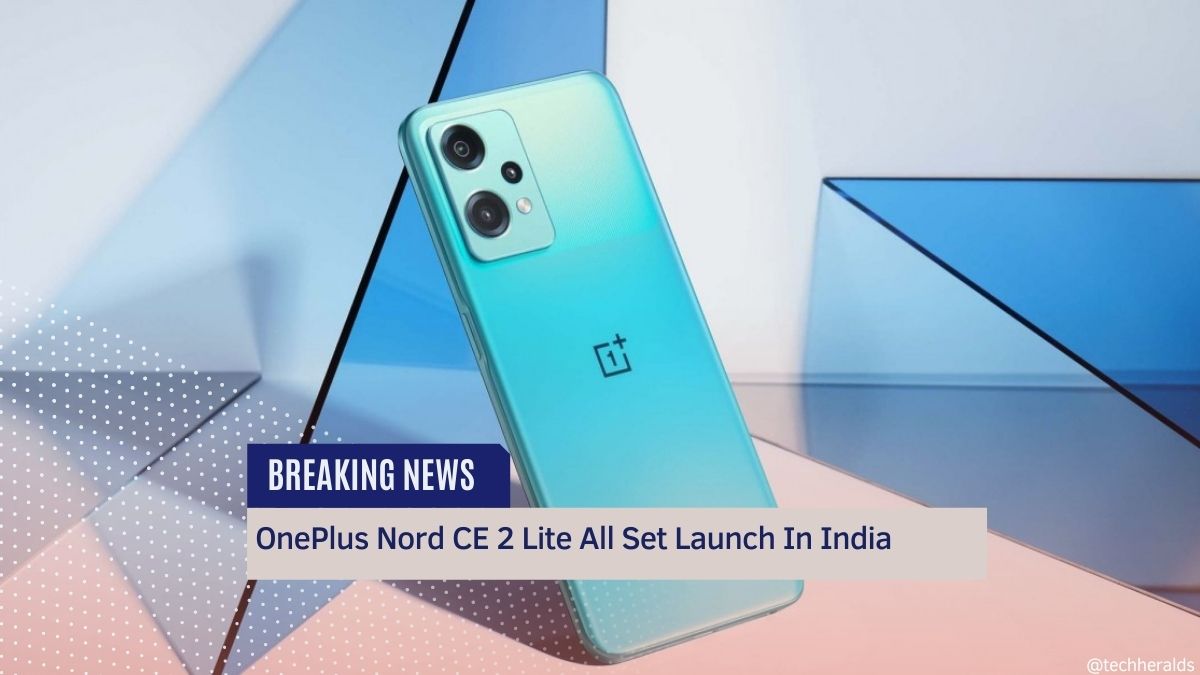 OnePlus has officially given us a glimpse at the design for the OnePlus Nord CE 2 Lite 5G. The phone is a cheaper variant of the Nord CE 2, released in India last month and received positive reviews.

On its social media sites, OnePlus shared a render of the following phone, which showed off the “Blue Tide” color choice from the back of the device. The Nord CE 2 Lite will have a hole cut out on one end, resembling the higher variant Nord CE 2. A dedicated page on Amazon India confirms the punch-hole display of Nord CE 2 Lite. OnePlus has attempted to keep the lite variant of Nord CE 2 to be distinctive from its rival brands, including Realme and Oppo.

It has already been disclosed by OnePlus that the Nord CE 2 Lite will provide “yet another endurance performance” from the business and that it will be equipped with a 5,000mAh battery that can be charged quickly with 33W SuperVOOC technology. In 30 minutes, according to the company, you can charge this phone from 0 to 50 percent.

The OnePlus Nord CE 2 Lite will boast a 1080p LCD screen. Under the hood, the phone will have Snapdragon 695 chipset that will work jointly with 6GB and 8GB RAM variants. The available storage options for the Lite variant of Nord CE 2 are 128GB and 256GB.

The photography on this device will be good, too, as the phone comes with a 64MP primary sensor and two 2MP secondary lenses. The phone will come with a 16MP under-the-hole selfie camera for video calling and selfie purposes.

In addition, the display will feature a refresh rate that is higher than 60Hz. The most shocking aspect is that OnePlus may decide to sell this gadget with an LCD screen rather than an AMOLED display. More information about the launch is likely to be released in the following days leading up to the event. Additionally, the phone will run on OxygenOS 11.

OnePlus CE 2 Lite leak speculates that the upcoming phone will not have Alert Slider. The leak is a no-shocker as the company has done the same with other variants from the mid-segment phones. The Chinese brand may want to keep this feature exclusive to its high-end devices. The OnePlus Nord CE 2 Lite should have a fingerprint scanner installed on the side edge to unlock the device.

There is no official word about the phone’s pricing. However, the OnePlus CE 2 Lite is expected to be priced at around Rs 20,000. With 6GB of RAM and 128GB of storage, the Nord CE 2 is priced at Rs 23,999 in India. We may anticipate the Nord CE 2 Lite to be less expensive than its high-end variant.