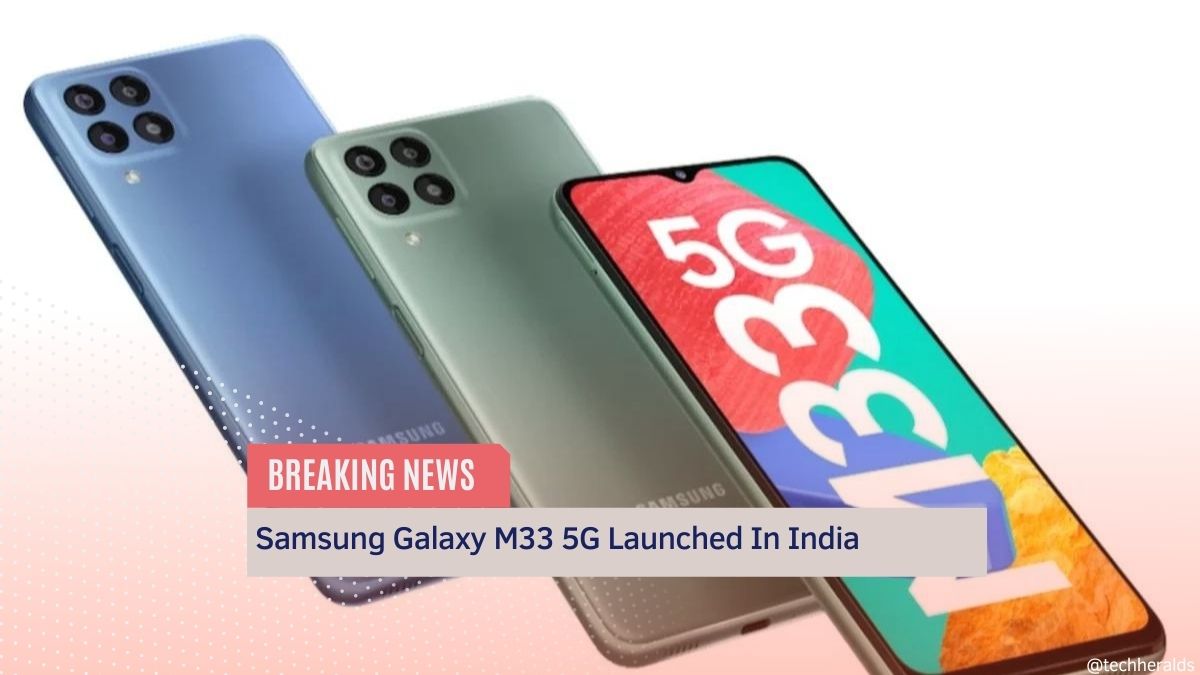 The Samsung Galaxy M33 5G has arrived in India today.. The upcoming Galaxy M33 is a mid-range smartphone with a price tag of Rs 25,000. It seems like an excellent option for gamers. While there is a lot more data about this phone on the website, we will list some of the highlights here:

The Samsung Galaxy M33 5G was unveiled today at 12 p.m. local time in the afternoon. The smartphone will be available for purchase on Amazon and Samsung’s online retailers.

The Samsung Galaxy M33 5G is a mid-range handset with many fantastic features. The most exciting of these is the 5nm chipset, which will be unveiled later this year and will be the first in its class to be included in a mid-range handset. It’s expected that the Exynos 1280 processor will power the phone.

The device will come in two different RAM configurations: 6GB and 8GB. You’ll also choose two storage capacities: 128 GB or 256 GB. The Samsung Galaxy M33 5G also supports a virtual RAM capacity of up to 16 GB. 5G capability is another feature that makes this device stand out from other mid-range handsets on the market today.

The phone has a 6.58-inch FHD+ Infinity-V display with a 120Hz screen refresh rate. The front of the phone is Gorilla Glass 5, which protects against scratches. One of the design’s most obvious flaws can be seen with the notch display. The Samsung phone has a bit out-of-date waterdrop notch design, but it also has a relatively broad bottom bezel.

The Samsung Galaxy M33 5G has a 50-megapixel primary camera and a 5-megapixel ultra-wide sensor with autofocus, making it easy to capture photos even in low light. A 2-megapixel macro camera and a 2-megapixel depth camera are also included in the package. The phone has an 8-megapixel lens for selfies.

There’s a new function called ‘Voice Focus’ on the phone that you may use. It is possible to use this feature to block out background noise when making a call on the telephone. The feature may be utilized in audio and video chats, which are entirely free.

Users will also have access to an enormous 6000mAh battery, and this is the one highlighting feature that makes the Samsung Galaxy M33 stand out. What’s even better is that the enormous battery charges very quickly at a speed of 25W! It also comes with reverse charging.

It comes with 128GB of onboard storage and a microSD card slot for additional storage expansion up to 1TB. It runs Android 12 out of the box with One UI 4.1 on top of it. Additionally, the Galaxy M33 5G has a side-mounted fingerprint scanner. Connectivity features include Gyroscope, Accelerometer, and Proximity sensor.