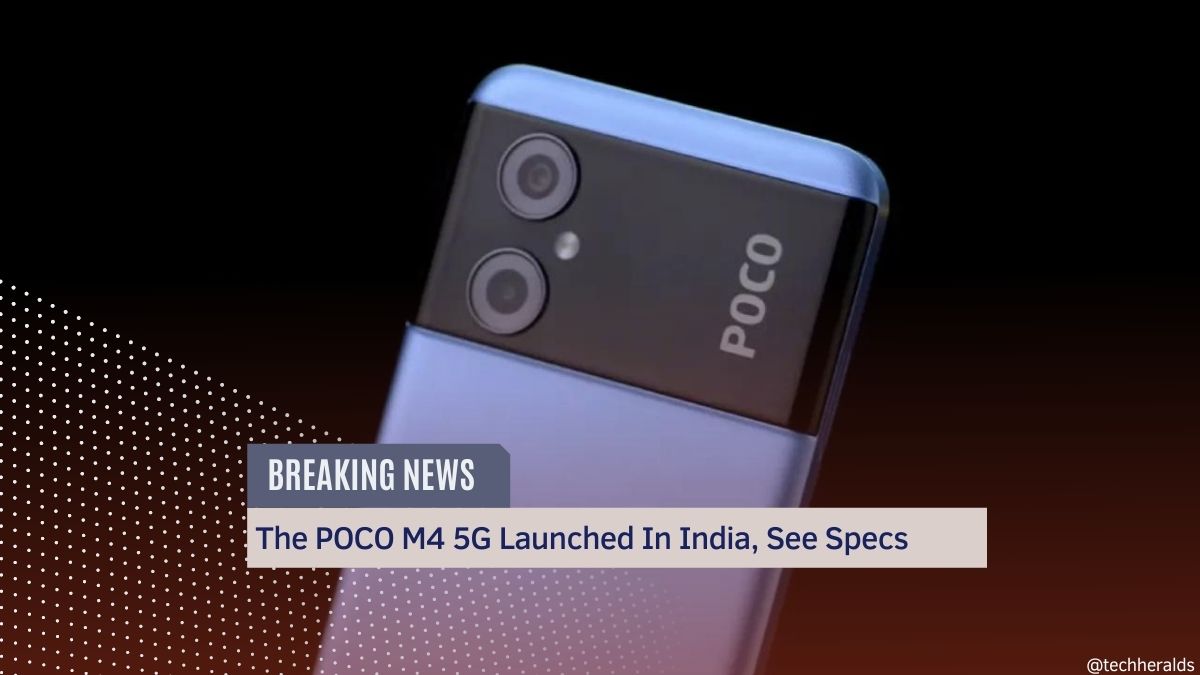 POCO recently announced the release of its latest smartphone, the POCO M4 5G. The company also stated that it would be available for sale on Flipkart starting May 5th. The POCO M4 has a 90Hz display and a 5,000mAh battery and takes the computing power from MediaTek CPU. It also has a primary camera with 50MP resolution on the back and a front-facing LCD with a refresh rate of 90Hz.

Let’s have a detailed look at the specifications.

The POCO M4 5G is a mid-range phone designed for millennials. POCO M4 smartphone features a 6.58-inch full HD+ IPS LCD with a 90Hz refresh rate, up to 600nits of brightness, and a 240Hz touch sampling rate. The device is powered by a MediaTek Dimensity 700 processor with Mali-G57 MC2 GPU that can support up to 6GB of RAM and 128GB of internal storage.

The smartphone derives its juice from a 5,000mAh battery that can be charged at speeds of 18 watts. Other features on the phone include an IR blaster, 3.5mm headphone jack, IP52 certification, and fingerprint scanner on the edge of the phone. The phone also supports external memory through MicroSD Card for more extensive storage.

In the M-series, we have constantly introduced smartphones with features among the first in the budget sector, resulting in them being the best purchase for customers. And the customer reaction to all of the goods in the M-series portfolio has been very positive. POCO India Country Director Anuj Sharma stated in a statement that the company’s “strategy remains the same” with the POCO M4 5G, which is “delivering power with affordability at the core of it.”

POCO, in February 2022, had also launched the POCO X4 Pro 5G. It will go up against the Realme 9 Pro and the Vivo T1 5G, among other high-end devices.

The phone was first announced in India last month, with a starting price of Rs 18,999 (which was later increased to Rs 19,999). In January of this year, the company had previously made its debut at Mobile World Congress 2022. The POCO X4 Pro 5G comes with a 120Hz AMOLED display and Sonic 67W charging technology. Its back camera has an impressive resolution of 64 megapixels.