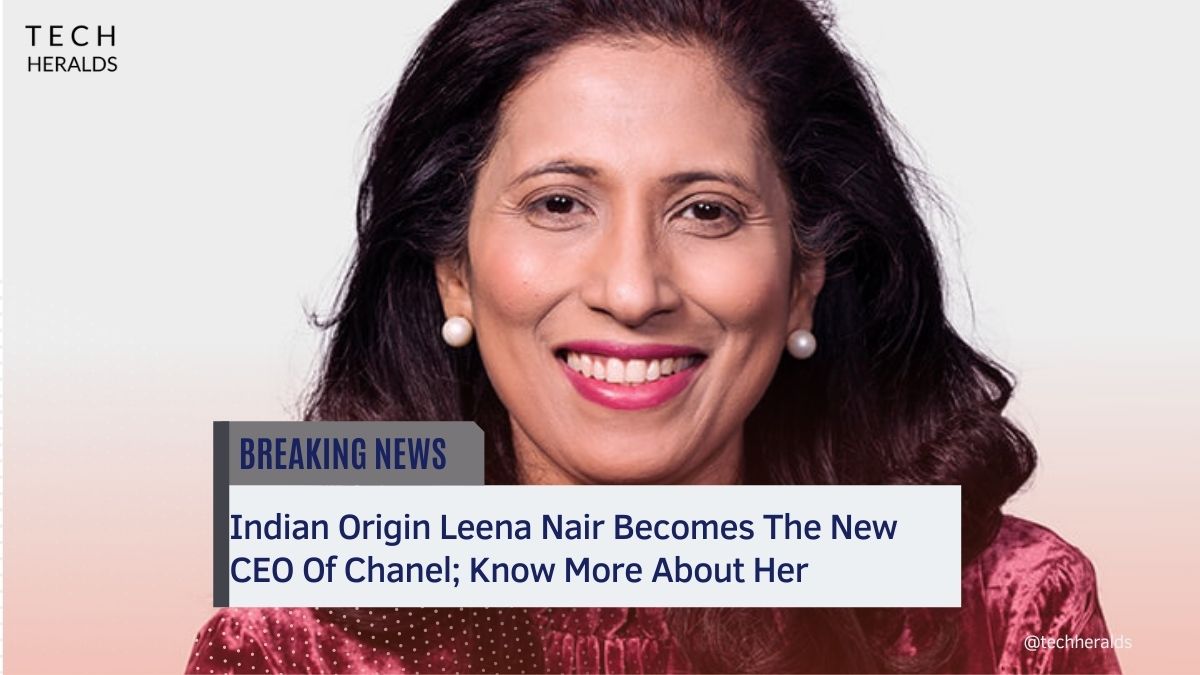 Indian origin Leena Nair, has been appointed as the new global Chief Executive Officer (CEO) of Chanel, a French luxury fashion house. The announcement came after the French luxury brand underwent a rapid internal transformation to deal with the slump amid the COVID-19 pandemic.

Leena Nair will be joining Chanel at the end of January and will be working from London, announced the company by releasing a statement. The organization also mentioned that the new appointments would ensure “long-term success as a private company.”

Chanel’s decision to hire a CEO from a non-fashion industry is considered part of its efforts to show a more inclusive approach.

Indian origin Leena Nair took to social media to show her excitement following the announcement. She tweeted, “I am humbled and honored to be appointed the Global Chief Executive Officer of Chanel, an iconic and admired company.”

Who Is Leena Nair?

Indian origin Leena Nair, who is now 52-year-old, was born in Kolhapur, Maharashtra. Electronics and telecommunications engineering at Walchand College in Sangli. Later, she pursued her MBA in Human Resources from Xavier School of Management-one of India’s top B-school, situated in Jamshedpur, in 1992, where she was awarded a gold medal.

She started her career as a management trainee at Unilever in 1992. She was one of the rare female employees of her time who opted for factory roles. In her early years, she worked at various Hindustan Unilever Limited (HUL) factories that include West Bengal’s Kolkata, Tamil Nadu’s Ambattur, and Maharashtra’s Taloja.

In 1993, Indian origin Leena Nair was appointed as the factory personnel manager of Lipton (India) Ltd, a tea brand owned by HUL.

She was appointed as the Employee Relations Manager by HUL in 1996 and was later ranked as the HR manager of Hindustan Lever India by 2000.

With her gradual growth in the organization, she held the post of Unilever’s senior vice president, HR, in 2013, and in the same year, she also took over as the global head of diversity.

She spent over 30 years at the organization handling and managing different job roles, with the most recent role as the chief of human resources and a member of the company’s executive committee. With her steady growth at various ranks, she was declared the “first female, first Asian, youngest ever” Chief Human Resources Officer (CHRO) at Unilever in 2016. Nair was also a member of the Unilever Leadership Executive (ULE).

While exiting from Unilever, the Indian origin Leena Nair also showed her gratitude towards Unilever. She tweeted, “I am grateful for my long career at Unilever, a place that has been my home for 30 years. It has given me so many opportunities to learn, grow and contribute to a truly purpose-driven organisation. I will always be a proud advocate of Unilever and its ambition to make sustainable living commonplace.”

After being declared the CEO of Chanel, Indian origin Leena Nair has joined the list of executives who hail from India and have taken up top roles in some of the biggest global companies in recent years. Another current name added to this list was Parag Agrawal, the new CEO of Twitter replacing Jack Dorse.