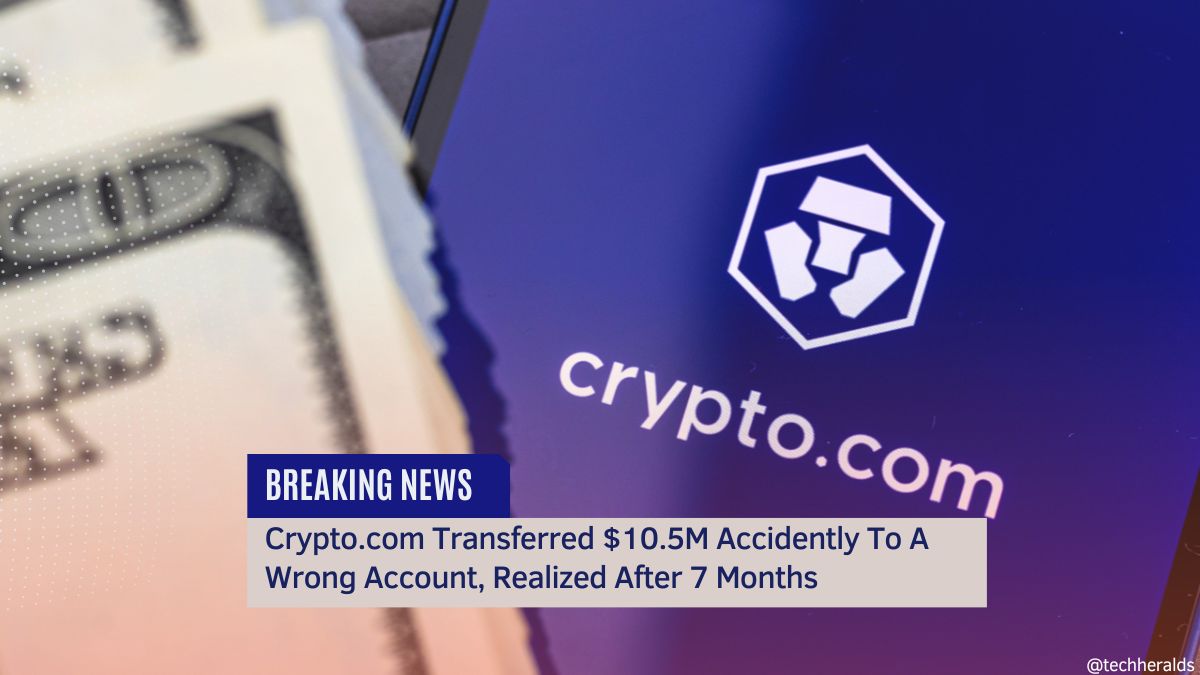 While processing a $100 refund, the crypto exchange platform Crypto.com made an oversight that transferred $10.5 million to an Australian lady. The company was unaware of the mistake for more than seven months.

After paying Hollywood actor Matt Damon to appear in a Super Bowl commercial with the slogan “fortune favours the brave,” the company found out in December 2021 that it had mistakenly transferred the fortune to Melbourne resident Thevamanogari Manivel, seven months after the mistake had occurred. The commercial featured the slogan “fortune favours the brave.”

After a blunder caused Manivel’s account number to be placed into the box for the payment amount, Crypto.com, which in Australia is known as Foris GFS, made the wrong decision to reimburse Manivel for $10.5 million rather than the usual $100.

This year, the firm filed a lawsuit in the Victorian supreme court, and in February, it was permitted to freeze Manivel’s account at Commonwealth Bank. However, the majority of the money had already been moved to other charges, which were also eventually blocked by the court.

In February, the court was told that $1.35 million of the money had been used to purchase a house in Craigieburn, located in the northern part of Melbourne. The title of the residence was then forwarded into the name of Manivel’s sister, Thilagavathy Gangadory, who now resides in Malaysia.

Because Gangadory did not respond to emails sent to her by the solicitors working for Crypto.com, the attempts to serve her with the freezing orders were unfruitful. The only piece of correspondence that was turned up to the court was an email response to Manivel’s attorneys that said, “received, thank you.”

The attorneys told the court for Manivel that Crypto.com had been advised that Gangadory was “seeking legal assistance.”

Consequently, Crypto.com was granted a default judgement, which required Gangadory to sell the property as quickly as possible. The sale proceeds are to be paid to Crypto.com, with interest in the sum of $27,369.64 and any associated charges. While the matter was still pending in court, Crypto.com refused to speak more on the subject.

1 thought on “Crypto.com Transferred $10.5M Accidently To A Wrong Account, Realized After 7 Months”