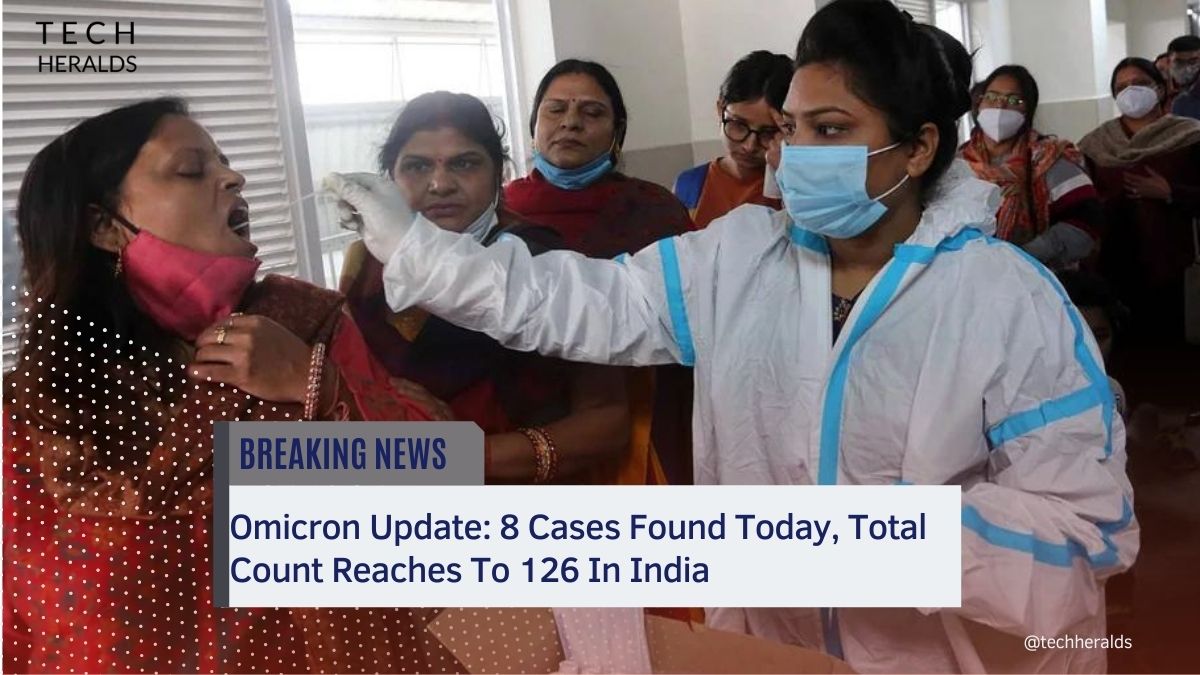 Omicron update on Saturday 18 2021 notified total of eight new patients infected with the Omicron strain of Corona. The infected individuals reported today come from various places around Maharashtra, including three patients from Satara, one patient from the Pune Municipal Corporation (PMC) district, and four patients who tested positive at the Mumbai International Airport.

All four patients who were confirmed to be infected with Omicron at Mumbai International Airport are asymptomatic. One of them is a resident of Mumbai, while the other is from Chhattisgarh, one is from Kerala, one is from Jalgaon, and the other is from various parts of the states. These infected individuals were returning from a foreign country. One was from England, one was from Tanzania, and the others were on their way back from their trip to East Africa.

For December 18 Omicron update, the overall number of Omicron-infected individuals in Maharashtra had reached 48, with 18 cases originating in the city of Mumbai. On the other hand, the total number of Omicron-infected individuals in India has already reached 126. Omicron, a variant of Corona, is quickly spreading in the Indian states of Kerala, Karnataka, and Maharashtra. The spread of Omicron has been recorded by both the central and state governments in 11 states and two union territories.

State-wise Count Of Infected People As Per Omicron Update

The total number of patients in these 11 states and territories are Andhra Pradesh (1), West Bengal (1), Chandigarh (1), Tamil Nadu (1), Gujarat (7), Telangana (8), Kerala (11), Karnataka (14), Rajasthan (17), Delhi (22) and Maharashtra (43).  The Omicron update shown above clearly demonstrates that Maharashtra has the highest number of Omicron patients in the country.

Omicron update from the United Kingdom also shows that the number of Omicron cases is increasing rapidly in the United Kingdom and other parts of the world. The number of infected patients increased by more than 10,000 in only 24 hours on December 18, bringing the total to 25,000. The number of infected persons was 24,968 when the count was taken a day earlier. The British Health Authority reported seven deaths, which was the highest number ever registered.

In the wake of the new Omicron variant of the coronavirus and the upcoming Christmas-New Year festival days, Mumbai civic chief IS Chahal said people in the city should avoid crowding in hotels, restaurants, cinemas, and shopping malls and that attendance caps for weddings and other functions must be strictly adhered to. Chahal was speaking at the Mumbai Municipal Corporation’s annual general meeting. He went on to say that ward-level teams will be established to deal with anyone who violated the Covid-19 policy.

According to the news agency PTI, approximately 16 pupils from a school in Ghansoli, Navi Mumbai, have tested positive for Covid and have been admitted to a nearby Covid Care Center, which was reported this weekend. According to a Navi Mumbai Municipal Corporation (NMMC) representative, they are pupils in Classes 8 to 11.

As the number of Omicron cases in the nation continues to rise, the Indian Council of Medical Research (ICMR) has issued a plea for people to avoid unnecessary travel and large gatherings and participate in low-intensity festivals. Twenty-four districts from seven states, including nine in Kerala and eight in Manipur, will be subjected to “local restrictive measures,” which would be imposed if the weekly test positive rate rises over 5 percent.