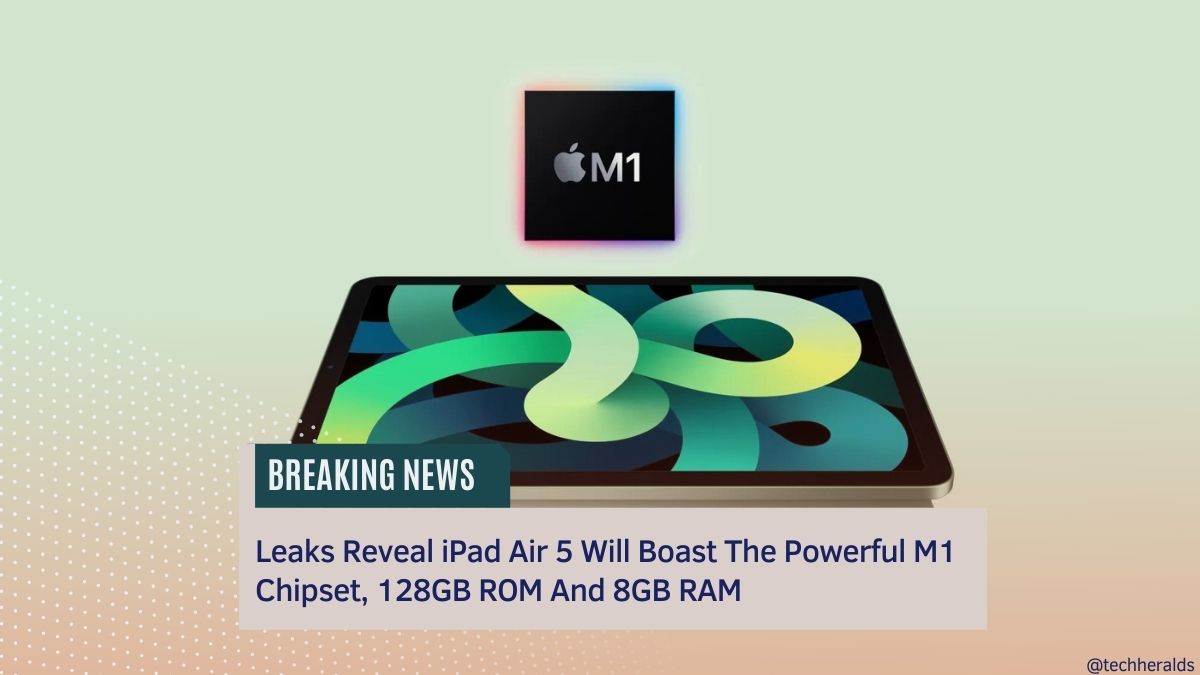 Apple is finally upgrading the iPad Air 4 with a new model that’s been a long time coming. The iPad Air 5 is here, and it’s powered by the A15 Bionic chip and Apple’s M1 chip, which are also included in the more costly iPad Pro line. The iPad Air 5 has an updated design, including a larger screen with slimmer bezels and unique colors and finishes. The tablet’s software has been updated to match its upgraded hardware, including a new Touch ID system built into the power button and an improved camera on the front of the device.

The iPad Air 5 is powered by Apple’s latest A15 Bionic processor and supports 5G networks. It means that the tablet can connect to the fastest available cellular networks, which is ideal for using data-intensive apps wherever you go. It also has a 10.9-inch Retina display with True Tone technology, adjusting the color temperature based on ambient lighting conditions.

The iPad Air 5 and the iPad Air 4 have almost the same design. Along with that, the iPad Air 5 has retained a 10.9-inch Liquid Retina display with 3.8 million pixels and 500 nits of brightness from its predecessor. You’ll find other similarities between the two devices, such as True Tone technology, anti-reflective screen coating, and broad color range support for P3.

The iPad Air 5 also features a slim and light design that Apple claims “delivers an experience unlike any other when combined with the Liquid Retina display and landscape stereo speakers.” It may be accessed using a Touch ID sensor, integrated into the top button like the previous Generation. The tablet has several upgrades over the previous model, including M1 processor performance and 5G connectivity, both of which users have been anticipating for some time now. According to Apple, their newest tablet can achieve peak rates of up to 3.5Gbps under optimal conditions. eSIM and WiFi 6 capabilities are also included as extras in this package.

The iPad Air 5’s most noticeable external change is the USB-C connector. This is identical to the port on the previous model, but it is now up to two times faster, allowing for data transfer speeds of up to 10Gbps. Moreover, a wide range of USB-C accessories, such as cameras, external storage, and displays with resolutions of up to 6K, can be connected to the iPad Air 5 through the port.

Other than that, the optics have also seen some improvements. The number of sensors on the back and front is still the same as before, but it now supports Center Stage technology. The 12MP ultrawide with Center Stage technology on the front of the camera intelligently detects your movement and keeps them in view as you move. If more participants join a video discussion, the camera recognizes this and seamlessly zooms out to accommodate them in the conversational space. In addition to recording 4K video and a 12-megapixel sensor, the iPad Air 5’s rear sensor can also scan documents and create AR-related content.

The tablet will be available in various colors, including pink, purple, and blue, in addition to space grey and starlight. There are a variety of accessories that can be purchased separately for $129, including the Apple Pencil 2nd Generation, which is compatible with the device. There will be more than 30 languages supported by the Magic Keyboard when it launches in black or white for $299. In addition to being available in several areas, there is also the Smart Keyboard Folio for $179 and a more basic Smart Folio for $79 that comes in a variety of colours such as white, electric orange, dark cherry, English lavender, and sea blue.

Apple revealed the iPad Air 5 will be available for pre-order on Friday, March 11. The iPad Air 5 is an excellent choice for college students, instructors, staff, and homeschool teachers of all grade levels. The 64GB WiFi-only model will retail for $549, while WiFi + Cellular models will begin at $749 in the United States. The iPad Air 5 comes with two new accessories: the Smart Keyboard Folio and the Magic Keyboard. The Smart Keyboard Folio can be had for $159, while the Magic Keyboard is available for $279. For drawing/writing tasks, Apple also released a second-generation Apple Pencil, available for $119.