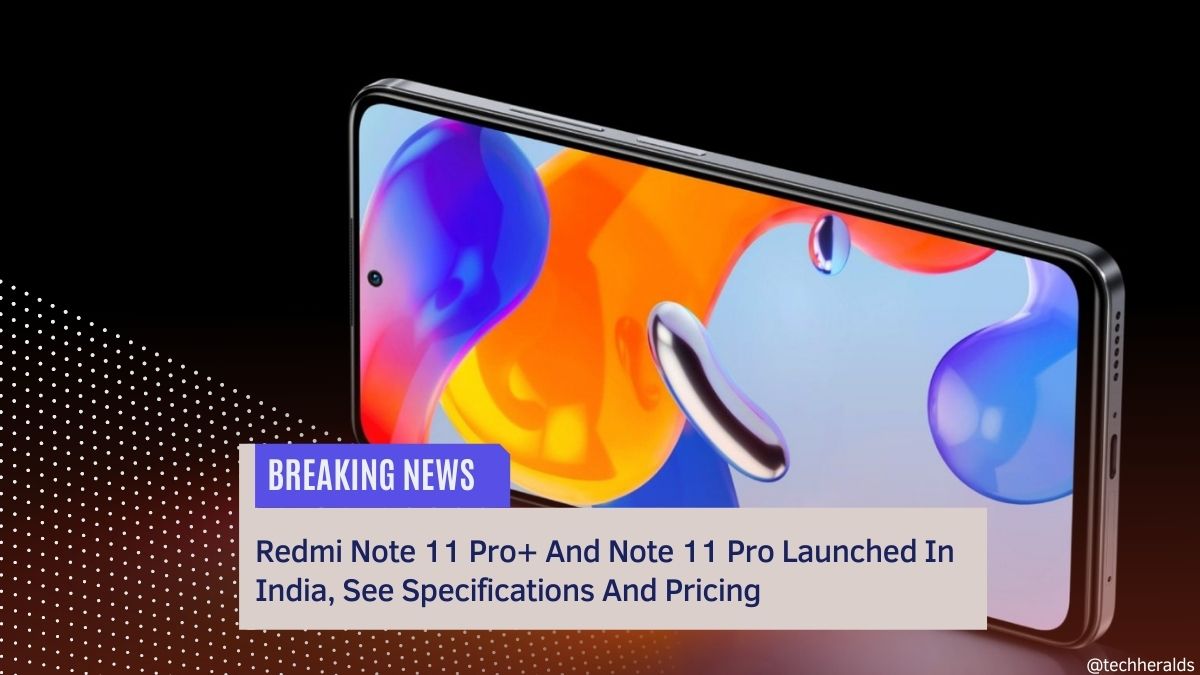 The Qualcomm Snapdragon 695 chipset powers the Redmi Note 11 Pro+ and its siblings. The phone also has a 6.67-inch 1080p S-AMOLED display with HDR10 support and a 120Hz refresh rate. With this screen, you can play games and watch movies on your phone in 1080p resolution. The upcoming smartphone supports up to 8GB of RAM, up to 3GB of virtual RAM, 256GB of storage and a dedicated MicroSD card slot expandable up to 1TB.

In terms of camera performance, the Redmi Note 11 Pro+ considers itself one of its unique selling points. With a quad rear camera system comprising of a 108MP primary sensor coupled with an 8MP ultra-wide lens and two 2MP sensors for macro photography and depth awareness, it can capture high-resolution images. A 16MP selfie camera with a punch-hole display is located on the front of the device. The device also has Portrait mode, Night mode 2.0, Pro time-lapse, and many other features that make it ideal for photography enthusiasts.

The phone has a 5,000mAh battery and can quickly charge at 67W. It is powered by MIUI 13, based on the Android 11 operating system. This device is shipped with an integrated 67-watt charger, which may be found in the box. Other features include dual stereo speakers, LiquidCool technology, a side-mounted fingerprint reader, Face Unlock, Z-axis Linear Motor Haptics, IP53 water and dust resistance, an infrared blaster, and a 3.5mm audio connector.

The phone features a 6.67-inch Super AMOLED display with a refresh rate of 120H and rapid charging capabilities with 67W Turbo Charge and 108MP quad rear cameras. The front-facing camera is identical to that of the Note 11 Pro+.

The Redmi Note 11 Pro only supports a 4G connection, which is significantly different from previous models. In addition, it is powered by a new chipset, the MediaTek Helio G96, than the previous model. It features a top of 8GB of RAM and an internal storage capacity of 128GB. Additional features include dual stereo speakers, LiquidCool technology, an infrared blaster, a 3.5mm audio input, and IP53 splash protection, among other things.

The Xiaomi Redmi Note 11 Pro+ is available for purchase now, beginning at Rs 20,999, while the Redmi Note 11 Pro will be available starting on March 23. The devices may be purchased via Amazon India and Mi.com, and offline retail shops.

Apart from purchasing the new phones at their usual prices, customers interested in buying either phone may exchange their previous Redmi Note smartphones for either phone, earning them an additional Rs 2,000 in royalty payments.