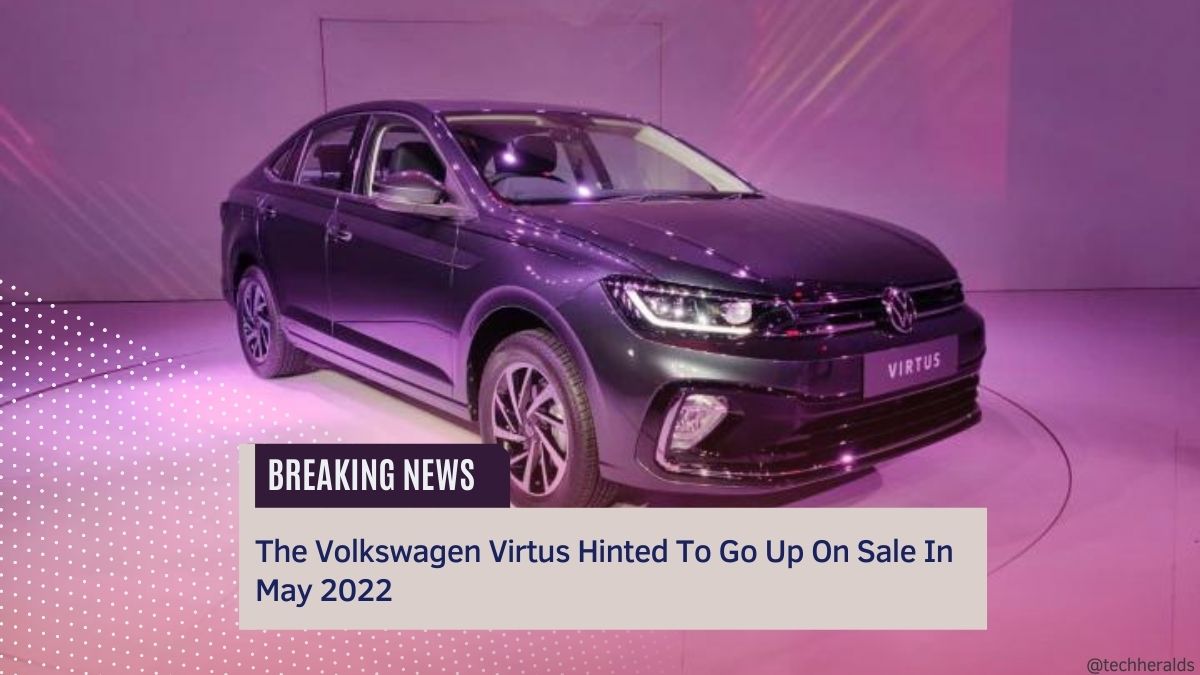 The Volkswagen Virtus made its way to India and speculations suggest that the car will go up on sale somewhere around May 2022. Virtus, the successor of Vento sedan launched in 2010, is the uplifted version of VW Virtus global model specifically built for India.

The Virtus is stunning from every angle. The most striking feature of the vehicle is its crisp and dynamic appearance. The grille and bumper are accented with elegant chrome, and the headlights are wrapped around the vehicle’s whole front end. When seen from the side, it becomes obvious that its silhouette, glasshouse and shoulder line are almost identical to those of Volkswagen’s other popular car, the Skoda Slavia. The rear of the redesigned Virtus is distinguished by the presence of wraparound taillights and a well-thought-out bumper design.

The Virtus 1.5’s top-of-the-line configuration will be referred to as the Virtus GT, comparable to the Taigun GT. The exterior of the Virtus GT is heavily accented with black trim, which helps it outshine the rest of the line-up.

The Volkswagen Virtus is built on the same platform as the Skoda Slavia, so it’s no surprise that it has similar specifications. In terms of size, it’s one of the largest sedans in its segment with dimensions of 4,561mm in length, 1,752mm in width, 1,507mm in height, and a wheelbase of 2,651mm. It features a 521-litre boot.

The Volkswagen Virtus’ interior design is contemporary and eerily similar to that of the Taigun: from its laminated dashboard befitted with an integrated 10-inch touchscreen infotainment system to Volkswagen’s new three-spoke steering wheel. The GT model has red accents on the dashboard, red stitching and aluminium pedals to add a sporty touch.

What’s Under The Bonnet Of The Volkswagen Virtus?

The new Virtus comes with two turbo petrol engine choices: a 1.5-litre four-cylinder TSI that produces 150hp and 250Nm (Performance Line models only) and a one-litre three-cylinder engine that produces 115hp and 175Nm (DynamicLine models). A 6-speed manual transmission is included as standard with both engines. A torque converter with 6 or 7 speeds for the 1.0 TSI and a dual-clutch transmission with 7 or 8 speeds for the 1.5 TSI are available options

While Volkswagen may have missed the mark by releasing a midsize sedan, according to Jato Dynamics, it did so at a time when SUVs are becoming more popular. The German automaker introduced the sedan when SUVs had 38 per cent of the Indian auto market by 2021. In the previous three years, more than 22 new SUVs have been introduced in the country.

In an interview with BloombergQuint, Ashish Gupta, brand director at Volkswagen Passenger Cars India, “When seen from an Indian viewpoint, the sedan body type accounts for 12-14 per cent of the whole market.” “There is a market,” he said. “In addition, the luxury mid-size car sector, into which we are introducing the Virtus, has been devoid of variety and options for buyers.”

It’s predicted that Volkswagen will introduce the redesigned Virtus in the coming months. As soon as it goes on sale, it will face up against its sib, the Skoda Slavia, and the rest of the midsize sedan class, which includes the Honda City, Hyundai Verna, and Maruti Suzuki Ciaz.