Crypto Penetration In Spain Only 7% 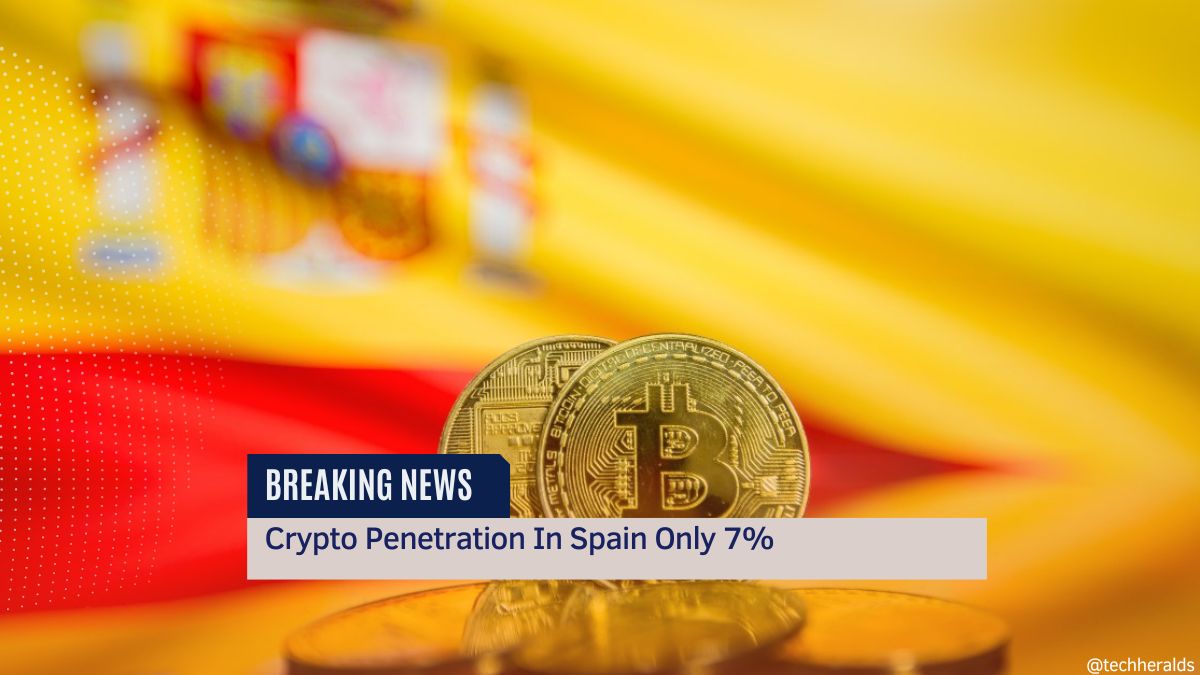 A new report by the Spanish National Securities Market Commission reveals the crypto penetration in Spain. According to the report, only 6.8% of Spaniards currently have some of their money invested in cryptocurrencies.

The majority of them came from the high-income group; those on lesser wages do not find this asset class as alluring. Spain is still far behind other nations in adopting cryptocurrencies. According to a Gemini poll conducted a few months ago, Brazil and Indonesia are the leading nations worldwide.

The National Securities Market Commission conducted interviews with 1,500 people in Spain to determine the crypto penetration in Spain and what proportion of them had purchased digital assets. The results show that 6.8% of respondents had previously bought bitcoin or another cryptocurrency, albeit the percentage varies by demographic group.

Also Read: Instagram NFT Feature To Be Available In 100+ Countries

The vast majority of cryptocurrency investors are young and well-off, with nearly half holding university degrees. The most common reason for investing in cryptocurrencies is the pursuit of a better future, while another third claim they do so because they are interested in making a profit.

Interestingly enough, only 7% of people between the age groups of 55 and 70 recognize themselves as cryptocurrency investors, compared to 36% of those aged 35 to 44. This suggests that people who are younger and more educated are significantly more inclined to invest in cryptocurrencies than those who are older or less educated.

The survey also found that people with steady employment earn higher incomes than those who work for themselves or have irregular jobs. According to the survey, 10.7% percent of Spaniards earning less than 1,000 euros have invested some money in the market, compared to 41% of those with salaries above 3,000 euros.

In Spain, bitcoin is not as popular a currency as in other countries. However, digital assets are regarded as a legitimate type of investment. At the same time, taxes on capital gains from the selling of cryptocurrencies range from 19 to 23%.

In comparison to Brazil and Indonesia, Spain looks to have a low degree of bitcoin acceptance. In a survey conducted by the trading platform Gemini, 41% of respondents from those countries are HODLers.

It is important to remember that Brazil and Indonesia are experiencing severe economic crises, and that the absence of basic financial services access in these countries may be the reason for the interest in this asset class. Since the Brazilian real and the Indonesian rupiah have lately declined in value (by 16% and 18%, respectively), buying cryptocurrency may potentially be seen as a hedge against inflation.