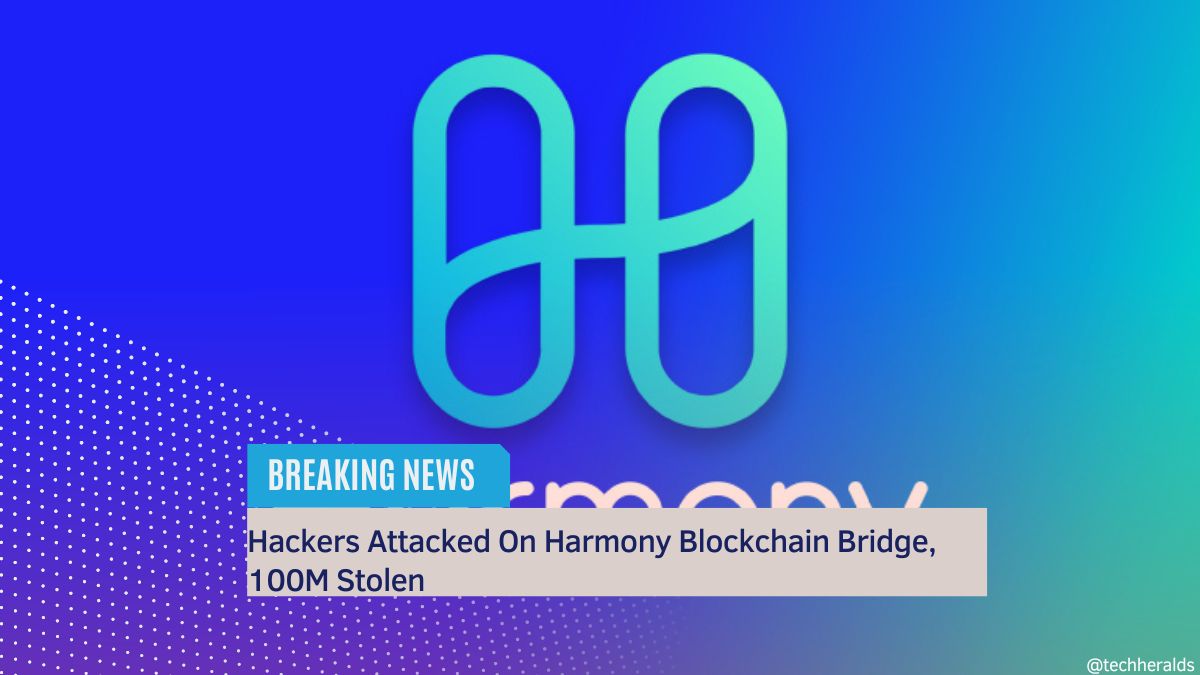 According to the most recent information, unidentified intruders have breached the Harmony Blockchain Bridge. The Harmony network had a flaw exploited by the attackers, who made off with at least $100 million worth of digital tokens. The Harmony network cyberattack may have been the most costly in terms of damages.

What Is Harmony Blockchain Bridge?

Harmony is a blockchain firm that develops cross-chain bridges—often called blockchain bridges—that let users transmit assets from one blockchain to another and promote communication between them. Users may transfer assets, such as tokens, stablecoins, and NFTs, across the Ethereum, Binance Smart Chain, and Harmony blockchains by using Harmony’s Horizon bridge, for instance.

A “malicious assault” on the exclusive Horizon blockchain bridge was discovered on Thursday, according to Harmony, the American cryptocurrency firm that developed Horizon. They also said that they have begun collaborating with local law enforcement and forensic experts in order to identify the attacker and recover the stolen funds.

In a recent tweet, Ape Dev, a researcher and investor warned that Harmony Bridge’s security, a multi-sig wallet built on top of the Ethereum blockchain, was built with just four owners. The system’s security is said to be “pretty basic” and can be used to carry out an attack. Harmony’s developers were given plenty of time to take precautions before this happened.

The Harmony hack has caused users to desire to remove tokens from blockchains. For instance, in February, Wormhole Bridge suffered a $326 million loss due to a significant breach, while Ronin lost $625 million. This year, they have endured $1 billion in losses altogether.

The company claims to have halted the bridge by stopping a lot of transactions and concentrating on the hacking issue. The business expects a single account to be the primary offender. They tweeted about it in a series. It won’t have an effect on the unreliable BTC bridge, not even the value and funds it has held.

Thanks to the Twitter thread, people and followers may be confident that Harmony is fully engaged. The company’s ongoing investigation to identify the perpetrators and want to preserve the bridge once again is the cause.

They went on to say that they will continue their investigation into who was behind it and what measures need to be taken in order to keep it from happening again.

Users might trade assets on the Horizon bridge. They may trade tokens, stablecoins, and NFTs, for instance, between the Harmony, BSC, and Ethereum blockchains.

In order to take advantage of the network, the attackers accurately comprehended the bridge’s functioning. Blockchain data reveals that they have not sent any funds to Tornado Cash or other privacy swap providers.