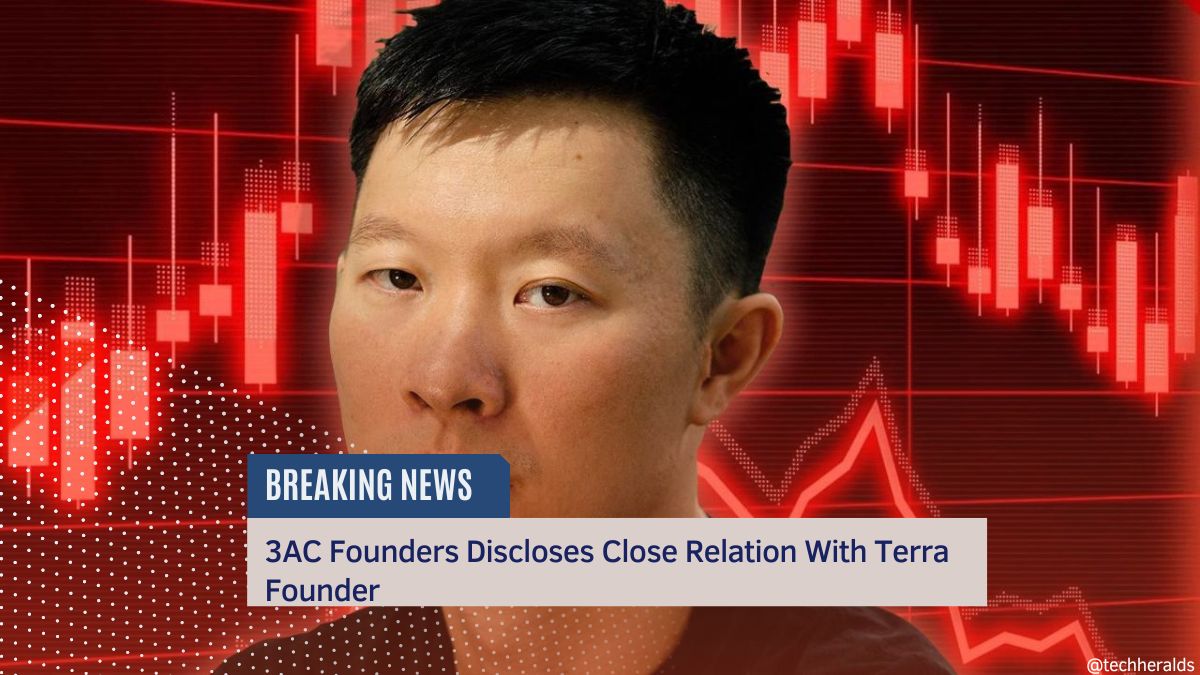 3AC founders, a fraudulent cryptocurrency hedge fund, have disclosed close relation with Terra founder. The founders had filed for bankruptcy during the first week of July, have finally been located.

In an interview with Bloomberg, the two 3AC founders, Su Zhu and Kyle Davies, admitted that the overconfidence that resulted from a multiyear bull market led to a series of poor decisions that should have been avoided. This overconfidence was caused by the fact that lenders saw an increase in their value as a result of financing companies such as 3AC.

Also Read: The Number Of Crypto Users Might Increase To 1 Billion

However, bankers and investors alike were not aware of any illegal activities related to 3AC or its founders until it occurred publicly on July 2nd. The company stated that it would be liquidating all of its assets and closing its doors after failing to repay debts worth $719 million USD in just two weeks time.

According to a report released by Bloomberg on June 27th, both Zhu and Davies were officially charged with conspiracy to commit wire fraud and securities fraud by US federal prosecutors. They are also facing charges related to their involvement in operating an unregistered investment scheme between January 2014 through March 2017.

Zhu Yunqing, one of the founders of Luna, has made a public statement regarding their relationship with Do Kwon and Terra. Zhu disclosed that they had high hopes for the company’s future success, but he said that their proximity to Terra caused them to ignore important warning signs regarding the company. This ultimately resulted in them investing $500 million into Luna going to waste.

Zhu went on to explain: “Had we been able to recognise that, you know, this was now possibly like attackable in certain respects, and that it had gotten too, you know, too large, too quickly,” you would not be in this situation.

The company’s two founders said that the LUNA investment was unquestionably detrimental to the business. Nevertheless, it was really when Bitcoin (BTC) dropped below $20,000 that things started going downhill for them.

“Throughout the whole of that time period, we carried on with our business as normal. However, following that day, when the price of Bitcoin dropped from $30,000 to $20,000, you know, that, it was a really difficult time for us. And that was it, it turned out to be the type of thing that was kind of like the last nail in the coffin.” They added further.

They also cleared the air on the $50 million yacht that was reported in the newly filed court case. The founders refuted any charges that they took money out of 3AC before it went bankrupt. Zhu said that the yacht “has a comprehensive money trail” and that it “was acquired over a year ago and commissioned to be constructed and to be utilised in Europe.” Zhu also stated that the boat “was used in Europe.”