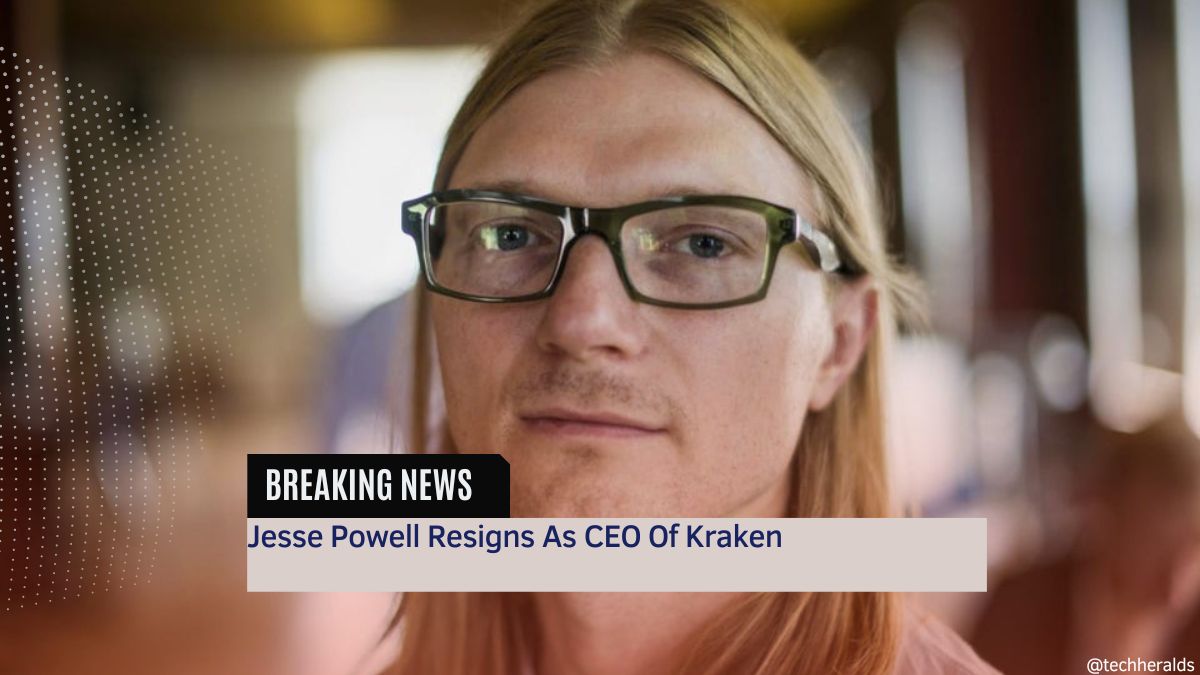 Jesse Powell, the outrageous crypto advocate, revealed that he is giving up his CEO position of Kraken.  Powell established Kraken in 2011 and was an early supporter of bitcoin (BTC).

He has been at the heart of various disputes that are linked to the firm. Powell’s comments in June, in which he slammed a group of “woke activists” working for the firm and advised disgruntled workers to leave, sparked a social and political controversy that destabilized the cryptocurrency sector.

In the month of July, the reports revealed that the United States Treasury Department was conducting an investigation into the cryptocurrency exchange Kraken for allegedly violating international sanctions on the Iranian government by enabling Iranian users to utilize the site.

In the month of July, the reports revealed that the United States Treasury Department was conducting an investigation into the cryptocurrency exchange Kraken for allegedly violating international sanctions on the Iranian government by enabling Iranian users to utilize the site.

Jesse Powell has disputed that these scandals were a driving force behind his move to give up as CEO of Kraken, saying Bloomberg that he told the board of Kraken’s over a year ago of his intention to leave the company.

According to what Powell said in an interview the day before, he does not believe himself “to be an exceptional manager.” His position will be taken up by COO David Ripley.

Jesse Powell said that “I actually more so appreciate the job as an individual contributor,” which roughly translates to “getting into the weeds on the product things.”

Powell said he’s not able to monitor certain activities as CEO, including pushing Kraken toward an Initial Public Offering. He explained himself by saying, “I’m much more like a zero-to-one sort of man.”

In the beginning of this year, Powel was subjected to criticism for alleged offensive remarks; in response, he lashed out at employees by announcing in a tweet, “Back to dictatorship,” and by inviting employees who were unhappy with the culture of the company to “jet ski” into their future with a promise of four months’ pay. Powel received some negative attention for these actions. However, he said that he had no intention of “jet skiing” himself. He will continue to serve on Kraken’s board.

Powell has said that he wants to put more of his energy into advocacy efforts, noting that there are many “poor plans” coming from Government.

Also Read: Ethereum Coin Price Could Plunge After The Merge

“There’s some terminology and some law that’s come out that’s kind of indirect assaults against crypto,” he added. “There’s also some legislation that’s come up.” “I don’t know whether it’s done purposely, or if the architects of the law simply genuinely don’t comprehend what the consequences are of the phrasing,” said the reporter.

Powell admitted that cryptocurrencies are a problem for both the national economy and the national security, but he said that “it would be a tragedy if we implemented some rules that simply effectively pushed all the bitcoin firms to move abroad.”

1 thought on “Jesse Powell Resigns As CEO Of Kraken”