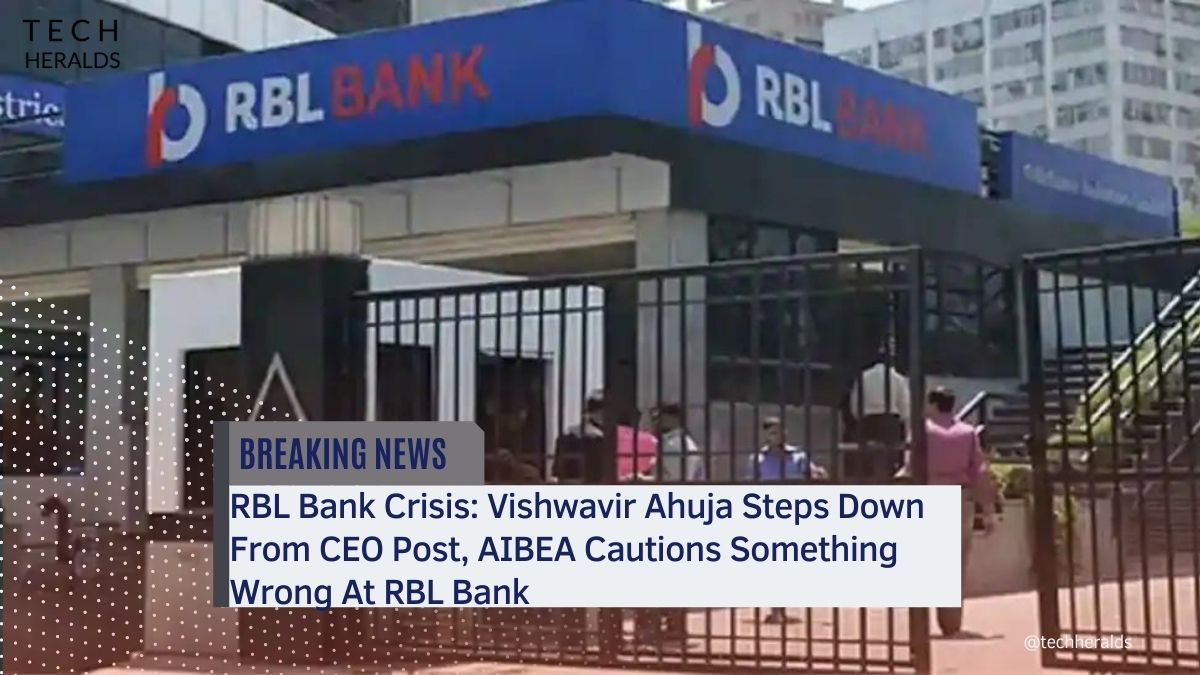 While the rest of the world was busy celebrating Christmas eve, there seemed to be some massive events happening in the RBL that indicates RBL Bank Crisis like situation . The 78 years old bank lost its existing MD and CEO. Additionally, the Reserve Bank of India appointed Yogesh Dayal as an additional director on the bank’s board.

Before the RBL Bank crisis, Yogesh K Dayal was serving as chief general manager in the communication department. The central bank also announced indefinite leave for the existing CEO and MD of RBL Vishwavir Ahuja, who hosted the CEO and MD post for the past ten years. Therefore, Rajeev Ahuja was selected as an interim CEO and MD, which is still subject to approval from the authorities.

The cause that invoked RBL Bank crisis is still uncertain, and speculations were doing the internet rounds. The association of bank employees AIBEA had also written a letter to the finance minister of India, Nirmala Sitharaman, to bring to her notice that something was not going well inside the RBL Bank. The association also expressed its fear that the RBL Bank seemed to follow the Yes Bank and Lakshmi Vilas Bank’s footsteps.

The exact reason why these two actions took place leading to RBL Bank crisis remains clouded. As yet, neither the bank nor the regulator has furnished any justification.

Although, at the moment, the solid backdrop of the major events leading to RBL Bank crisis is still sparse. But the actions the Reserve Bank of India took in the case of RBL and a few other banks in the past clearly shows that India’s top bank wanted to monitor the finance and governance of the RBL bank closely. Often the Reserve Bank of India places its people into the management bodies of the private banks to carry out in-depth scrutiny.

At the moment, nothing clarifies the exact cause of the RBL Bank Crisis. However, the banking industry experts speculate either the RBI found discrepancies in the regulations at the RBL Bank, or the central bank of India doubted the RBL Bank’s integrity as a result of constant malpractices in the transactions.

The RBL Bank, in the last five years, has reported its overall advances been doubled. The bank has exceeded the mark of Rs 58,000 crores from Rs 29,000 crore back in 2017.

On the other hand, the non-performing assets and bad loans of the RBL Bank have also shown a tremendous swell. The bank’s NPA has risen to Rs 2,600 crores from Rs 357 crores in 2017.

Some reports reveal that the RBL Bank promoted retail credit, credit cards, and micro-financing. The bank is believed to have made a blunder by overlooking its financial situation.

The association of bank employees AIBEA said that it is imperative to take necessary actions to prevent the RBL’s customers from suffering as the customers of Yes Bank and Lakshmi Vilas Bank did when both the bank went into financial troubles. The AIBEA association also suggested merging RBL Bank with any public sector bank as a solution for RBL Bank crisis.

From 2001 through 2009, Vishwavir Ahuja served as the managing director and chief executive officer of Bank of America in India. To see this is to see that the RBI has been careful.